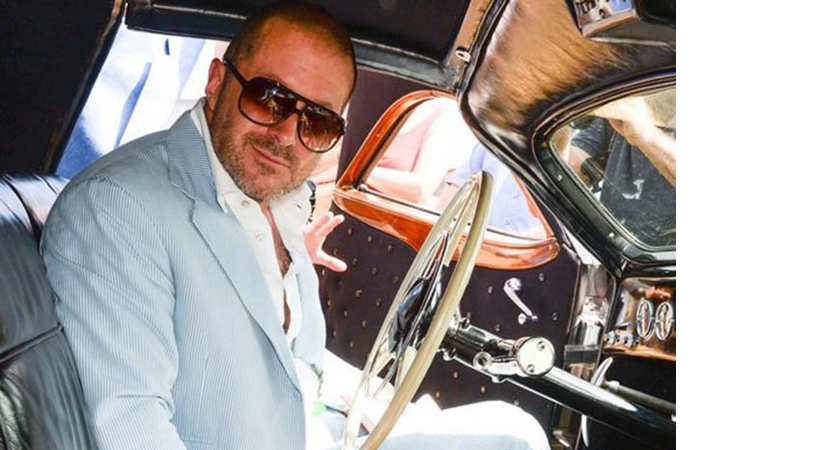 If you are having a hard time imagining Apple getting into the automobile manufacturing business — if you see it as a monumental distraction, far removed from the company’s core competencies — you are in good company.

But the hints that have piled up in the past week are intriguing. Jony Ive and his pal Marc Newson, we learn from Ive’s New Yorker profile, are as obsessed with car design as they are with watches. Veteran Apple VP Steve Zadesky, who according to the Wall Street Journal is assembling a 1,000-man team “researching different types of robotics, metals and materials consistent with automobile manufacturing,” is from Ford. Luca Maestri, Apple’s chief financial officer, spent a couple decades at General Motors.

All this has led some people who thought they knew Apple — understood the nature of the beast and the scale of its ambition — to think again.

People like Stratechery’s Ben Thompson, one of the keenest Apple watchers currently working the beat.

When I stated previously,” he wrote in his Daily Note (sub required) after the New Yorker profile landed, “that Apple has always been a personal computer company, that is because Jobs believed so deeply in the potential of the computer to change people’s lives. If Ive, as this profile argues, now serves Jobs’ function as the soul of Apple, my characterization is surely obsolete: perhaps we need to think of Apple as a design company with a specialty in computers, not the other way around. And it’s much more plausible to imagine that Apple building a car.”

Cars, he points out, are packed with special purpose computers that are retrofits of a century-old concept. Electric cars, on the other hand, are computers with wheels attached. Apple makes computers. And the batteries that power them.

“I still think a car is unlikely,” Thompson concludes. “But it’s no longer impossible.”

One more thought: For a company that prides itself in making technology “personal” — from the personal computer to the Apple Watch (“the most personal product we’ve ever made”) — there is nothing quite as personal as a car. McDonald Harris put it well in the New York Times circa 1979 (as quoted in Kenneth Jackson’s Crabgrass Frontier):

The human animal has two profound and conflicting impulses. He wants to be safe and warm, snug, enclosed, ‘at home.’ And he wants to roam the wide world, to see what is out there beyond the horizon. The automobile is a kind of house on wheels, but it will take you anywhere you want to go. You can conduct your sex life in it, you can eat and drink in it, go to the movies, listen to Vivaldi or the Stones, and you can dominate others, if you have more power and are adept with the gearshift lever. It is a whole existence. Or it is till the gas runs out.”

UPDATE: Asymco‘s Horace Dediu, who follows both Apple and, in Asymcar, the automobile industry, responded to my query after this was posted. Thompson’s design-company-that-happens-to-make-computers theme “seems very thin,” he says. “The design angle gets media attention every time Jony Ive is interviewed. That is a calculated move by the company to guide the PR. Apple is not easily boxed into a single meme.” Apple, he says, could make a car. “Easily. But I think the effort is now in a post-design/engineering stage. It does not mean it will be released. The complexities of ground transportation are far higher than computing and even telecommunications. It is a place Apple can make a ‘unique contribution’ but timing is everything.”

SAVE THIS QUOTE: Former GM CEO Dan Akerson to Bloomberg, about Apple:

They’d better think carefully if they want to get into the hard-core manufacturing. We take steel, raw steel, and turn it into car. They have no idea what they’re getting into if they get into that.”

Akerson must not have heard what Palm CEO Ed Colligan’s said about Apple just before the iPhone came out: