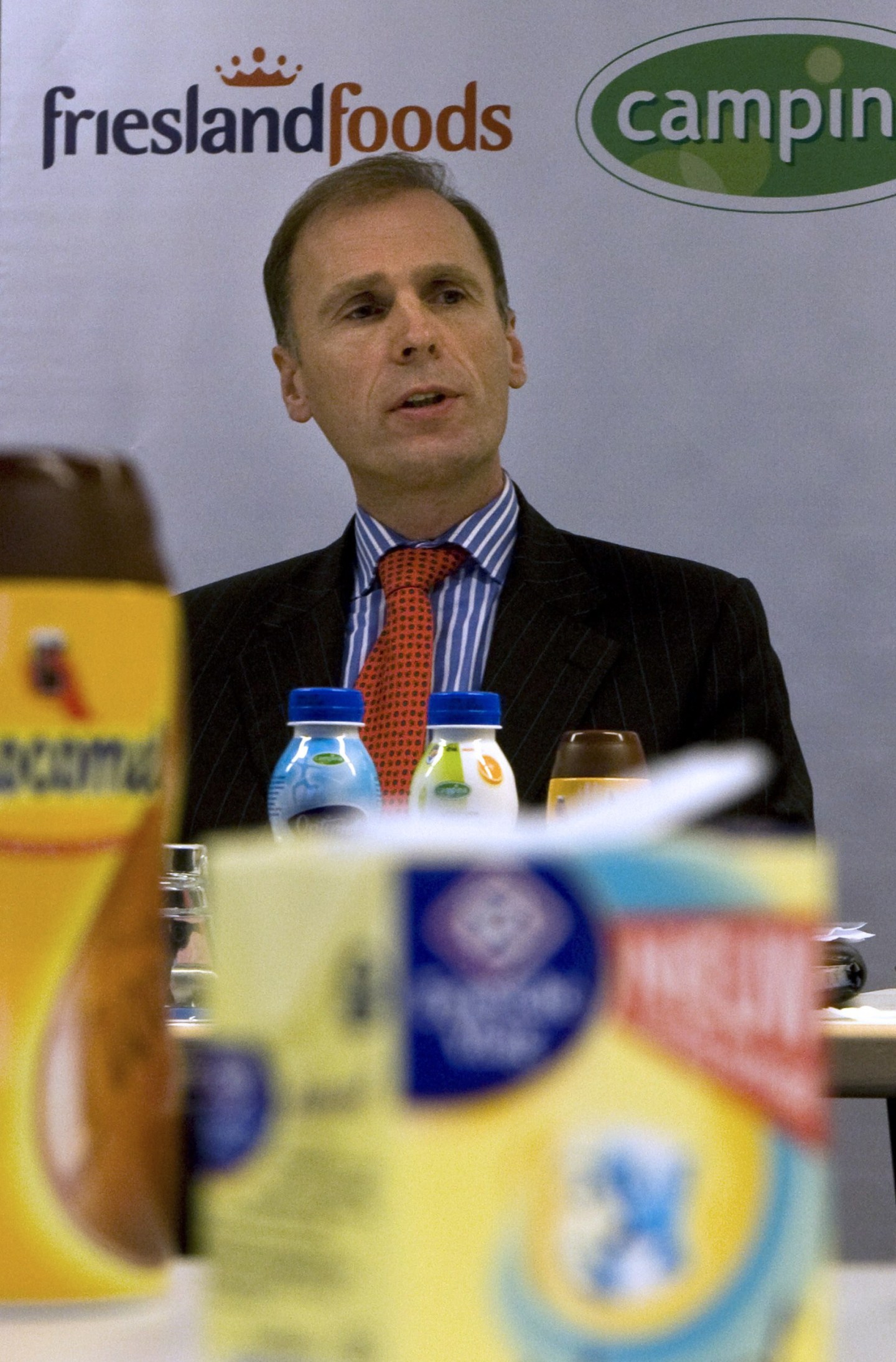 Carlsberg Chief Executive Jørgen Buhl Rasmussen will retire this year and be succeeded by a Dutch executive who will be the first non-Dane to steer the 168-year-old beer producer.

The Danish beer maker, the world’s fourth largest, announced the CEO transition on the same day that it reported earnings per share and gross beer sales volume declined for the second straight year in 2014.

The company’s results have been pressured by weak Russian and Ukrainian beer demand, where an ongoing geopolitical crisis has pressured sales for Carlsberg and some of its rivals. Carlsberg, responding to the profitability challenges, on Wednesday said it would aim to cut costs and likely stay away from mergers and acquisitions in 2015 as it aims to improve short-term profits.

Buhl Rasmussen, who had served as president and CEO since 2007, will be replaced in those roles by Cees ‘t Hart. The Dutchman had served as CEO of dairy producer Royal FrieslandCampina since 2008 and previously served as an executive at consumer products giant Unilever for 25 years, where he held executive positions across Eastern and Western Europe and Asia.

That is key experience that Carlsberg will look to tap as Russia is an important market for the company. It is one of the largest players in Russia, which is one of the world’s biggest beer markets. The climate there for alcoholic beverages has soured as the government increased excise taxes and banned many forms of alcohol ads to dissuade excessive drinking. Carlsberg’s challenges in that market have led the company to close two of its ten breweries in that region, a move to reduce capacity by about 15%.

Carlsberg, founded in 1847 by Jacob Christian Jacobsen, was named after his son Carl and the bjerg, or hill, on which the brewery was built. A fascinating timeline of the company’s history and executive leadership can be found here.