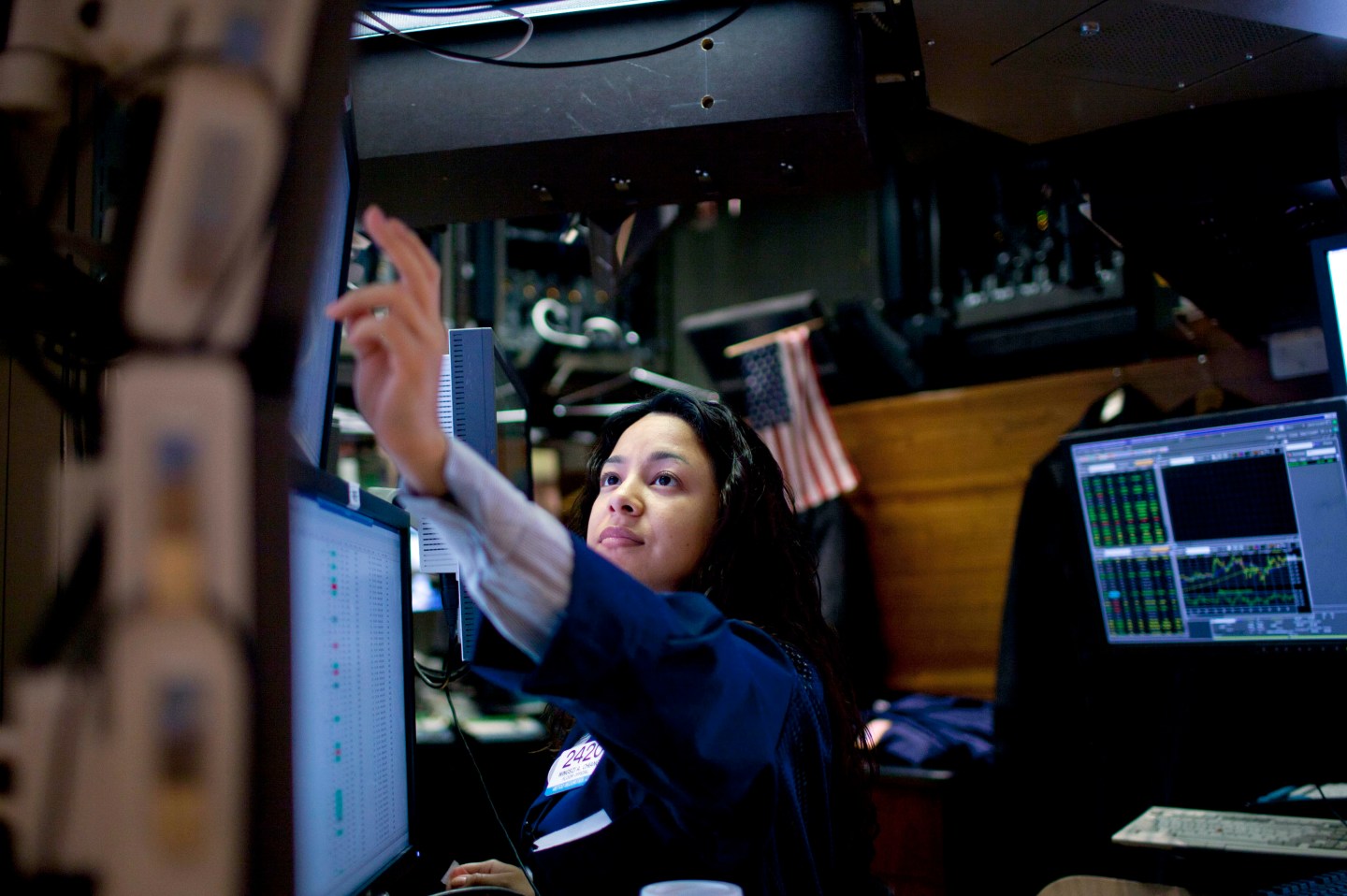 A trader checks her monitor floor of the New York Stock Exchange in New York, U.S., on Monday, Jan. 3, 2012. Stocks surged, driving the Standard & Poor's 500 Index to a two-month high, and commodities climbed on signs of increasing manufacturing output around the world. Photographer: Jin Lee/Bloomberg via Getty Images
Photograph by Jin Lee — Bloomberg via Getty Images

U.S. stocks turned positive for the year Tuesday as the market rebounded following two-straight days of losses because of economic uncertainty and concerns about Europe.

The Dow Jones Industrial Average gained nearly 140 points, or 0.8%, to finish at 17,869. The blue-chip index received help from Coca-Cola’s (KO) earnings report, which beat Wall Street estimates and boosted the beverage-maker’s stock by 2.8%. The Dow is now about 45 points in the black for 2015 after dropping more than 3% during January before erasing most of those losses with a two-week rally that ended last week.

The S&P 500 and the Nasdaq composite gained 1% and 1.3%, respectively, on Tuesday. Both indices also turned positive for the year during the day’s trading.

U.S. investors Tuesday shrugged off concerns that Greece’s government would not reach a debt agreement with European leaders and potentially pull out of the European Union. They showed a little more optimism that they two sides could reach a deal in Brussels, where Greece’s finance minister is expected to introduce new economic reform proposals to a group of Eurozone leaders Wednesday.

Tuesday’s gains by U.S. stocks came despite crude oil prices retreating after a report from the International Energy Agency warned that worldwide oil supplies could approach record-high levels through the middle of the year and prices. Crude prices have plummeted more than 50% since last summer due to the global oil glut, though prices have ticked upward over the past week.