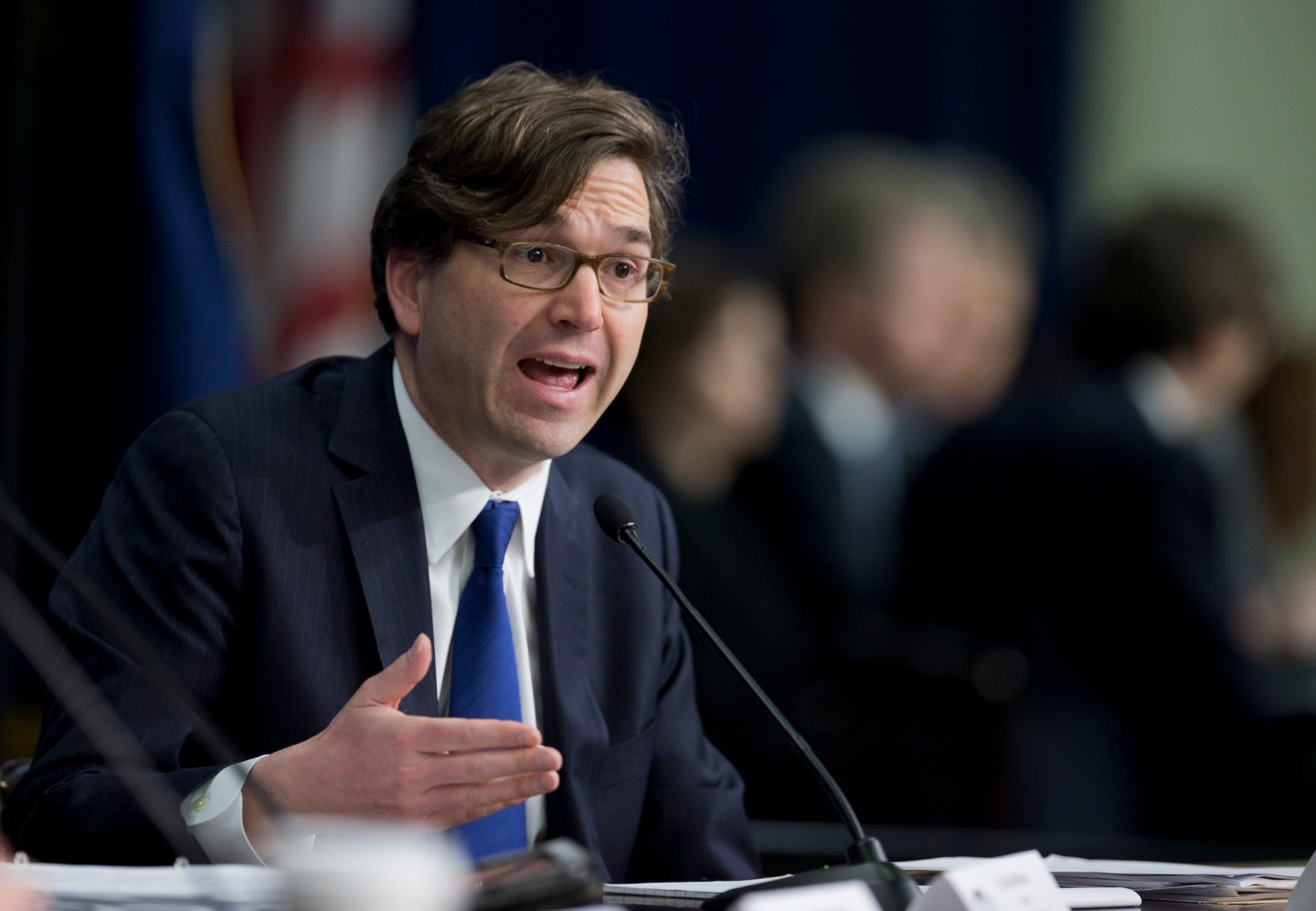 One of President Obama’s top economic advisers says the rest of the world may have too much faith in the U.S. recovery.

“If your economic plan is to count on exports to the U.S. [to produce growth], that’s not a plan that I would support,” said Jason Furman, who heads the President’s Council of Economic Advisers. “What Europe needs is more growth. Clearly, domestic demand needs to pick up.”

Furman was talking on Tuesday morning at a conference put together by The Economist magazine.

The U.S. economy has been improving lately. But some have questioned if the U.S. will be dragged down by the rest of the global economy, which appears to be flatlining. Furman said that he is “quite positive” on the U.S. economy for 2015, though he joked that part of his job is to have that view, and pronounce it at conferences. He said that slower growth overseas will be a “headwind” for the U.S., but he thinks that will be more than offset by lower oil prices. He also said that average monthly mortgage and other debt payments in the U.S. are at their lowest levels in a while and that should help boost consumption.

Nonetheless, Furman said he thought the growth of the U.S. economy would not be strong enough to pull the rest of the world out of its funk. U.S. consumption makes up 70% of the U.S. economy; it’s only 5% of Germany’s economy. While the European Central Bank’s recent announcement that it would buy bonds to bring down interest rates will help the region’s economy, Furman said it won’t be enough. He said that European countries have the resources to spend money to boost their own economies, and that it is something they should consider. Last month, the International Monetary Fund downgraded its growth expectations for France, Germany, and Italy. As a whole, Europe’s economy is expected to expand at a rate of just over 1% this year, and not much more in 2016.

Oliver Blanchard, who is the chief economist at the IMF and was talking on the same panel at The Economist conference, disagreed with Furman. He said it was incorrect to say that Europe was still in austerity mode. Budgets are expanding modestly, or not shrinking. But he said that European leaders should be concerned that markets could react negatively to more fiscal stimulus measures.

Furman disagreed, arguing that leaders often say that bond investors will sell at the first sign of stimulus spending but that the market supports such measures. Fiscal stimulus moves in Japan and elsewhere have not caused bond prices to fall, and interest rates to spike, he said.

“We have to make sure we are not inventing a bogeyman who won’t show up,” said Furman. “We are way past the point in Europe where they should be doing a big fiscal stimulus.”