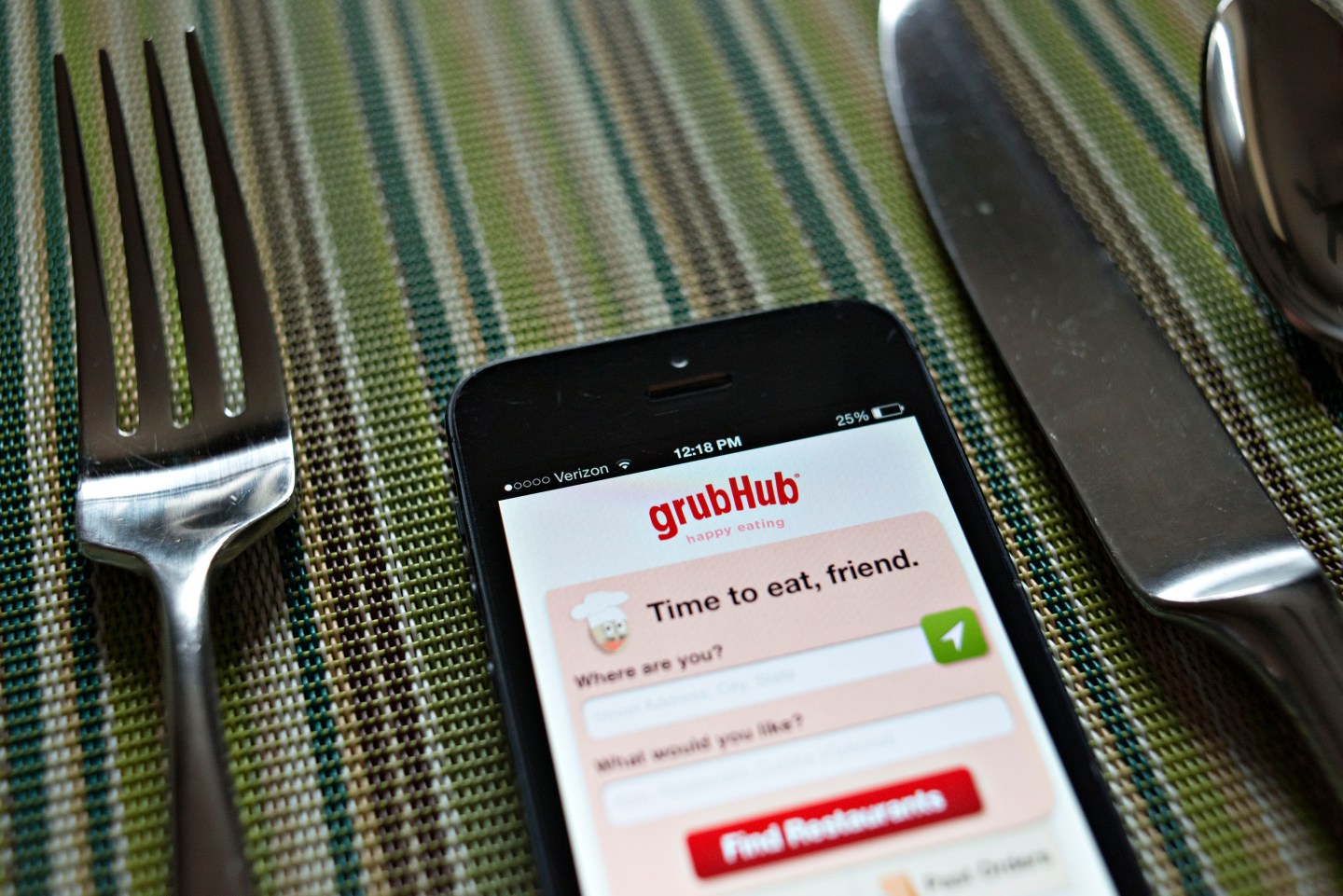 GrubHub (GRUB) is a $3 billion company known for helping to connect hungry users with restaurants that will deliver them food. Now GrubHub wants to deliver the meals itself, in a major preemptive move against on-demand delivery aspirants like Google (GOOG) and Amazon (AMZN) .

The Chicago-based company already had been testing its own service in three markets — San Francisco, Los Angeles and Chicago — but this morning announced that it has acquired DiningIn (based in Brighton, Mass.) and signed an agreement to acquire Restaurants on the Run (Aliso Viejo, Calif.). The two deals are worth approximately $80 million, and mean that GrubHub will be executing deliveries for nearly 3,000 restaurants in around one dozen U.S. metro markets.

The real key to all of this may be price.

GrubHub is a business that still values volume over premium pricing, and plans to eventually offer its own delivery service to restaurants at around the same 14% margin it currently charges for its backend infrastructure. Not only is this significantly lower than the 20-30% that many restaurants are charged by current delivery groups (including DiningIn and Restaurants on the Run), but GrubHub only plans to charge customers whatever nominal fee is needed to make the delivery break-even (or nothing at all, depending on if it can offset that difference with increased deliveries).

“There is economy of scale in the volume of deliveries,” explains Bill Gurley, a venture capitalist and GrubHub board member. “The more volume you have, the more economical you can be.”

The pricing also would be designed to put pressure on rivals like Square, which last year paid a reported $90 million to acquire on-demand restaurant delivery startup Caviar. Not to mention on Google and Amazon, which seem interested on entering every single type of on-demand delivery space.

In short, GrubHub wants to corner the restaurant delivery business. It already offers infrastructure products that live inside the restaurant (OrderHub) and for delivery drivers (DeliveryHub), and believes that using its own drivers will make the automation easier, and make the customer experience better.

“I have a very strong belief that these verticals are more complex than people realize,” Gurley says. “Remember when LivingSocial jumped into GrubHub’s business? You could point the same finger at Square. It looks easy from the outside, but you get inside and realize that you have to keep all of these menus up to date and handle compliance and customer service and all other sorts of detailed work. Yes, the bigger companies may make moves here, but I’d rather be in the leading spot — with a business built around large order flow — than anywhere else.”

Sign up for Term Sheet, out daily newsletter on deals and deal-makers.