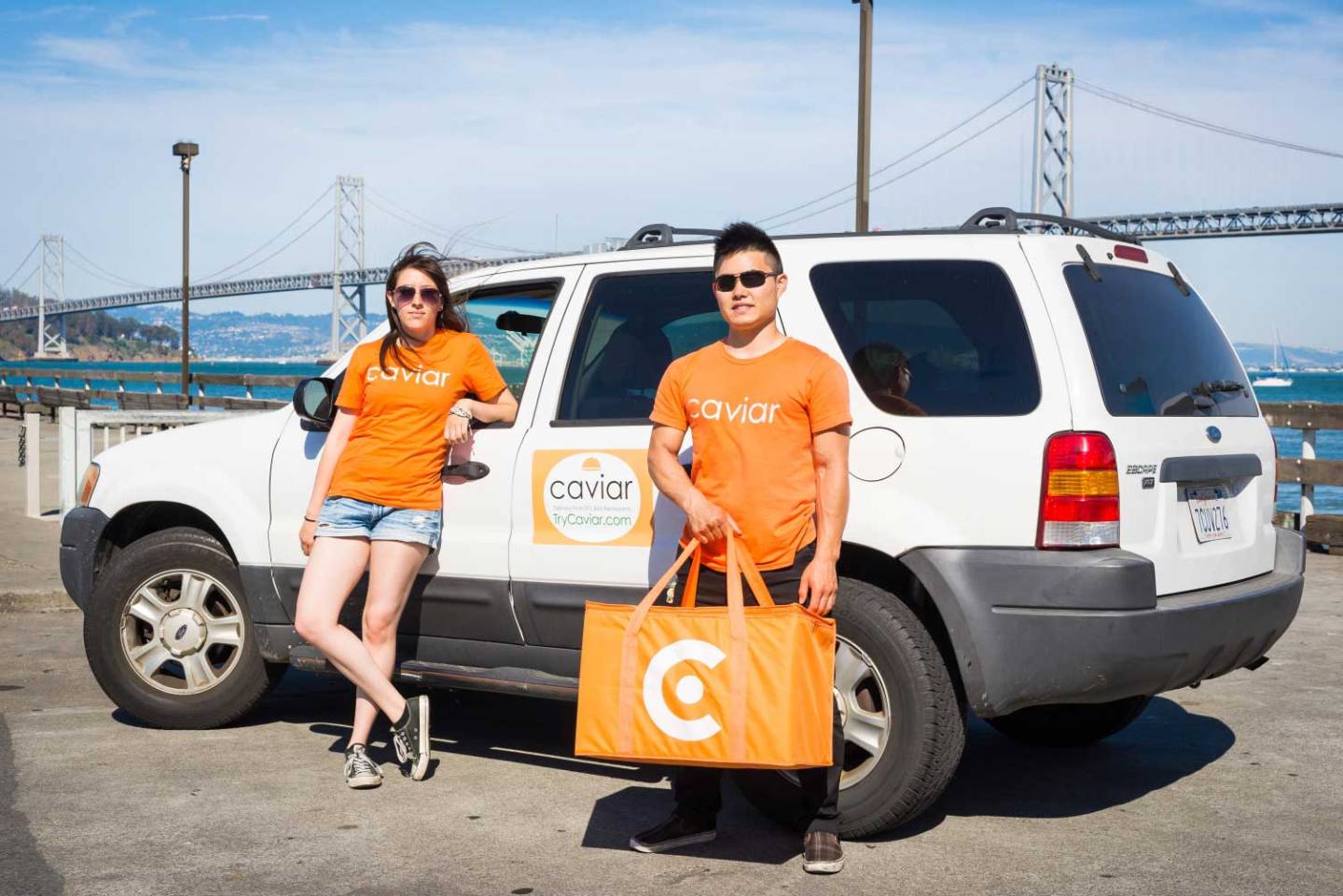 Square, the mobile payments startup founded by Twitter’s Jack Dorsey, confirmed it’s making a move into the food-delivery market by announcing the acquisition of startup Caviar on Monday.

Caviar, launched in 2012, describes itself as a “premium delivery” service. The startup, which partners with highly-rated restaurants that don’t normally offer delivery, is available in seven cities, including San Francisco, Los Angeles and New York City. Caviar’s order volume has grown more than 500% year over year and 80% of the company’s deliveries go to repeat customers, Square said in a blog post announcing the deal.

“Caviar’s curated, seamless delivery experience is exactly the kind of service we want to provide buyers and sellers,” Square CEO Dorsey, who is also a cofounder of Twitter, said in a statement. Meanwhile, Caviar cofounder and CEO Jason Wang said teaming up with Square would offer his company’s customers access to a wider selection of restaurants “while helping restaurants reach new customers and simplify their operations.”

Founded five years ago by Dorsey, Square provides point of sale systems to small merchants, such as bookstores and food trucks. The company had been pegged for an initial public offering at some point last year, but postponed those plans indefinitely earlier this year after the market for tech IPOs dried up. In December, Dorsey voluntarily returned 10% of his 30% stake in Square back to the company in order to free up as much as $150 million in equity for the company’s employees and for possible acquisitions.