Square’s Dorsey returns 10% of his shares 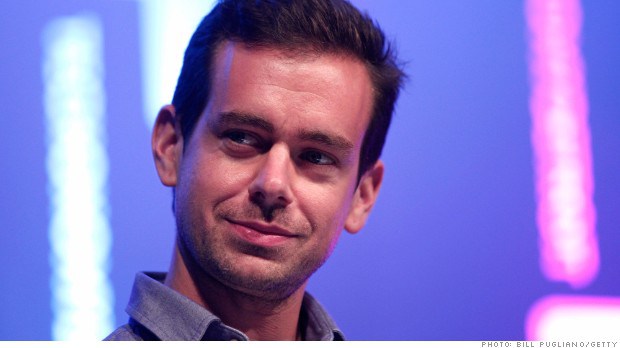 Jack Dorsey, the founder and CEO of Square, has voluntarily given 10% of his shares in the company back to Square. The highly unusual move will expand significantly the pool of shares available for employee compensation and acquisitions while minimizing dilution for shareholders.

Dorsey owns approximately 30% of Square and is giving back about 3% of the company’s total equity. The shares Dorsey is returning are worth between $97.5 million and $150 million based on estimates of the company’s valuation.

The move is likely to benefit new hires, who will be able to receive larger stock grants. And it will definitely benefit existing employees, because they may be eligible for additional equity grants and because the shares they already own will be worth more over time as they will face less dilution.

Dorsey announced the move to his staff at Square’s holiday party last weekend and discussed it exclusively with Fortune on Thursday. He said he wanted to be able to continue to reward success broadly and to encourage employees to take risks.

“One of the principles we hold fundamental here is that an idea that can change the course of the company can come from anywhere in the company,” he said. “I hope we are building an organization that is not dependent on one person or a group of people who were here in the early days.”

Over the past year, Square has grown to 700 employees, from 400. The additional equity pool will signal to new recruits that they may be eligible for stock grants comparable to those available to employees who joined earlier. The fast-growing payments company is now processing tens of billions of dollars in payments every year and recently moved into new offices on San Francisco’s Market Street. This year, it launched a string of new products. They include Market, a platform for retailers to sell their wares using Square to process payments; Cash, which allows individuals to transfer money at no cost; and Stand, a stylish hardware product that turns an iPad into a point of sale system.

“I feel like it’s typical Jack, but then the things that Jack does are not typical,” said Ron Conway, one of Square’s earliest investors. Conway, the most prolific angel investor in the tech world, says that his jaw dropped when Dorsey, who is his friend, told him about his decision. “It’s a way of thanking his great team and not just saying ‘thank you’ but putting his money where his mouth is,” Conway said.

Dorsey’s move is rare but not unheard of, said Scott Dettmer, a founding partner of Gunderson Dettmer, a law firm that has advised hundreds of venture capitalists, startups, and entrepreneurs since the 1980s. “It’s one of those cool things that do happen from time to time,” he said. Dettmer said he can count on “one or two hands” the times that, in more than 30 years in the Valley, he has seen an entrepreneur voluntarily giving back any amount of equity, let alone 10% of his stake, in his startup. He described it as a “pay-it-forward” move that is certain to generate goodwill. “What tends to follow is loyal teams and loyal venture capitalists,” he says.

There is no doubt that Dorsey, a billionaire, can afford the gesture. After the transaction, he will retain ownership of approximately 27% of Square, which was valued at $3.25 billion in 2012, when it last raised capital from investors. That would put Dorsey’s stake at about $877 million. (Dorsey’s shares in the company may worth even more. A report in the The Information, a technology news website, said two weeks ago that Square was considering a secondary offering of shares at valuation of approximately $5 billion. Square declined to comment on the report.) Dorsey also owns a large stake in Twitter (TWTR), which he co-founded, that is worth approximately $1.5 billion.

Dorsey’s move as well as its timing is certain to raise speculation that he is motivated by a desire to deflect bad press he received in a recently published book. Hatching Twitter, written by New York Times technology columnist Nick Bilton, portrays Dorsey in an unflattering light, suggesting that he sought to take more credit than he deserved for the company’s founding and that his short tenure as CEO was largely a failure. Dorsey flatly denied that PR had anything to do with his decision.