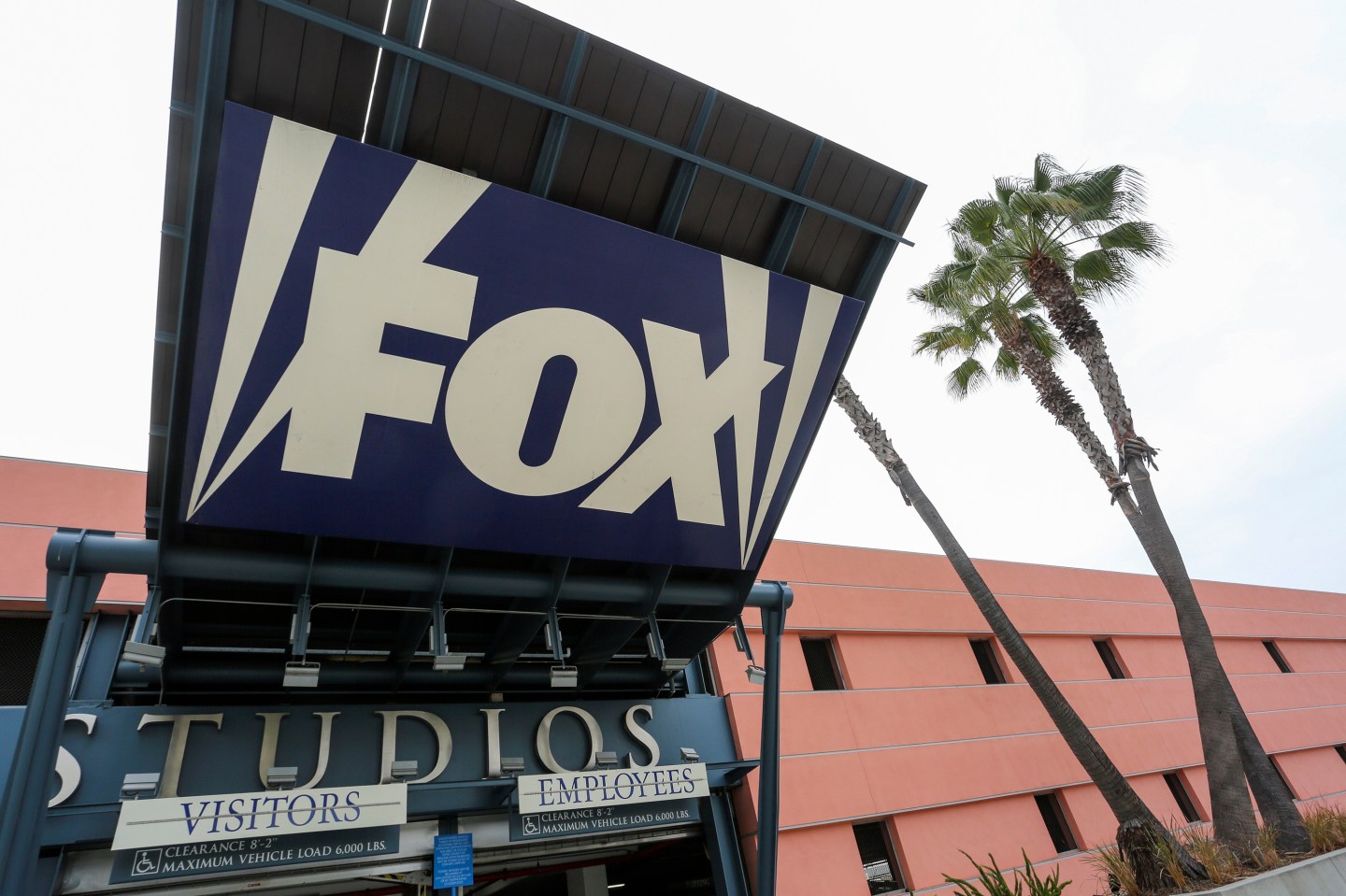 Twenty-first Century Fox posted a 1% decline in second-quarter revenue, but the media behemoth’s earnings quadrupled thanks to gains from last year’s sale of its stakes in two European pay-TV companies. Here are the key points from Wednesday’s earnings release.

What you need to know: The Rupert Murdoch-led company’s quarterly revenue fell 1% year-over-year to $8.1 billion. However, the number managed to surpass Wall Street’s expectations of $7.4 billion, according to Thomson Reuters.

Fox’s (FOX) second-quarter profits quintupled to $6.3 billion, or $2.88 per share, from $1.2 billion during the same period a year earlier. Those massive gains came from a $5 billion cash injection that Fox attributed to last July’s sale of its stakes in Sky Italia and Sky Deutschland to their sister company, British Sky Broadcasting Group (BSkyB). At the time that deal was announced, Murdoch was thought to be stocking his war chest with cash-on-hand to mount a takeover bid for rival Time Warner — a mega-deal that never came to fruition.

Looking at Fox’s different business segments, the company’s cable networks and film studios all posted solid gains in the quarter, but revenue fell in the broadcast television segment. “We delivered solid quarterly results despite continuing currency headwinds and ratings challenges at the FOX broadcast network,” Murdoch said in a statement.

The big number: Revenue for Fox’s cable networks — the company’s most profitable segment — improved by 14%, to $3.4 billion in the most recent quarter. The company attributed the gains to growing revenue from its affiliates as well as increased advertising sales. Domestic ad sales grew 11% during the quarter, with the company’s FX Networks and Fox News Channel leading the way.

Meanwhile, Fox’s movie studios brought in nearly $2.8 billion in revenue, which was up 11% year-over-year. Fortune has written about the company’s success in what was a down year at the box-office for the movie industry in 2014. In the most recent quarter, Fox’s Gone Girl was a surprise box-office hit, raking in more than $365 million worldwide.

Murdoch also singled out a handful of critically acclaimed television shows and films produced by the company during the past year, including Academy Award-nominated films Birdman and The Grand Budapest Hotel. Fox and its subsidiaries scored more Oscar nominations than any other major studios last month and will look to benefit from a potential bump in movie ticket sales as a result of the critical acclaim.

What you might have missed: One disappointment among Fox’s business segments was revenue at the company’s broadcast television network. Sales there fell $7 million, to $1.6 billion. The company noted that lower ratings led to a 3% decline in advertising revenue, while higher fees stemming from the company’s media rights deal with the NFL also weighed down the broadcast business. (The Walt Disney Company (DIS) also noted steeper rates from its NFL deal in that company’s earnings on Tuesday.)