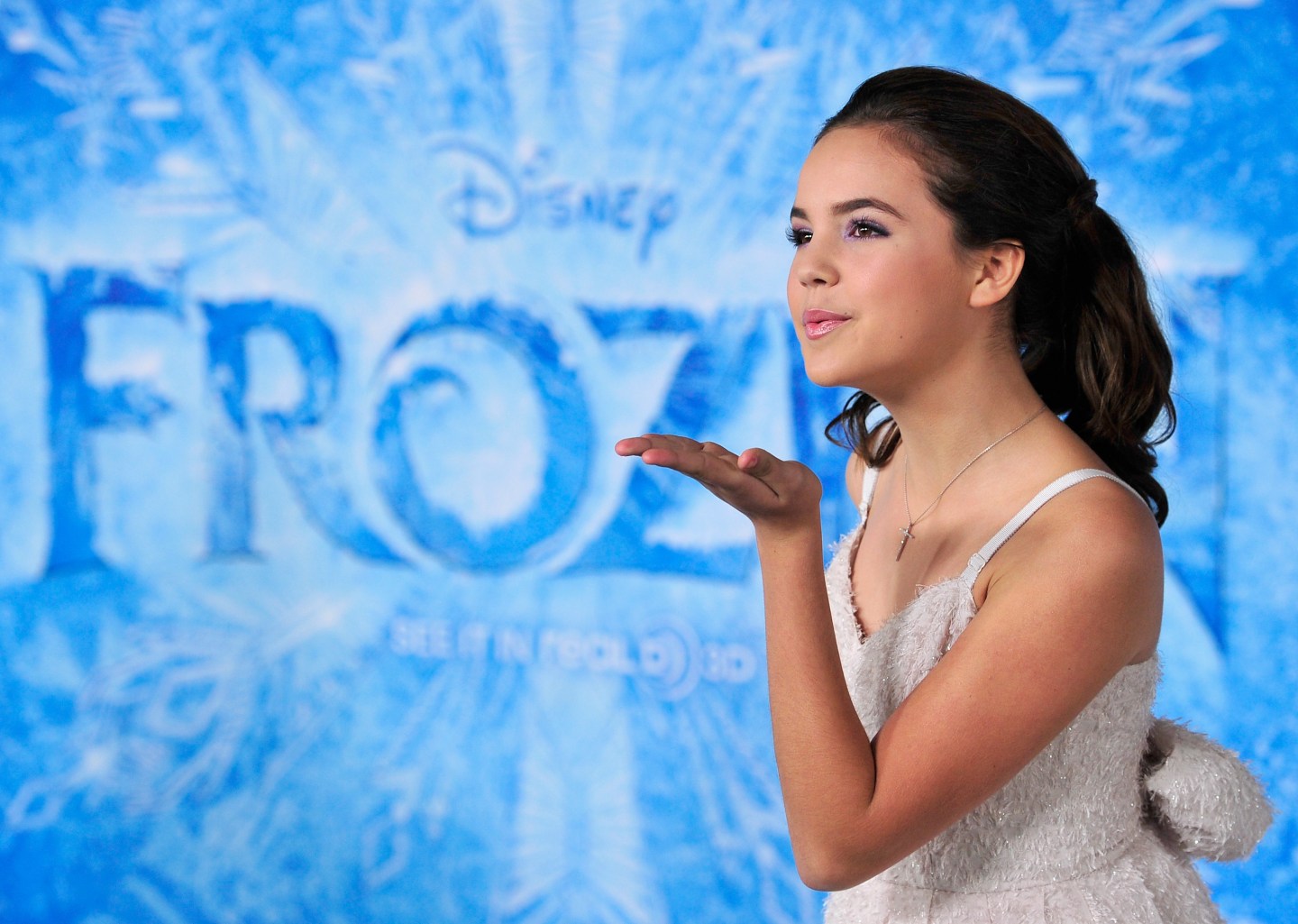 Revenue for the first quarter of the Walt Disney Company’s 2015 fiscal year jumped 9% as sales of merchandise from the hit animated film Frozen dominated the holiday season. Here are the key points from Tuesday’s earnings report.

What you need to know: Frozen remains one of Disney’s (DIS) hottest properties more than a year after it became the highest-grossing animated film of all time. The film’s merchandise lifted last year’s U.S. retail toy sales and contributed to a strong quarter for Disney, which also saw steady growth from its television and cable networks including ABC and ESPN.

Disney’s first-quarter revenue improved 9% from the same period last year, to $13.4 billion, blowing past analysts’ prediction of $12.9 billion. The company’s profits of $2.2 billion, or $1.28 per share, represented a 19% increase.

In a statement, Disney CEO Bob Iger bragged that the results “once again reflect the strength of our brands and high quality content and demonstrate that our proven franchise strategy creates long-term value across all of our businesses.” Last year, Disney’s board handed Iger, who Fortune recently profiled, a contract extension through 2018. In 2014, Disney extended its streak of record-breaking annual revenue to four straight years.

Disney’s stock jumped more than 3% in after-hours trading after the company released its latest earnings.

The big number: The “Mouse House” reported a 22% bump in consumer product sales for the quarter, to $1.4 billion. Frozen merchandise sales drove the increase once again. Toys and other products related to the film, which was actually released in November 2013, sold well throughout 2014 and drove a 7% increase in full-year consumer product sales last year for Disney.

Disney’s largest and most profitable segment, its television and cable networks, posted first-quarter revenue of nearly $5.9 billion. That marked an 11% increase over the same period last year despite rising programming costs and a decline in advertising revenue at ESPN. Disney’s $15 billion media rights contract with the NFL kicked in last year, leading to higher costs for ESPN. In October, the company also signed a new, $24 billion deal to air NBA games on ESPN and ABC that will drive up rights costs again in a couple of years.

What you might have missed: Revenue for Disney’s studio entertainment segment dipped 2% in the quarter, to $1.9 billion, because of lower box-office numbers in what was a down year overall for movie-ticket sales. Disney’s quarterly decline came despite a strong performance from Marvel’s Guardians of the Galaxy, which was the second-best grossing film released in 2014. The company said in its earnings release that the segment suffered from a difficult comparison to last year’s first quarter, when Frozen performed well at the box office.

Disney did manage to increase quarterly revenue at its theme parks and resorts by 9%, to $3.9 billion. That’s despite California’s Disneyland making unflattering headlines last month due to a measles outbreak that likely occurred at the end of the first quarter. Iger told CNBC on Tuesday that Disney has “not been able to discern any impact” from the outbreak.

Disney is also delaying the opening of the $5.5 billion Disneyland Shanghai — the company’s first theme park in China — until next year, according to The Wall Street Journal. The company originally planned to open the park near the end of this year, but Iger said in a call with analysts Tuesday that the opening will be pushed back until the spring of 2016 in order to complete previously announced plans to add additional attractions to the park.

(UPDATE: This article has been updated with information from Disney’s earnings call.)