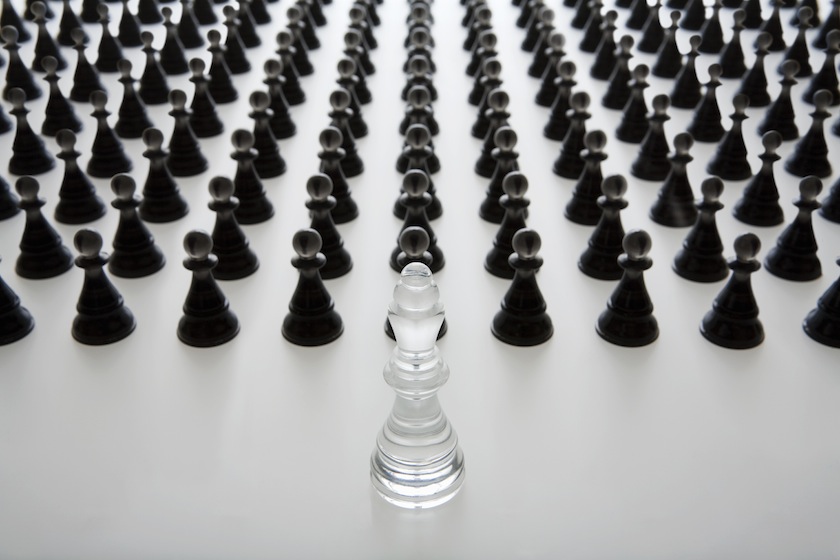 When I was consulting the board of a major financial firm years ago, I was astounded to see the directors, including former heads of state along with CEOs of other companies, served on paper plates with plastic forks while the CEO was served on fine China and silver—for “dietary” reasons.

Sandy Weill, when he ran Shearson, had a fireplace built into his 106th floor office in the World Trade Center in the 1970s. During his next three positions, at American Express, Primerica, and Citigroup, he had fireplaces installed in each skyscraper tower office.

James Dutt, as CEO of Beatrice, required that his photo be hung in each staffer’s office—as 40 of the 58 corporate officers departed during his failed six-year reign. Armand Hammer, as CEO of Occidental Petroleum, displayed a life-size bronze statue of himself in the corporate lobby. This past year, we have seen even more alarming examples of imperial conduct across a wide slice of enterprises.

Our society is ambivalent toward top business leaders. CEOs are worshipped as rock stars, if not nearly deified. They are dragon slayers one moment and the next moment vilified as the very dragons they presumably conquered. Most chief executives I have met, however deservedly proud they may be, are serious, devoted leaders who possess a grounded sense of their own vital roles. They generally show a humble appreciation of the contributions of their executive team and their shared responsibilities to shareholders, customers, coworkers, and communities. In fact, they are almost too quick to attribute their hard-earned triumphs to sheer good fortune. But then there are those prominent few in every era who have given way to eye-popping grandiosity, presumption, and arrogance.

How should boards and fellow CEOs come to terms with outlier CEO colleagues who have fallen victim to imperial presumption? These leaders believe the rules do not apply to them. They see themselves as transcendent, “more equal than other animals,” akin to the barnyard leaders in George Orwell’s Animal Farm. I studied this pathology in my book, The Hero’s Farewell. Boards, embarrassed by such rogue leaders—or feeling dependent upon them—whither in prolonged, uncomfortable deliberations before acting.

Consider the example of the three amigos of retail: American Apparel’s Dov Charney; Abercrombie & Fitch’s Michael Jeffries; and Lululemon’s Chip Wilson. Each presided over years of sinking market performance, soaring salaries, and conduct as bizarre as it was offensive.

Despite hundreds of millions in losses, Charney proudly strut his stuff, posing in nothing but his own underwear in American Apparel ads and reportedly once led a meeting wearing nothing other than a sock, not on his foot. He was accused of sexually harassing multiple employees, including arranging for the online posting of nude photos of three of his accusers as retaliation. Charney was charged in lawsuits of rubbing dirt in the face of a Malibu store manager while screaming obscenities at him.

In 1992, the notoriously autocratic Jeffries revived the 113 year-old brand name Abercrombie and Fitch from bankruptcy. However, 15 years later, he was anointed by The Corporate Library as “The Highest Paid, Worst Performer” in the nation after he was paid $71.8 million for faltering performance. Seemingly gleeful over sequential PR backfires, Jeffries claimed he only wanted to market to “cool, good looking people. We don’t want to market to anyone other than that.” Abercrombie’s ads generally displayed far more of the toned flesh of its young models than the featured apparel. He hired male models for company roles that went beyond advertising.

Wilson told Canada’s National Post Business Magazine that he named his company Lululemon because he thought it was funny that Japanese people had trouble pronouncing the letter “L.” Wilson also spoke out over use of child labor in the Third World, in favor of the practice. An avid Ayn Rand fan, as chairman, he printed the name John Galt, the star of one the author’s books, on the company’s bags, without informing the company’s CEO. The company endured a massive recall of their yoga pants when it turned out they were unexpectedly see-through. Responding to complaints from women customers regarding the pilling of Lululemon’s pants, Wilson blamed the fabric‘s poor wear on the overweight physique of those customers.

Less grotesque personal indiscretions at work have felled respected CEOs like Mark Hurd while at HP and Harry Stonecipher at Boeing. According to The Wall Street Journal, Louis Chenevert’s successful six year reign as CEO of United Technologies came to an abrupt end in late 2014 over board concerns regarding the executive’s excessive attention to personal interests such as the oversight of the Taiwan construction of his 110-foot yacht. He apparently devoted similar attention to the construction of his 63-foot and 85-foot yachts.

We could add the narcissistic conduct of many elected U.S. Officials to this list, including the misdirection of public funds for personal luxuries by governors across parties, the reckless, even abusive, treatment of staffers, and the bizarre emails and Tweets to constituents.

It is simplistic to apply labels such as greed, vanity, or immorality to explain such grandiose behavior. No, these leaders have demonstrated a trait unfortunately common among people in positions of power: the drive for heroic stature. In addition to having a commitment to a mission or a desire to establish a meaningful legacy, heroic stature is just one of several hallmarks of transformational leaders. But this particular quality is most often distorted and poorly managed. When you trace the careers and even childhoods of top leaders, most display a lifelong drive for a distinctive identity, something that distinguishes them from the crowd. The priority placed on the perquisites of executive status, such as chauffeur-driven limos, personal jets, platoons of administrative assistants, and corner offices with luxury furnishings—without or without fireplaces—is all too common.

No one ever called Alexander III of Macedon Alexander the Great until he invented the title himself and manufactured a false lineage that connected him to the mythic Achilles and Odysseus. In the Frenzy of Renown, literary scholar Leo Braudy argues that societies generate a subset of people eager to live their lives in the public eye. Some court recognition on a grand scale in the belief that fame will somehow exempt them from the often suffocating expectations and standards that come with executive jobs.

The disappearance of a heroic platform can be disconcerting to leaders. In 1983, Gerald Ford hosted a gathering of former chiefs of state of who all voluntarily “retired.” As they reminisced, former UK Prime Minister James Callaghan commented, “I had to pinch myself and almost pinch the rest of them to remind ourselves that we were no longer in power.” France’s former president Valery Giscard D’Estang replied to a reporter who asked how he now felt, “How does it feel? It feels the same way you feel when you write a story that does not get in the paper.”

Leaders can use their platform to direct public attention to key issues and promote important measures. Heroic stature imbues executives with the kind of authority that encourages people to support their ideas and strategies. But such authority can get out of hand very fast. And company boards, even those with truly independent directors, are all too often intimidated and embarrassed to take action. Nevertheless, boards can respect a CEO’s heroic stature without yielding to intolerable autocratic presumptions.

A company board’s compensation committee, if not the full board, should determine which perks are acceptable symbols of authority and which ones are simply wasteful expressions of vanity. And the nominating and governance committee should ensure that they have a good lock on strong successor candidates so they do not feel they are held hostage by the incumbent. Sometimes, CEOs simply offer up questionable candidates on paper that no one could really see as legitimate successors, what in Victorian literature could be called “beards,” or non-threatening escorts. It’s up to directors to root this kind of behavior out at the very beginning. Ultimately, good corporate governance does not mean giving control to the CEO or the board but establishing a working partnership. This requires agreeing to share power, from start to finish.