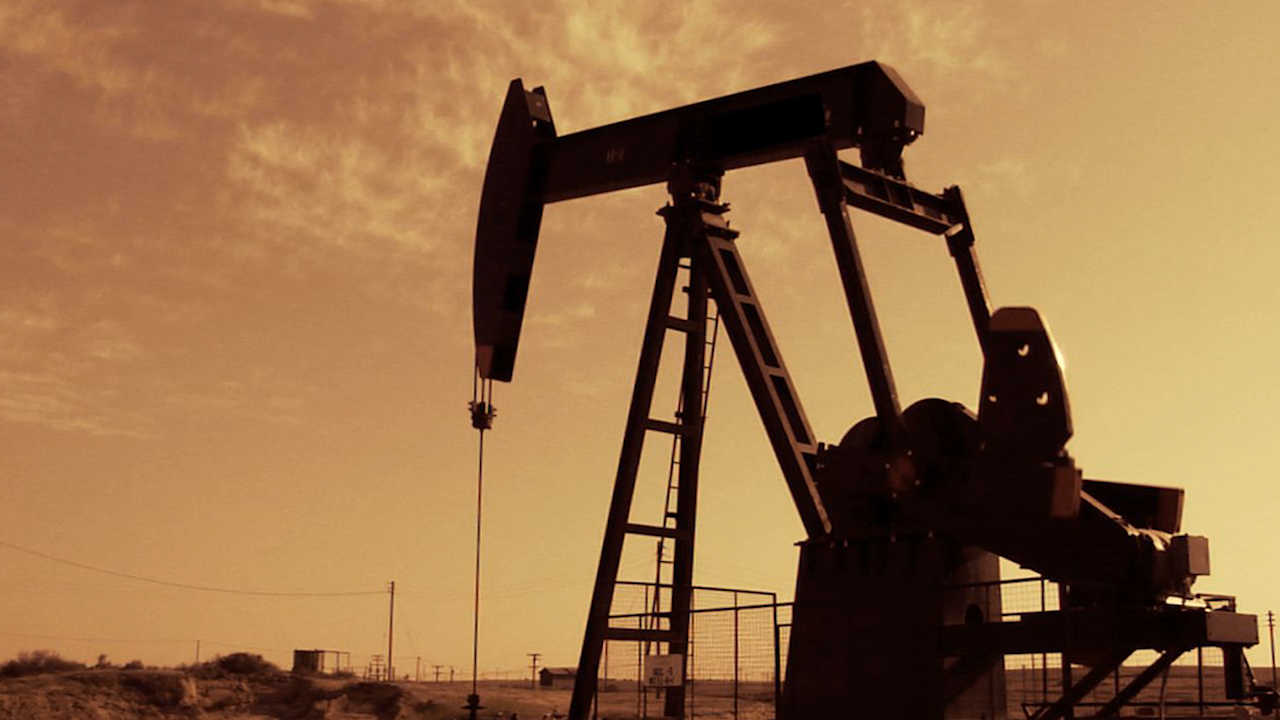 Energy companies will need to do more than just cut costs and renegotiate service contracts to remain afloat at $40 a barrel oil—they need to quit being so darn sloppy.

A decade of strong oil prices made Big Oil rich and fat, which has led to waste across the industry. This not only translated into runaway spending at the corporate level—including everything from executive jets to overly-generous pay packages—it also led to poor planning and greater engineering mistakes on the field. The energy companies could hide their bungling when oil was at $100 a barrel, but with prices where they are today, there is nowhere to hide.

This week saw the first earnings reports from energy companies since oil prices collapsed. As expected, Big Oil didn’t fare well in the fourth quarter of 2014. Royal Dutch Shell and ConocoPhillips (COP) both reported a 57% drop in earnings compared with the same time last year, when oil prices were much higher. Chevron (CVX), which reported its earnings on Friday morning, announced a 30% decrease in net income during the quarter. Its strong chemical earnings helped offset the decline in oil. ExxonMobil (XOM), which will report on Monday, isn’t expected to fare much better.

Pretty much all the oil companies announced cuts to their 2015 capital plans to adjust to lower oil prices. Shell said it would defer or cancel about 40 projects worldwide, knocking about $15 billion off their capital spending plan over the next three years. ConocoPhillips announced cuts of around $2 billion for its 2015 spending plan, which is on top of the $2.5 billion in cuts the company announced last year, equating to a 30% decrease in overall projected spending to $11.5 billion. Meanwhile, Chevron announced Friday morning it would cut capital spending for the year by 13% to $35 billion.

Cutting costs makes sense given the rapid drop in oil prices, but how this drop will affect these companies’ operations will depend on several factors. For example, it doesn’t (or shouldn’t) translate to simply cutting projects, as Shell outlined. Instead, it should also reflect the cost savings all of Big Oil should reap after renegotiating oilfield service contracts with drilling partners, such as Schlumberger, Halliburton, and Baker Hughes. These contractors, which basically do Big Oil’s dirty work, like physically drilling and maintaining oil wells, still have agreements with Big Oil based on $100 oil, not $40. Big Oil will renegotiate those contracts to reflect the realities of today’s market, with giants like ExxonMobil squeezing the hardest.

So far, project managers at major oil firms tell Fortune that while prices for some services, such as rentals for offshore drilling rigs, have fallen significantly in the last few months, overall service costs are down by only 10% to 15% from when oil was in the triple digits. It is safe to assume that those rates will fall rapidly in the next few months, probably not as much as the nearly 60% drop in oil prices from last summer, but far more than what we have seen so far. Much of the “cuts” in Big Oil’s capital plans will come from these savings, not by canceling projects or boosting efficiency. All these cuts won’t equal a commensurate decline in oil production, but they disregard a major issue in the oil complex—waste.

While exploration and production costs have become more complicated over the years, as geologies have deteriorated and competition for choice plays and for talent has surged, the industry is still spending more than it should to pull oil out of the ground. Credit Suisse analysts calculate that legitimate production complications have added only 40% to 50% to the overall cost of oil production in the last 15 years. But during that time, real production costs have tripled.

What accounts for the discrepancy? Waste.

Exxon and the rest of the oil majors can only blame the cost overruns on their service contractors so much. For the rest of the cost increases, they need to look within their own ranks. For the hundreds of thousands of people who work in the energy industry, this might seem shocking given their normally conservative nature.

Let’s focus on capital budgeting, as that is where the major oil companies seem so keen on cutting. IPA, a consultancy specializing in capital projects, analyzed over 1,400 energy projects led by a mix of 50 energy producers and found that the industry has some explaining to do. They calculated that the industry had “destroyed value versus initial expectations on 75% of all projects completed in the last decade” and that the total value lost, relative to what was initially assumed by the brilliant bean counters at headquarters, came in at a whopping 35%. Either the executives and engineers at the Big Oil companies can’t build a financial or production model to save their lives or there is a lot of waste in the system that needs to be addressed. It is probably a little bit of both.

A model is only as good as the data that’s in it. The production data comes from engineers, many of whom have decades of experience and some who have just graduated. Ed Merrow, who heads IPA, writes in his recent book that the industry is making poor decisions when funding new projects. Credit Suisse analysts say that this is “predominately a human process failure.”

But the biggest, and probably most disturbing, example of waste in the industry has to be engineering mistakes. Merrow says that engineering errors in the industry have “doubled in recent years,” wiping out billions of dollars in profits. The errors associated with the Deepwater Horizon oil spill in 2010 have cost BP $42 billion so far. And the pain continues. A judge ruled this month that the company may be on the hook for another $13 billion in fines on top of that amount.

Deepwater Horizon is an extreme example of a problem that should have been stamped out years ago. Advances in technology and all the extra money spent on new equipment and engineering talent should have reduced mistakes and accidents in the industry, not increased them. While oil production has admittedly become more complicated over the years, such as ultra-deep water drilling, it isn’t rocket science. The same engineering and safety principals that apply to ultra-deep water drilling apply to more commonly drilled shallow-water wells. We know the industry can mitigate errors if it wants to. How many super tanker spills has Exxon had following the disastrous Alaska Valdez incident back in 1989? Zero.

In addition to becoming mistake-prone, the industry has also run up costs due to a combination of unnecessary spending and conspicuous consumption. While Wall Street analysts and associates now sit in coach, energy employees all too often ride in first class, if they even fly commercial to begin with. Private plane use by energy companies is ubiquitous, not just for C-suite employees, but also for their subordinates. This makes sense when oil fields are located in the middle of nowhere, like western North Dakota or southern Chad, but it doesn’t pass muster when, say, flying between Moscow and Paris.

Travel is just one example of waste in the industry. Corporate structures also need to be reformed and relocated. Why do Chevron and Exxon maintain their respective headquarters in the expensive suburbs of San Francisco and Dallas when pretty much all their important operations and project managers are in Houston? It’s time to move. After all, Exxon just spent what must have been an ungodly chunk of change to build a brand new 385-acre operations center in the northern suburbs of Houston. The 20-building oil city will house some 10,000 employees when construction ends sometime this year.

At the center, there will be a 10,000-ton floating cube that appears to hover over one of the many plazas below. The campus will also have a 100,000-square-foot “Wellness Center” featuring a three-story glass atrium, cardio and strength training facilities and classes, a basketball court, personal training services, and healthy dining venues. It will also offer a “child development center” for children ages six weeks through pre-kindergarten, so all the moms and dads can save a trip to daycare.

Such extravagance is out of character for Exxon—or at least it used to be. Exxon’s efficiency is legendary, but all this spending, combined with lousy acquisitions, such as the $41 billion deal to buy XTO in 2009, has cost them that crown. Indeed, the company’s return on capital employed (ROACE), peaked in 2008 at 33% and has fallen ever since. In the last five years, Exxon’s ROACE has declined to 20%. Fadel Gheit, an oil analyst at Oppenheimer, estimates that if crude prices remain weak, Exxon’s ROACE could decline below 10% for the first time in over a decade. This could force the company to slash or suspend its generous share repurchase program. The same goes for its legendary dividend.

Exxon isn’t alone. All the major oil companies have wasted money in some form or another during the boom. But now is the time to correct those mistakes. Energy companies should be more discriminating in evaluating new prospects and they should cut down on the extravagant spending. Those that move quickly to address these issues will be the ones who come out of this oil slump in the best shape.