After CEO’s tragic death, energy giant Total has a mountain to climb 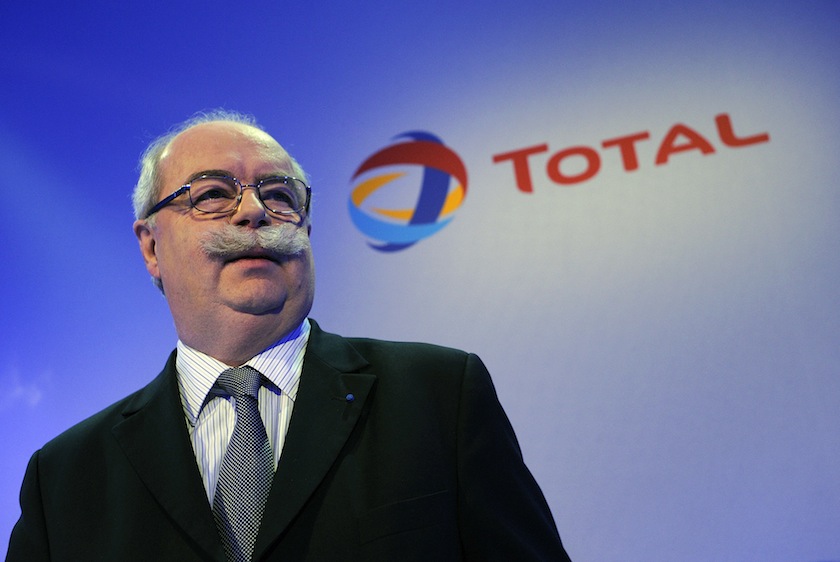 Patrick Pouyanné, the newly named chief executive of French energy giant Total, will need more than luck and a posh French accent to keep his company relevant on the world stage.

Pouyanné, who takes over the top job following the tragic death of former Chief Executive Christophe de Margerie this week in Russia, inherits a company with little raison d’etre and few choice drilling plays. Total’s (TOT) business strategy of doing deals with the devil has yielded nothing but heartache. It may be time for the company to scale back its ambitions to become a world oil giant and focus on things it has more control over.

The death of Christophe de Margerie this week came as a shock to the energy community—not so much that he died, death is nothing new to the oil industry, but rather how he died. The private plane carrying de Margerie apparently crashed into a massive snow plough while taking off from Moscow’s Vnukovo airport late in the evening on Monday, killing everyone onboard (the allegedly drunk snow plough operator walked away unharmed).

The crash at Vnukovo came a bit too close to home for those who do business in Russia, especially energy executives. Oil chieftains regularly fly in and out of Vnukovo dozens of times a year to meet with Russian officials and have done so for ages without an issue. One energy executive summed up the tragedy succinctly, telling Fortune the crash was simply nothing but “bad luck, which seems to be the theme at Total these days.”

Indeed, the loss of Total’s chief executive is just the latest bit of bad fortune that has hit the company in recent years. It seems that whatever move the company makes causes it to fall on its face. Year after year, the company has had to embarrassingly readjust its production projections downward due to errors made from the wellhead to the boardroom. The company’s so-called “high risk, high reward” strategy has backfired with only four out of 10 wells drilled last year yielding oil or gas, which is a pretty terrible record for a major oil company given today’s technology.

Part of Total’s problem has to do with the bad luck of being based in France, which has no oil or gas. This deprives Total of a safe and secure drilling platform available to most, if not all, of its competitors on the world stage. ExxonMobil (XOM), Chevron (CVX), and Conoco (COP) can always fall back on U.S. energy production, while Shell (RDSA) and BP (BP) can fall back on production from the North Sea or from their former colonies (including Canada).

Also, France isn’t as powerful as it once was on the world stage, so brokering choice deals with other nations isn’t as easy as it once was. China’s energy companies, for example, have the full backing of the Chinese money-making factory, allowing them to gain contracts through major “investments,” like roads, weapons or new palaces—all with the backing of the government in Beijing.

But Total, like Italy’s ENI, has managed to keep pumping and refining oil despite its handicap. It has done so by “going where the oil is,” a quote often used by de Margerie to explain the company’s dealmaking. This has meant taking secondary or tertiary positions in joint ventures with other oil companies in choice fields and taking on primary roles in places that other oil companies consider too risky. That means doing deals with Libya, Iran, Iraq, Russia, Venezuela, and Myanmar, with major investments in Kazakhstan and Nigeria.

Now, all the oil giants have stakes in one or two of these “fringe” petro-states but none have interests in all of them across the board like Total does. To do so would be taking on undue political risk as contracts with these nations can be pulled or revoked at any time. To complicate matters, Total has had to play a little dirty over the years to secure contracts in many of these states, bribing officials and bending the rules when it comes to sanctions and so forth. While they were successful in winning contracts, they also found themselves having to pay fines for violating the law, further dinging its bottom line.

Investment in fringe oil states can be profitable, nonetheless. That is, of course, unless things get too profitable; then the whole venture could blow up.

Total has had to “renegotiate” its contracts again and again over the years in places like Kazakhstan and elsewhere after oil prices jumped unexpectedly in favor of the company versus the state. This immediately attracted the attention of the dictator who wanted a bigger piece of the pie. This phenomenon has placed a ceiling on Total’s ability to profit from its overseas ventures and has put a cloud over its valuation in comparison to its rivals. Total’s shares trade at 9.5 times their 12-month future earnings estimates, which is far below U.S. rivals Chevron and ExxonMobil, which trade at 11.1 and 12.7 times forward earnings, respectively.

Pouyanné comes into the CEO’s office from the refining side of the business, so he hasn’t had to deal with the headache of trying to find new sources of oil like his predecessor. That may be why Total’s management committee held off from making him chairman of the board right away and gave that role to Total’s old chief executive, Thierry Desmarest. Before he left the company in 2010, Desmarest was responsible for negotiating many of the deals that are now going live today. Desmarest agreed to come out of retirement for a few months, though, and said the chairman job would be Pouyanné’s in 2015.

So, Pouyanné has some time to mull over how he wants to shape Total. Will he continue spending wildly on projects that carry a large amount of operational and political risks, or should he be more prudent with investor cash?

Investing in politically sensitive areas shouldn’t be off the table, but it should be minimized. In 2012, de Margerie promised investors that he would sell off around $30 billion worth of assets through 2017 to pump up the company’s sagging valuation. While the plan worked to stabilize Total’s valuation versus its European peers, the company remains dangerously exposed to a great deal of risky projects, which more than likely will not yield the great rewards they are hoping for.

For example, instead of exiting Russia, where new dollar investments are restricted under new U.S. and EU sanctions, de Margerie doubled down on the country, telling investors that he would try to raise the $27 billion in financing needed for its Yamal joint venture project in the Arctic in euros or renminbi. Sanctions and such aside, given Russia’s history of screwing over energy companies like Yukos and most recently BP, it is shocking that Total would consider raising the equivalent of one-fifth of its market value to fund a long-term project in the country. It is borderline negligent.

Meanwhile, Total is selling off safe assets, like its 25% stake in Cardinal Gas Services, a gas transport company in Ohio’s Utica shale region, for $450 million. Such an asset provides the type of safe cash flow Total needs to pay its bills. While it wouldn’t have made them rich, it gave them insight into a dynamic market inside a free country.

There is a great deal of uncertainty in the oil patch these days, especially with the recent dive in oil prices. Total needs to reevaluate what it means to be an energy company based in a marginally powerful country with no energy resources. Maybe it is time for Total to cut back and refocus its investments on its lucrative energy trading business or its budding alternative energy projects instead of battling it out with the jackals of the oil world and fighting over scraps with the other energy majors.

Total has around 15 major projects in the piepline, many of them in areas which seem way too risky for comfort. Redirecting that cash flow to support shale drilling projects in China, Poland, or even Argentina seem safer than sinking more cash into its investments in Kazakhstan or Northern Iraq. Taking the money it would have committed to developing LNG in Russia and doubling down on its LNG project in Qatar, which used to be run by Pouyanné, seems smarter, at least while the sanctions against Russia are in place.