Chart of the day: How Apple overtook Samsung – for now 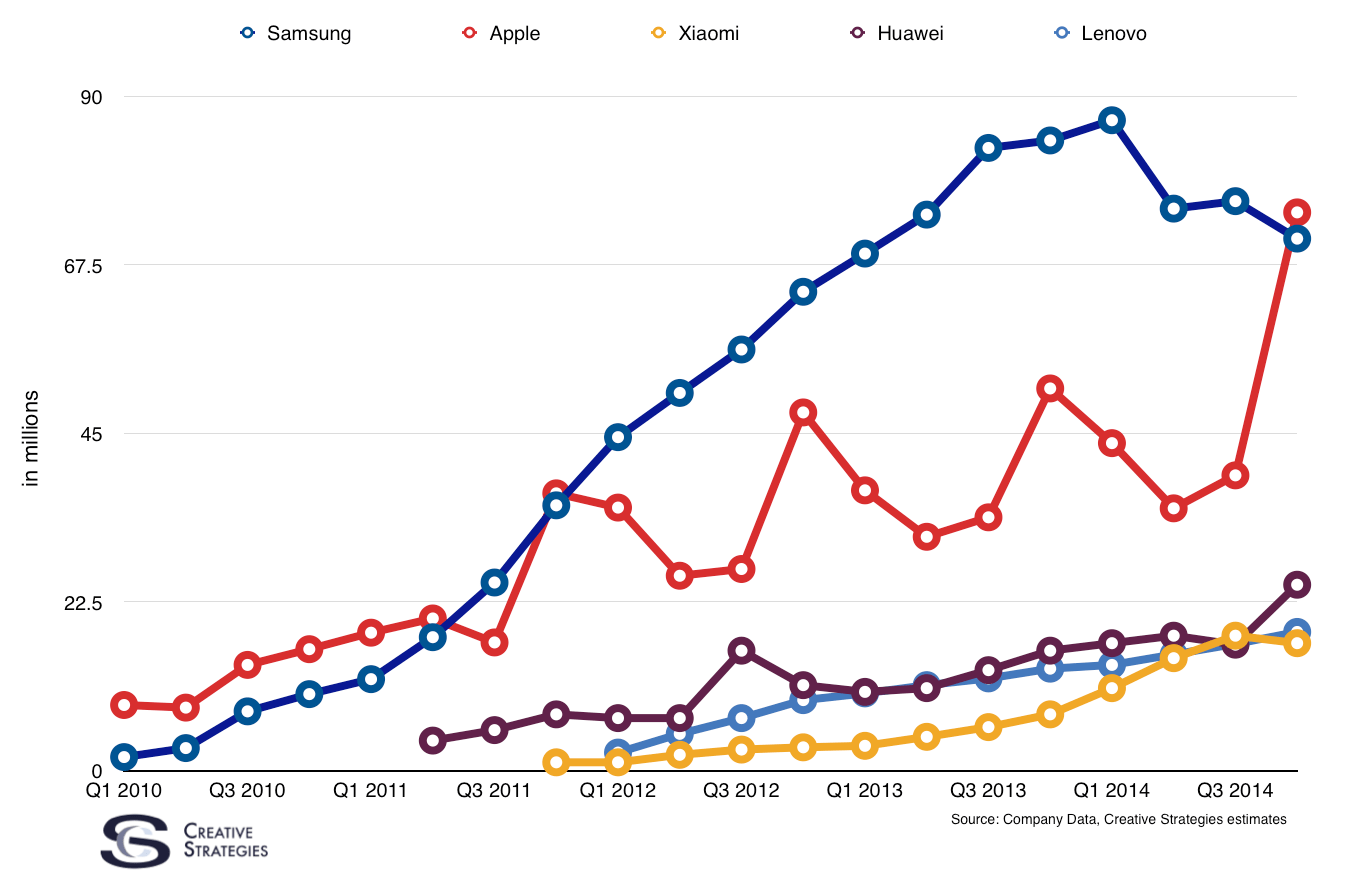 Apple investors have waited a long time to see a chart like the one above, drawn by Creative Strategies’s Ben Bajarin from smartphone sell-through data provided by CounterPoint Research’s Neil Shah.

Both Shah and Bajarin expect Samsung’s shipments will be back on top next quarter. But it almost doesn’t matter. The millions of jumbo iPhones that Apple cranked out last quarter took the wind right out of Samsung’s phablet sales.

“After years of failing to do much more than embarrass Samsung Electronics in legal battles over patent infringement,” wrote Daniel Eran Dilger, with evident glee, “Apple has rapidly obliterated Samsung’s mobile division profitability, rendering it as barrenly unprofitable as every other Android or Windows licensee with razor thin margins in the phone, PC and tablet market.”