What if we put servers in space? 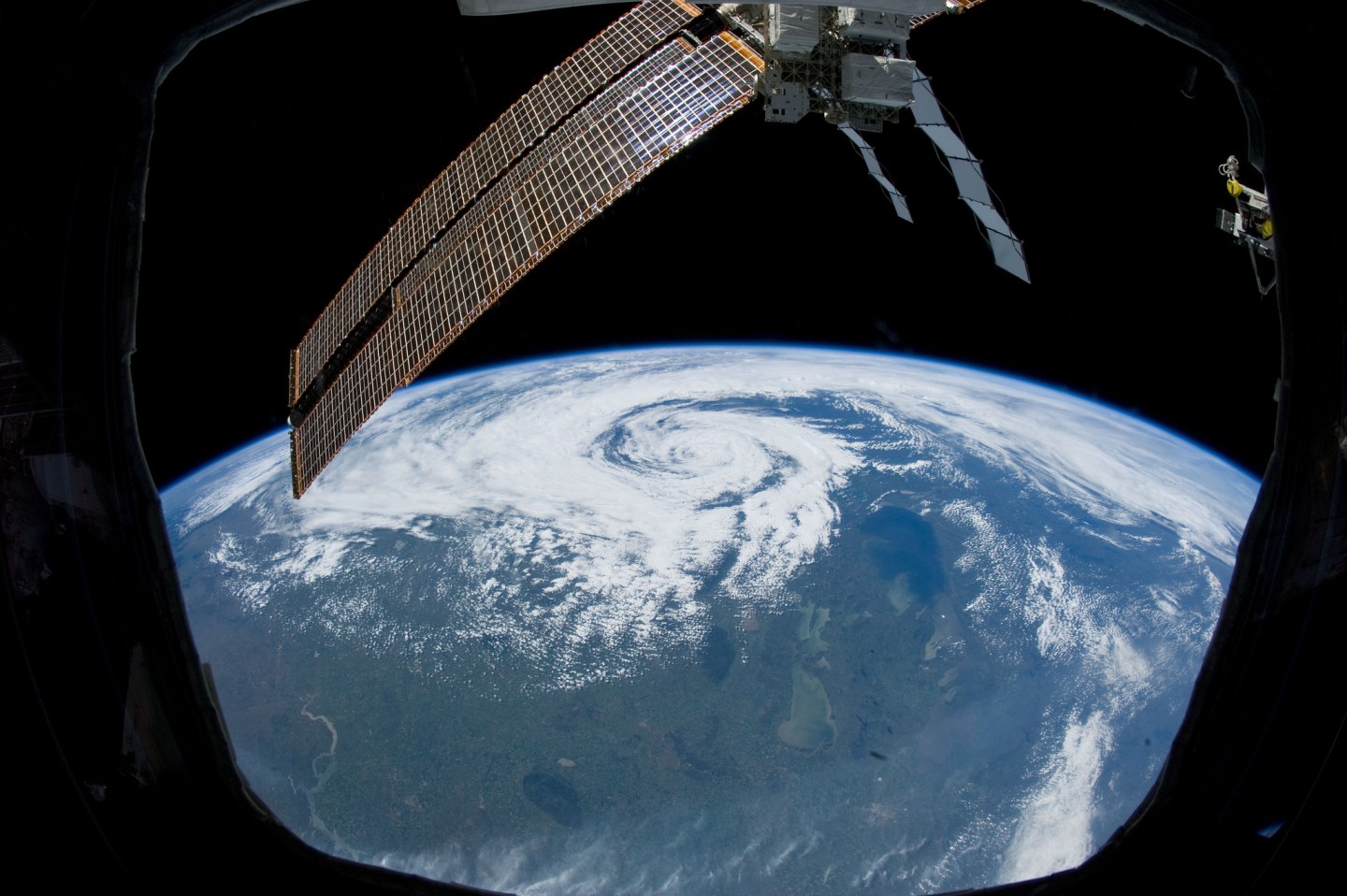 Canada, as seen from the International Space Station, in 2012.
Photograph by NASA/JSC

When people talk about cloud computing, it’s usually understood that the cloud is a metaphor for groups of remote, networked servers. But when Lance Parker talks about “space computing,” he’s not taking poetic license. He means it literally: physical servers operating in outer space. Parker is the CEO of ConnectX, a startup company based in Los Angeles that’s working on a way to take corporations’ data out of the cloud and into the final frontier. If his company succeeds, it could revolutionize the way we store, transmit, and analyze information.

As metaphors go, “cloud computing” sounds nice but is misleading. Clouds are in the sky; server farms are decidedly earthbound. Clouds are aesthetic and amorphous, a Rorschach test in the atmosphere; data warehouses are boxy and don’t leave much room for interpretation. But the bigger problem with cloud computing is that, according to Parker, it’s simply unsustainable. He may have a point. From the beginning of time until 2002, the world created five exabytes (five billion gigabytes) of information; today, we create that much data in about 10 minutes. Data storage technology just isn’t keeping pace with the exponential growth of data creation. Data centers are also energy hogs, using up 10% of the world’s electricity.

Putting servers in space could potentially remedy the energy problem, since they could be powered by free, plentiful solar radiation. And, Parker adds, the space environment would be advantageous for spinning disk drives. Zero-gravity allows the drives to spin with less resistance, and the extreme cold in space means the servers could process faster without overheating.

Of course, all of the benefits of space computing are worthless without a cost-effective way to launch a server into space. Fortunately for ConnectX, satellites are getting smaller and cheaper by the year. The CubeSat, which is about the size of a cantaloupe, can be placed into orbit for less than $100,000. The even smaller TubeSat can be launched for $8,000. Compare those costs to, say, a cellular tower at $150,000, and “the small satellite becomes the obvious choice,” Parker says.

But if cost is not the main barrier to space computing, data transmission rates could well be. Currently, servers and computers send and receive information mostly through cables or fiber optics, which allow a data transfer rate of around 100 megabits per second for typical applications. Satellites and cell phones, on the other hand, beam information using electromagnetic waves. (The data is delivered in a code of ones and zeroes, with the height or the frequency of the wave distinguishing between the numerals. A series of numerals is then translated by the receiver into useable information. For example, the letter “A” is represented by eight zeroes and ones—eight waves.) This method of transmission is much slower than using wires. Verizon claims that its LTE wireless network, for example, downloads at speeds between five and 12 megabits per second. At that rate, storing large amounts of data in space is just not feasible.

ConnectX’s proposed solution to the transfer rate challenge is twofold. First, the company is working on a way to twist radio beams to increase data transmission rates. This might sound farfetched, but Alan Willner, a professor of electrical engineering at the University of Southern California, has recently developed a similar technique, which achieved a rate of 32 gigabits per second—about 30 times faster than LTE wireless. Willner published an account of the research in Nature Communications on September 16. “It was interesting to see that come out,” Parker says, “because our technology requires spin, but we do it in a different way that’s much more effective.”

That different approach is where the real blockbuster innovation of ConnectX might be found. In addition to twisting the radio beams for faster transmission, the beams will be sending the data in a condensed, non-binary symbol structure. Instead of the letter “A” requiring eight waves, it could require just one. Or an entire sentence, “The apple fell far from the tree,” could be communicated with a single symbol. “Our symbol structure can get even more complex as we evolve it,” Parker says, “where a symbol can mean more and more information.” This eases not only transfer rates, but could also speed up analytics by reducing the sheer volume of data that must be combed through to find actionable intelligence.

According to the head of data science at a Fortune 500 company, who is familiar with ConnectX’s work, the value of the company’s proprietary symbol structure can be communicated in one word: visualization. In the traditional approach to big data analytics, records are two dimensional and it’s therefore difficult to see relationships between products and people or changes over time. “That’s what ConnectX is trying to fix,” the data science manager says, “picturing the data as an object with relationships, attributes and movement. That’s what’s missing on the market now: something that can show the insights, and help executives figure out the next steps for the company.”

ConnectX’s team of 13 employees, most of whom are engineers and scientists, are hoping the company can fill that void. They plan to prove the transmission technology on earth first, then test it in space. The beta launch is slated for 2017.