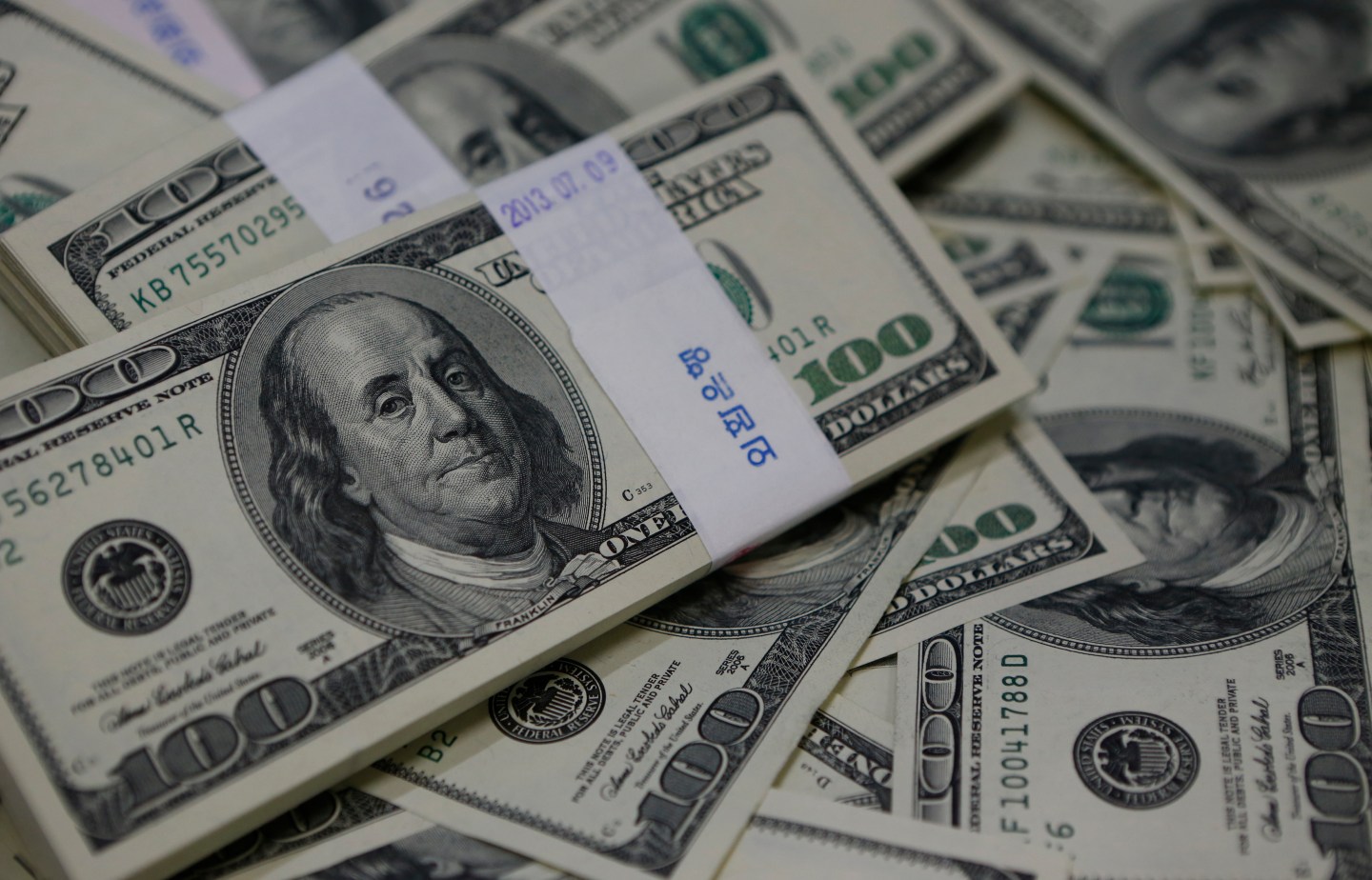 The strengthening dollar will make that summer vacation abroad more affordable.But it sure is taking a bite out of U.S. companies’ results.

Procter & Gamble (PG), the maker of products such as Tide detergent and Gillette razors, reported disappointing results on Tuesday, and laid much of the blame on the strong U.S. dollar before warning investors that the ever rising greenback would slice off 5% from sales this year, and 12% from its profit.

“The October – December 2014 quarter was a challenging one with unprecedented currency devaluations,” said P&G Chief Executive A.G. Lafley. “Virtually every currency in the world devalued versus the U.S. dollar, with the Russian ruble leading the way.”

The P&G news follows a poor holiday sales report from Tiffany & Co (TIF), due in large part to unfavorable currency movements, and a warning last week from P&G rival, Kimberly-Clark (KMB), the maker of Kleenex and Scott towels, that the negative effect of foreign exchange would lower sales in 2015 by as much as 9%.

Even McDonald’s (MCD), which has plenty of other problems to deal with, blamed a strong currency for lowering its profit per share last quarter by 8 to 12 cents. The damage has not been limited to consumer and retail companies: Caterpillar, (CAT) blamed the decline in its sales squarely at the feet of the weakening Japanese yen and the euro, while chemicals company Dupont (DD) and drug maker Pfizer (PFE) also called out foreign exchange as a factor in lackluster results.

The U.S. dollar has appreciated more than 15% against the yen, the euro and the Canadian dollar in the last half year, so investors should expect many more warnings from companies as corporate earnings seasons pick up.

U.S. retailers that rely disproportionately on tourism are likely to suffer the most. Indeed, Tiffany president Frederic Cumenal, who will become CEO in April, said he expects pressure from the strong U.S. dollar to persist throughout 2015 and hurt sales to tourists in the U.S.—foreign tourists account for 40% of sales at Tiffany’s flagship on Manhattan’s Fifth Avenue, a store that on its own generates one-eighth of company sales. HBC’s Saks Fifth Avenue chain is also dependent on tourism: its big Manhattan store drives 20% of its sales.

While the U.S. Travel Association expects international visits to rise 4.1% this year, there are concerns tourists might shorten their stays, and cut back on shopping while here. But even a meat-and-potatoes retailer like Wal-Mart Stores (WMT), with 41% of sales abroad, could feel the pinch.

Consumer goods companies, which went global decades ago, are particularly exposed. Avon Products (AVP) is struggling and only gets 15% of its sales in the United States, making it particularly vulnerable to the greenback’s ascent. It is also, just like P&G and Kimberly-Clark, exposed to the foibles of the Venezuelan bolivar which last year drove Clorox (CLX) out of that market altogether.

Here is a look at just some of the other U.S. retail/consumer companies that have a lot to lose from a strong U.S. dollar:

So while that cheap European jaunt may be fun, just remember others might not be so thrilled with the U.S. dollar’s upward climb.