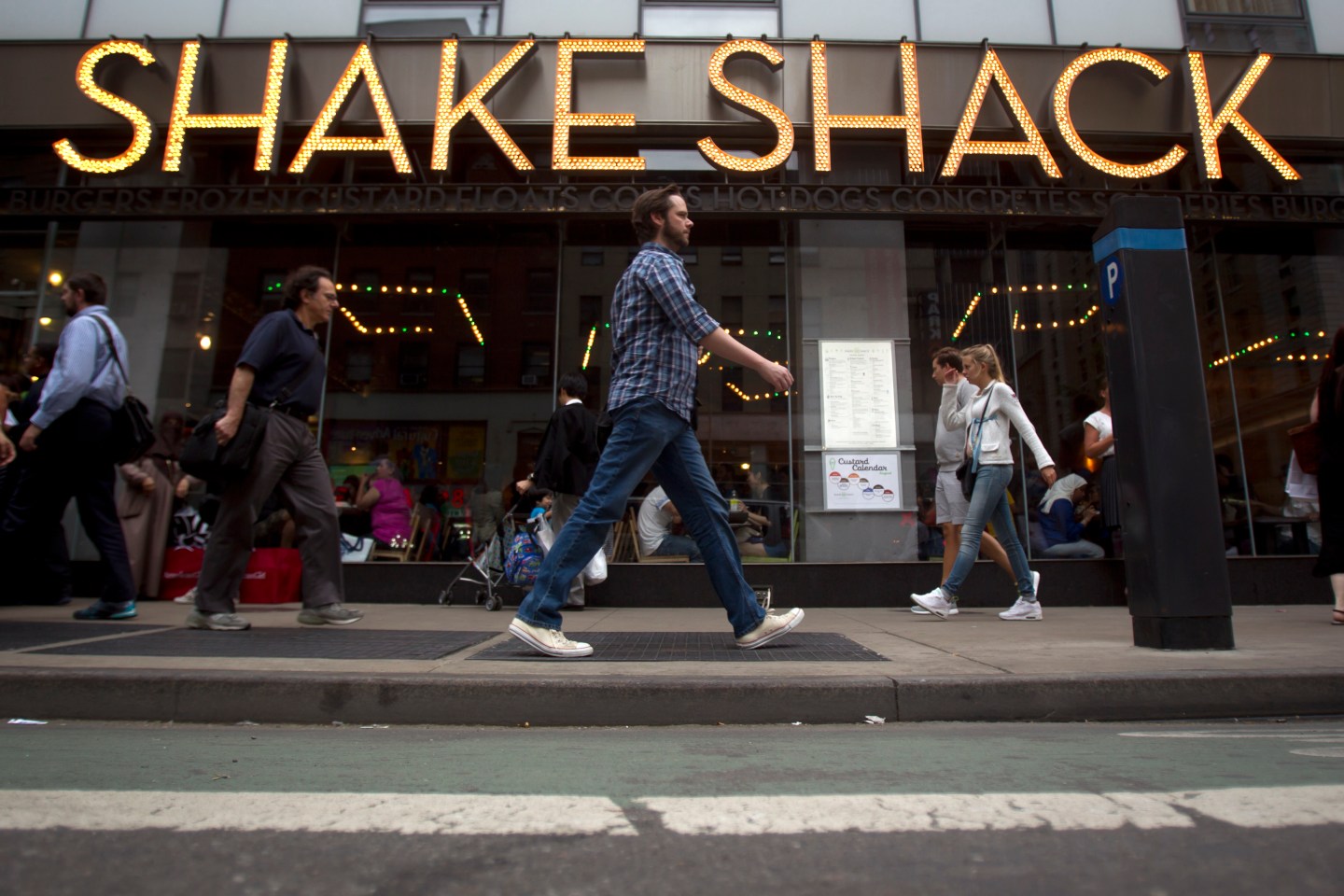 Last year, U.S. restaurants and cafeterias served 9 billion hamburgers, a jump of 3% that stood in contrast to the declining fortunes of the grilled chicken sandwich – the burger’s only real competition in the sandwich wars. Servings of chicken sandwiches fell 9% to 1.3 billion.

The continued burger boom is partly the result of the fast growth of smaller chains like Shake Shack, which recently filed to go public in a $1 billion IPO, as well as In-N-Out Burger, Five Guys, and Whataburger. Those chains are also benefitting from the overall increased spending on eating out at restaurants by Americans now feeling better about their finances and job prospects after holding back for years. The National Restaurant Association on Tuesday forecast that industry sales would rise 3.8% this year to $709.2 billion, helped by lower gas prices and job gains.

“The overall industry is definitely in a better place now than several years ago,” said Hudson Riehle, senior vice president of research for the restaurant association.

Still, the restaurant industry will continue to face some challenges this year, the industry group said. For one thing, food costs are expected to rise again this year, following a 5% jump in wholesale food prices last year. Only lower prices for dairy and pork will provide some relief. For another, with unemployment easing, the restaurant industry will likely be under pressure to raise wages because of increasing competition for workers.

Still, the restaurant association is hopeful after years in which people skimped on going out for a bite to eat. Now, with money in their pockets, there’s a lot of pent-up demand for restaurant meals.