7 things to know before biting into Shake Shack’s IPO 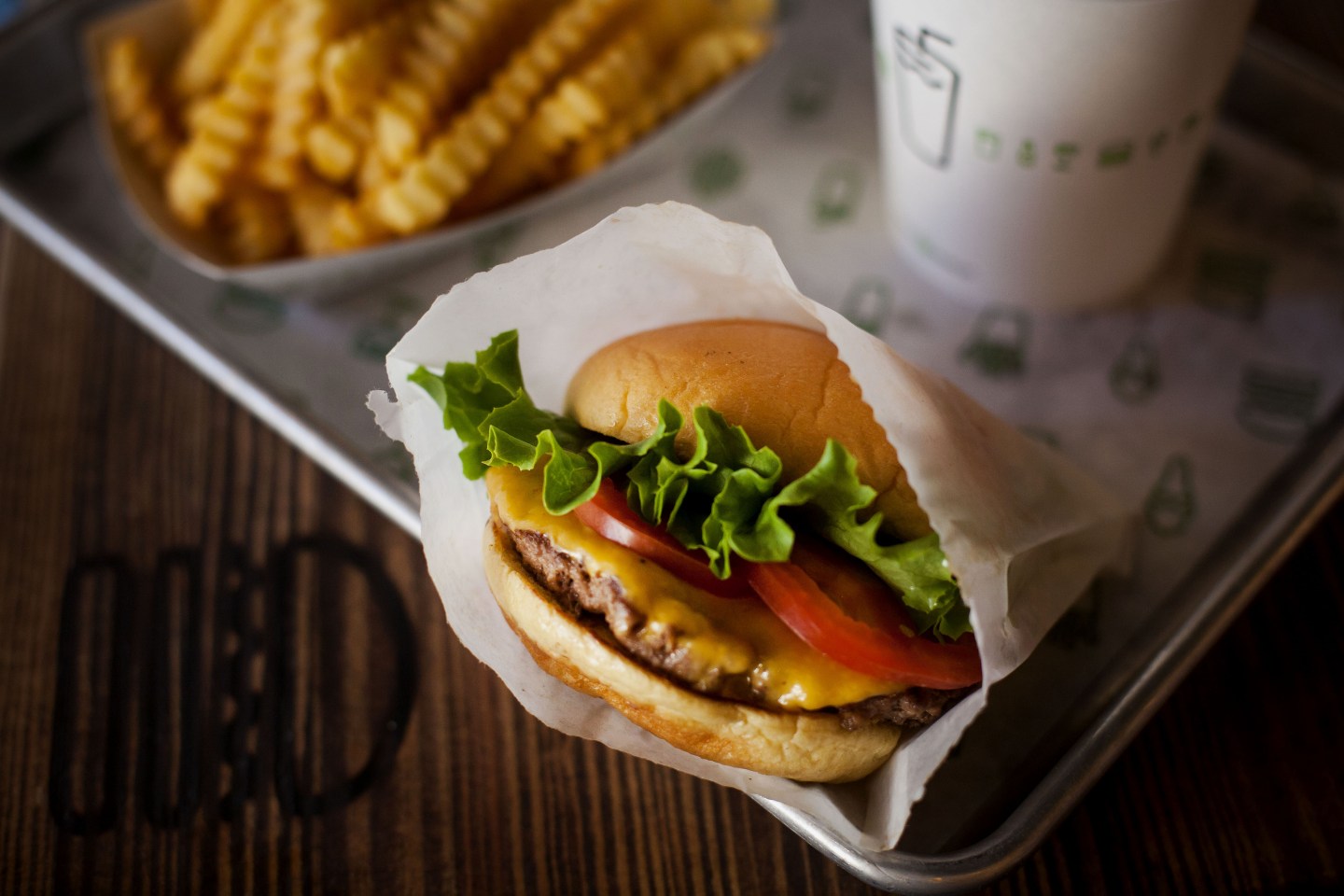 Shake Shack, after months of speculation, has finally served Wall Street its plan to launch an initial public offering.

The company’s filing with the Securities and Exchange Commission is certainly a feast of interesting tidbits about the restaurant chain’s growth, strategy, and risks.

A look at the recent IPOs of other consumer-focused restaurant and grocery chains suggests Shack Shack’s debut on the New York Stock Exchange will be met with a ravenous appetite.

The stocks of Potbelly (PBPB), Noodles & Co. (NDLS) and Fairway (FWM) soared in their first day of trading. But many of those stocks have subsequently faltered as quarterly results have disappointed investors.

Anyone interested in buying what Shake Shack is selling should take a close look at what’s in the company’s S-1 filing. Fortune has pulled out seven points we found particularly interesting.

1. It takes Shake Shack nine months to do what McDonald’s does in a single day

Shake Shack generated nearly $79 million in “Shack sales” for the first nine months of 2014 (licensing revenue pulled in an additional $4.8 million). It takes fast-food giant McDonald’s (MCD) about a day to generate almost the same amount of revenue, but Shake Shack is a growth story while McDonald’s faces a set of challenges. Still, there are some worries about growth trends at existing Shack locations. “Same-Shack” sales growth — the term the company uses for the change in year-over-year revenue for U.S. company-owned stores opened for at least 24 months — have slowed. Same-Shack sales growth only totaled 1.2% in the latest quarter (the growth was 8.2% for the same period in 2013 and 2012, and as high as 27% in the first quarter of 2012).

It took the Shake Shack brand, born in 2004, five years to open a second location. The company says it is still in “the very nascent stage of our story,” with only 31 domestic company-operated and five domestic licensed locations across 10 U.S. states and Washington, D.C. Shake Shack believes it can eventually open “at least 450” Shacks by opening new restaurants in existing and new markets. The company has just one location west of the Mississippi River (in Nevada), although it is poised to enter the Texas market after signing a new lease in Austin.
[fortune-brightcove videoid=3958852017001]

3. They’ve got a wholesome-sounding motto

Shake Shack calls itself a “fine casual” restaurant (not to be confused with the “fast casual” label that has been tossed around by those describing competitors such as Chipotle and Panera). But the restaurant company has a mission statement that sounds pretty similar to what other fast-casual brands are hawking. It calls its vision “Stand For Something Good,” a link to the company’s purported efforts to integrate with local communities. That motto doesn’t sound too far off from Chipotle’s (CMG) “Food with integrity.” Along the same lines, Panera (PNRA) earlier this year rolled out a new food policy committing to “clean ingredients.” All three are looking to differentiate themselves from the established fast-food chains with feel-good mottos meant to appeal to the Millennial crowd.

4. The Shack still relies heavily on its hometown

Shake Shack, which has seven restaurants in Manhattan, still relies pretty heavily on the tiny island. Average volume is almost twice as high at Manhattan restaurants than at U.S. locations outside of that region. Operating profit margins are also higher: 30.3% versus 21.9% in non-Manhattan Shacks. The company warned that Shacks opened in new markets “are likely to be less profitable on average than our Manhattan Shacks and may have higher construction, occupancy or operating costs than Shacks we open in existing markets.”

5. The menu has remained fairly consistent

Shake Shack’s core menu items haven’t materially changed since 2004. It includes a mix of hamburgers, crinkle-cut fries, hot dogs and frozen custard. The company has a few limited-time offers, like Shacktoberfest — a 10-day event in October when the company sells sausages, beer and desserts in an ode to traditional Oktoberfest fare. Other seasons offers include an Irish fries promotion on St. Patrick’s Day, and the sale of corn dogs during the Memorial Day, 4th of July and Labor Day weekends.
[fortune-brightcove videoid=3958703411001]

6. Potential beef-related shortages are a risk

With five approved sources of raw material in the U.S. (and seven in other countries), Shake Shack is well positioned to handle any potential disruptions to supply. In its IPO filing, the company warns that one risk it faces is related to its regional grinders, which process and convert the materials purchased from the slaughterhouses. “If there is an interruption of operation at any one of our regional grinder’s facilities, we face an immediate risk because each Shake typically has less than three days of beef patty inventory on hand,” Shake Shack said. However, Shack said it has agreements with regional grinders to provide an alternative back up supply in the event of a disruption.

7. International expansion comes with some headaches

The company’s 27 internationally licensed restaurants import most of Shack’s proprietary ingredients from the U.S. and the European Union. Potato buns are exclusively from the U.S., for example, while other items, such as the fries and American cheese, come from the U.S. or the EU. Shack said it has had some issues supplying its international locations, noting it specifically has past and ongoing issues in ensuring “that timely and adequate supplies reach our Middle East Shacks.” Recent sanctions enacted in Russia have hampered the company’s ability to import ingredients to the Russian Shake Shack, and as a result the company has given that restaurant approval to use alternative ingredients not affected by the sanctions.