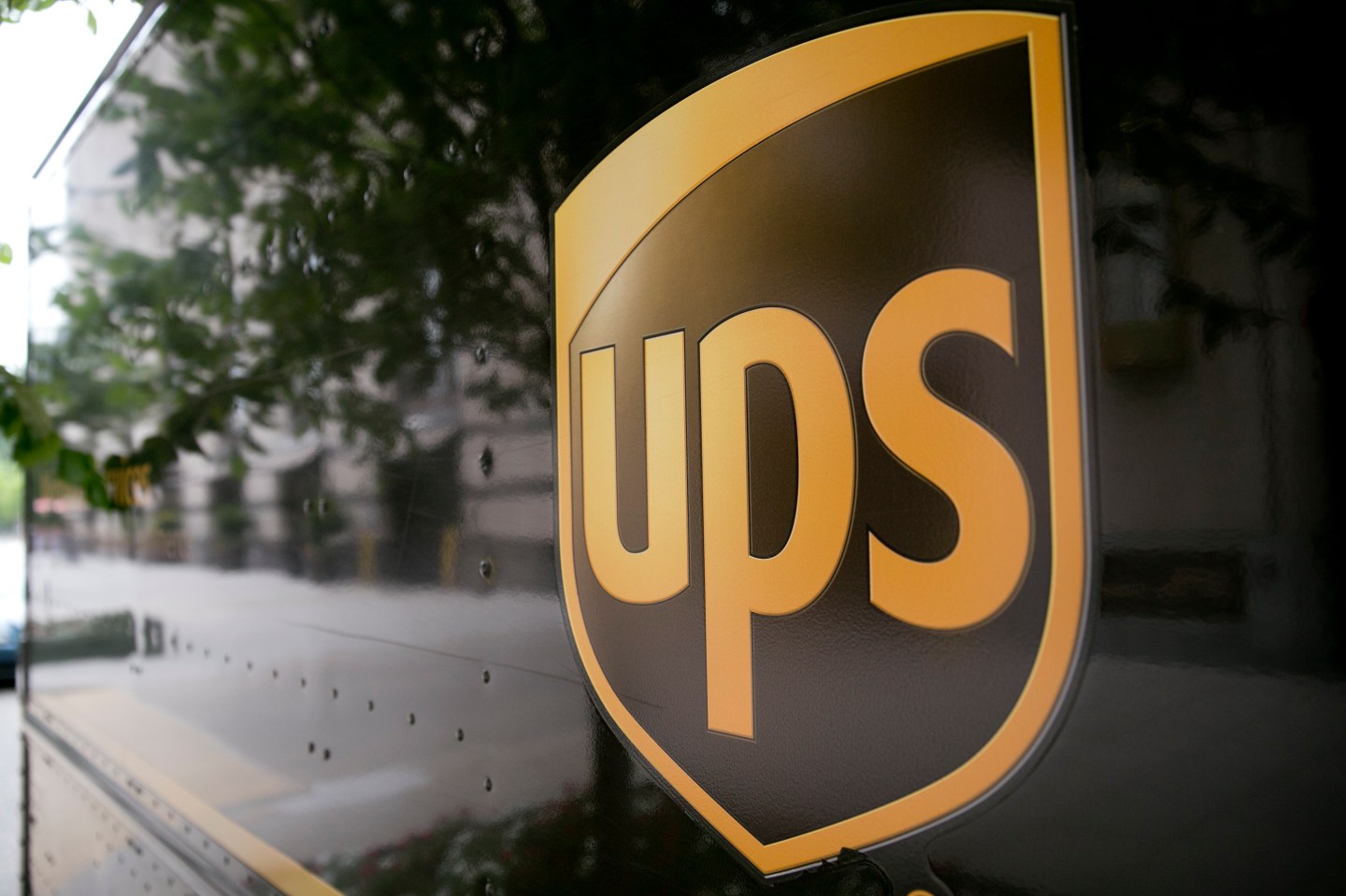 The United Parcel Service Inc. (UPS) logo is seen on the side of a delivery truck.
Photograph by Andrew Harrer — Bloomberg/Getty Images

United Parcel Service (UPS) just can’t seem to get it right when it comes to planning for the holidays.

The world’s largest delivery company reported on Friday what it called “disappointing” preliminary quarterly financial results, the effect of adding too much extra firepower for the 2014 holiday season to avoid a repeat of the 2013 debacle. That year, UPS failed to deliver countless packages in time for Christmas as it grappled with snowstorms and last-minute surges in online orders.

Taking no risks, UPS said in September it would nearly double seasonal hiring. It also spent about $500 million on measures such as automated sorting systems to quickly identify ZIP Codes and have the ability to re-route packages in the event of the kind of bad weather that in 2013 created all sorts of chaos.

It worked, with an assist from Mother Nature. (There were no major snowstorms anywhere in the country to snarl UPS and its competition.) According to tracking-software developer Shipmatrix Inc., some 98% of UPS and FedEx (FDX) express packages were delivered on time on Dec. 24, up from about 90% for FedEx and 83% for UPS a year earlier. UPS had previously forecast it would ship about 585 million packages in December, up 11%.

But that highly improved customer service came at a big cost to UPS’ bottom line: the company lowered its profit forecast for fiscal 2014 and said fiscal 2015’s profit growth would be a bit below its longer term forecast. In contrast, as if to mock UPS, and prevent its shares from taking a double-digit dive, FedEx soon after said it was sticking to its profit forecast.

While total package volume for the holiday season came in as expected for UPS, that was largely because of the surges on Cyber Monday, the biggest e-commerce day of the year, and Dec. 22, typically the peak day for UPS because of retailers’ cutoffs for guaranteed delivery by Christmas Eve. Demand for the other 59 days of the holiday season came in below UPS expectations, meaning a lot of that extra holiday muscle went unused.

“UPS invested heavily to ensure we would provide excellent service during peak (season) when deliveries more than double. Though customers enjoyed high quality service, it came at a cost to UPS,” said CEO David Abney. He also hinted that retailers would stop getting a (relatively) free ride and bear more of that cost next Christmas period. “Going forward, we will reduce operating costs and implement new pricing strategies during peak season.”

That should add to the growing tension between retailers and the delivery companies: in October, the Wall Street Journal reported that UPS was trying to convince e-commerce companies to hold their big sales in mid-December instead of so close to Christmas itself and to eschew free overnight-shipping offers on Dec. 23, lest it find itself unable to handle the surge again. And Reuters reported a month later that UPS said it would charge customers more, and maybe refuse packages if last-minute sales by a major customer threatened the company’s system.