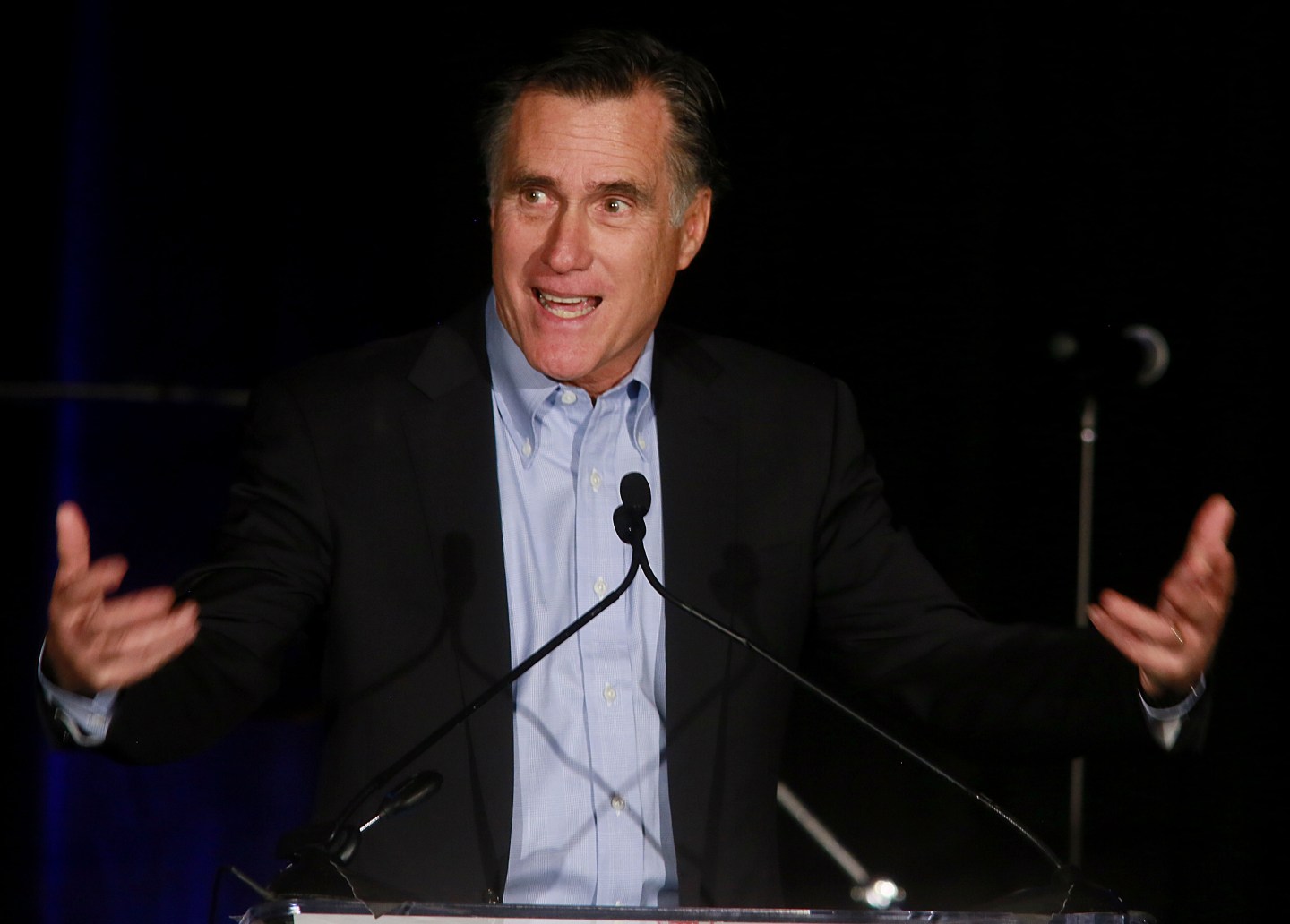 In a political twist, former Massachusetts governor and presidential candidate Mitt Romney recently announced he is seriously considering another run for president in 2016, but this time under the populist banner of an anti-poverty candidate. That might sound good outwardly, but given Romney’s last bid for the White House, it also seems disingenuous and bizarre.

To be fair, in theory, the argument that conservative principles of low regulation, low taxes, and greater incentives for business could generate economic prosperity for all is not unreasonable. The problem is the multi-millionaire candidate himself – who has proven time and again to be tone deaf to the challenges confronted by average Americans — focused only on the welfare of the richest citizens. Romney has taken hard right positions to satisfy the extreme wing of the Republican party. His infamous “47%” remark underscored that point and very likely cost him the 2012 elections.

This makes it highly improbable that voters will believe his reincarnation, no matter how sincere he is. In fact, his 180-degree turn on the issue of poverty may itself be construed as a sign of political duplicity and lack of trustworthiness for the presidency. In an era when public confidence in Washington is at an all-time low, a candidate who flip-flops so brazenly is simply more proof of why our political system is broken.

Another black mark on a potential Romney run is Paul Ryan, Romney’s former running mate and an Ayn Rand acolyte who managed to alienate the public even more than Romney himself in 2012. If Romney was clueless about the economic realities of America, Ryan tainted him further by appearing callous and indifferent to those realities. To get back on track, Romney would have to undo the damage that Ryan and the Tea Party, not to mention himself, did to his credibility and respect amongst the electorate. That is no small task.

Then there is Romney’s background as a private equity CEO, which he will no doubt once again highlight to convince voters that he would make a good president. But the mood in the country is different today. With economic inequality standing at historic levels, many voters are likely to be skeptical of anyone with corporate credentials being in charge of their welfare, least of all a wealthy Wall Streeter. Populist talk alone won’t change that.

Contrast this with former Florida governor Jeb Bush, who is also considering a bid for the White House. Unlike Romney, he does not carry the political baggage of an elitist image (only a dynastic one) and is regarded as a more moderate candidate. If Bush does run, Romney might face the added difficulty of convincing his own party to give him a second chance when there is a big name alternative who could be an easier sell to the public.

Romney’s track record as a CEO also has another pitfall. It makes him very sure of himself, and for today’s complex world – perhaps a little too sure. Unlike a company, which has a finite number of stakeholders working toward a common goal of maximum profitability, our country has an almost infinite number of constituencies based on race, religion, socio-economic status, professional goals, personal beliefs, and myriad other factors, and it is hard to define a central goal which a commander-in-chief can rally citizens around. Romney’s cut-and-dry business leadership skills, in other words, may not apply to a complex nation like the U.S. today, which requires a more nuanced approach to address the (often) contradictory needs of disparate constituencies all at once and without the benefit of a common theme to unite everyone. It could be argued that nobody could do this job anymore, but certainly not a man who fundamentally believes that capitalism alone can solve all problems.

This is not to say that Romney’s private sector experience would not be valuable in Washington. We do need more people in government who truly understand business and who can temper political decisions with sound business sense, but those skills are best limited to the economic sphere and not applied at a macro level at the White House.

For example, Romney could apply his acumen from private equity to advise the U.S. government on how best to invest in new technology or infrastructure that can strengthen our competitive position in global trade, or help to forge more effective public-private partnerships for education or the environment. Those types of things don’t require Romney to be president – they just require him to put aside his ego and spend time actually working to improve our economy instead of campaigning about it.