International ·The New World of Business

Why you shouldn’t invest in the Russian kleptocracy 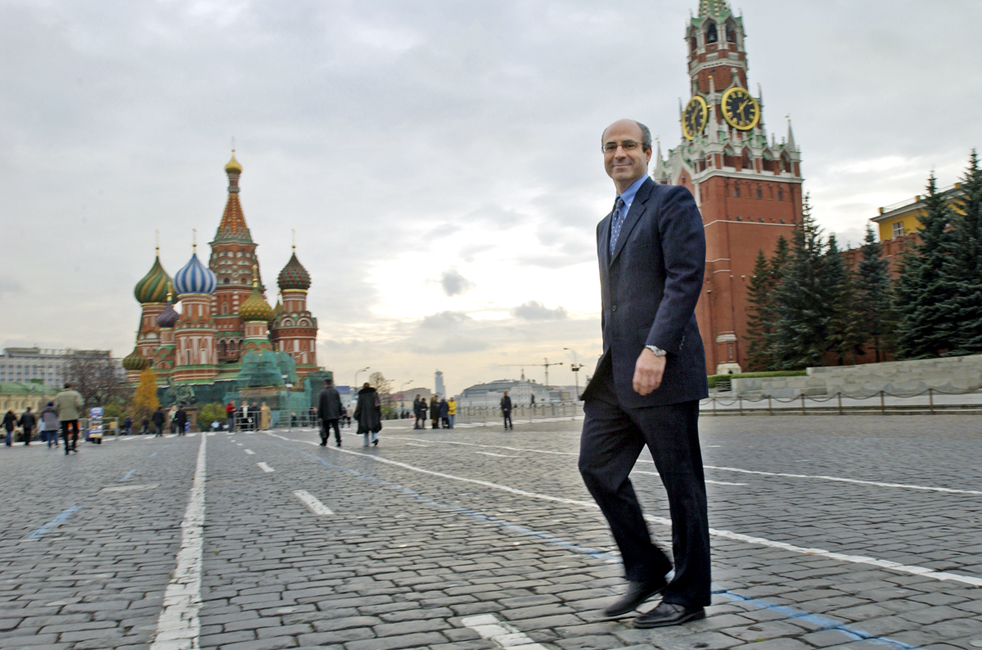 Three years ago at the World Economic Forum in Davos, Switzerland, I found myself at dinner with the CEO of a Belgian industrial conglomerate and the head of a major Swiss commodity-trading firm. As I was putting my napkin in my lap, the Belgian grabbed my name tag and exclaimed, “You’re Bill Browder? You’re the reason we don’t invest in Russia!” The commodity trader looked over and said, “Same for us!”

You may wonder why two strangers had sworn off Russia because of me, but when you hear my story, you’ll understand.

I moved to Moscow in 1996 to set up an investment fund called the Hermitage Fund, which eventually became the largest investment fund in the country, with $4.5 billion in assets.

I had an enormous financial interest in stopping the stealing, so I took it upon myself to research the theft and then share my findings with the Western press. Until about 2004, this strategy worked well. The oligarchs were stealing power from Putin at the same time that they were stealing money from me, so I had a very powerful, if accidental, ally. As I confronted companies like Sberbank and Gazprom, Putin would often weigh in on my behalf and slap them down.

Unfortunately this alignment didn’t last. In the summer of 2004, Putin publicly crushed Russia’s biggest oligarch, Mikhail Khodorkovsky, who was put on trial and sentenced to nine years in prison. The other oligarchs quickly fell into line. From that moment forward, Putin’s interests diverged from mine. Shortly thereafter he expelled me from Russia and declared me a threat to national security.

After I was deported, 25 police officers raided our offices in Moscow and seized our corporate documents. These were used to steal our investment companies and ultimately to commit a $230 million tax-rebate fraud, the largest in Russian history.

Our lawyers started to investigate, but the police opened criminal cases against each of them, forcing them and their families to flee the country. Only one—Sergei Magnitsky—stayed and bravely testified against the officials involved. Shortly afterward he was arrested, thrown into jail, and tortured. After 358 days, he was beaten to death by eight riot guards with rubber batons.

The Russian government then began an extensive coverup. It refused his family an autopsy, exonerated every official involved, and accused Magnitsky of committing the crime that he had uncovered.

Clearly this story should be enough to dissuade any reasonable person from investing in Russia. But amazingly, my phone has recently started to ring with people asking, “Hey, Bill, the Russian market is down 63% from its high four years ago. Do you think we should get in?”

Putting aside any moral arguments, $1,000 invested in Russia today will be worth a lot less in five years.
When Putin invaded Ukraine, he had no idea how fragile the Russian economy was. The combined effect of Western sanctions and crashing oil prices—along with what has been estimated to be at least a $1 trillion theft from the state by Putin’s cronies—has resulted in an economic crisis that’s worse than 1998’s.

In the past year the ruble has devalued by almost 50%. This is particularly pernicious in a country that imports more than half its consumer goods. Imagine that half the things you buy have just doubled in price. What would you do? Get mad at your leader, that’s what.

Putin is not a man who deals well with other people’s negative emotions toward him. His only reflex in these situations is to crack down. That, in turn, only incentivizes people to take more money out of the country, which further devalues the ruble. This appears to be an unstoppable doom loop. Putin’s KGB playbook of oppression works on individuals, not on markets. He will never be able to bend the markets to his will.

This won’t end well for anyone involved. There will be full-scale currency and capital controls in the future. When there’s still not enough money, Putin will start expropriating and nationalizing companies just as Hugo Chávez did in Venezuela.

And when that doesn’t work, he will start printing money, creating hyperinflation. The only thing that can save him is $100-a-barrel oil.

Ultimately, Putin’s days are numbered. It may be a year, two years, or more, but his brand of dictatorship is incapable of dealing with such a grave economic crisis in such a big and unmanageable country. In the meantime, don’t be fooled by the likely dead cat bounces. Russia is a sucker’s market, and one that you shouldn’t touch with a barge pole.

Browder, founder of Hermitage Capital Management, was Russia’s largest foreign investor until 2005. His book Red Notice: A True Story of High Finance, Murder, and One Man’s Fight for Justice is being published by Simon & Schuster on Feb. 3.