International ·The New World of Business 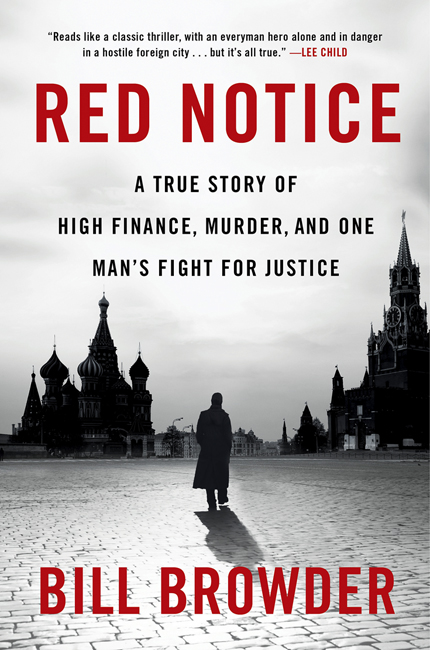 The jacket note for Bill Browder’s Red Notice calls it “a real-life thriller about an American-born financier in the Wild East of Russia, the murder of his principled young attorney, and his dangerous mission to expose the people responsible in the Kremlin.”

The description is accurate as far as it goes. Browder’s lawyer, Sergei Magnitsky, uncovered a $230 million fraud perpetrated by Russian government officials against one of Browder’s companies in 2008. He was jailed after disclosing the fraud and subsequently killed while in prison. Browder, who as founder and CEO of Hermitage Capital Management had made and lost billions of dollars in Russia, has devoted himself since Magnitsky’s death to exposing corruption and human rights abuses in Russia. For his efforts, Browder now finds himself subject to extradition to Russia, where the government has convicted him in absentia of tax evasion and sentenced him to nine years in prison.

But that’s only part of the story. The first half of Red Notice traces Browder’s improbable journey from prep-school washout through college, business school, and a series of consulting and Wall Street jobs before becoming Russia’s largest foreign investor.

The son of left-leaning academics and grandson of Earl Browder—the labor organizer and head of the American Communist Party—Bill Browder rebelled by becoming a capitalist. He recounts his early training through a series of pitch-perfect descriptions of J.P. Morgan recruiters, Boston Consulting Group managers, Salomon traders, and dealmakers such as Robert Maxwell, Ron Burkle, and Edmond Safra.

This book-within-a-book does for investing in Russia and the former Soviet Union what Liar’s Poker did for our understanding of Salomon Brothers, Wall Street, and the mortgage-backed securities business in the 1980s.

Browder’s business saga meshes well with the story of corruption and murder in Vladimir Putin’s Russia, making Red Notice an early candidate for any list of the year’s best books.