Wendy’s shows that not all burger news is bad 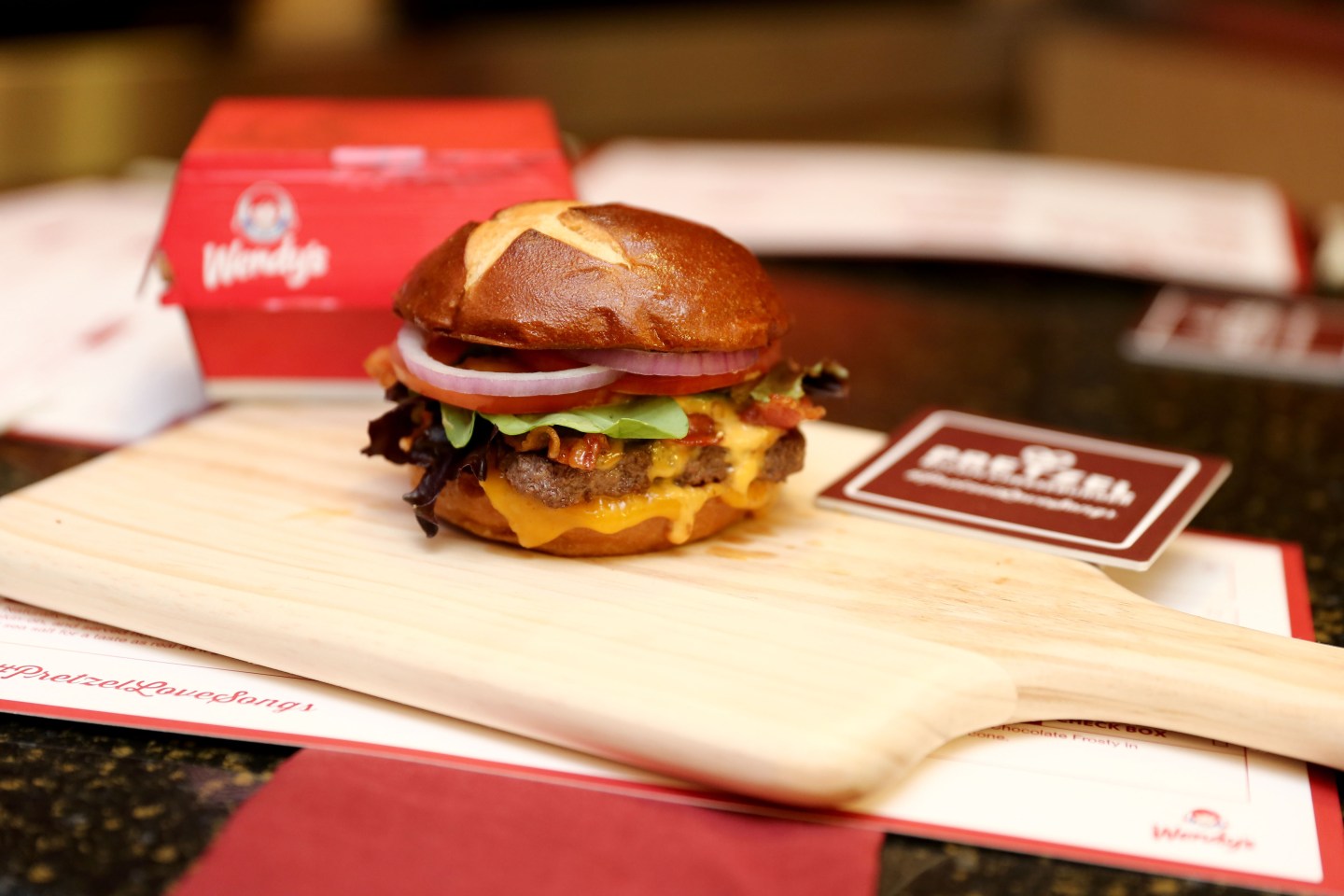 Supposedly, people who enjoy burgers are moving away from giant fast-food chains like McDonald’s, Burger King, and Wendy’s, and toward so-called “better-burger” outlets like Five Guys, Shake Shack, In-N-Out, and Smash Burger. And there seems to be some truth to that, as burger sales at the big chains are generally down or weak as the better-burger boys continue to grow.

But we shouldn’t read too much into this. While the major chains are all struggling to various degrees, they are also still gigantic, and still overwhelmingly dominate the burger market. They serve a different purpose than the burger upstarts do, and though they are beset by challenges—not only from those outfits, but also from fast-casual chains like Chipotle and Panera—demand for cheap, fast burgers can sink by only so much. Cheap, fast burgers, after all, are an American institution—and one that is widely shared overseas.

The question is which of the chains is positioning itself best to deal with the changes in the industry, and in consumers’ tastes. Investors and a few analysts have recently come across with an answer: Wendy’s (WEN).

This month, Citigroup analyst Gregory Badishkanian initiated coverage of Wendy’s with a “buy” rating and called the chain “a cut above” the competition (a reference to Wendy’s slogan and strategy.) He cited unit performance, the company’s efforts to boost its image, new menu items, plans for global expansion, and its strong management team.

Also this month, Morgan Stanley raised its rating from “underweight” to “equal” an raised its target to $10—now already surpassed—from $7.50. And Ivan Feinseth of Tigress Financial reiterated his Buy rating. He noted in particular the company’s five consecutive quarters of growth in same-store sales and its continued selling-off of restaurants to franchisees, a move designed to improve cash flow.

Wendy’s shares closed at $10.46 Thursday, up by more than 8% in the two weeks since Badishkanian issued the first if this recent spate of positive analyst reports. After hitting a low of $7.61 in October, shares have climbed steadily, by more than 38%, even as bad news from McDonald’s has poured forth. Its shares have proved resilient, if volatile, consistently bouncing back from each new bit of bad news. That stock closed at $90.89 on Thursday, down about 4% over the past year, when it has traded as high as $103.53 in May and as low as $88.46 last month. McDonald’s is set to release its earnings for the year on Friday.

That resiliency might not last much longer, however. Last week, Nation’s Restaurant News issued an analysis concluding that McDonald’s looks poised to report that its domestic systemwide sales fell in 2014 for the first time in “at least 30 years. ”

More likely, it will be the first time it’s ever happened. NRN reports:

That decline would end the longest run of U.S. restaurant sales growth for a single chain in history, growth that turned McDonald’s into the biggest, most recognizable restaurant brand in the world. Nation’s Restaurant News could not find a record that McDonald’s has ever reported a decline in domestic systemwide sales.

As McDonald’s tries to regain its foothold, and decide on an identity (is it a fast-food outlet, or a quick-service restaurant with a wide range of choices, including healthy ones?), Wendy’s “A Cut Above” brand-positioning strategy has been particularly well-timed. The idea is to get consumers to think of the chain as offering higher-quality food in more pleasant restaurants, while also continuing to think of Wendy’s as a place for cheap, fast eats. On both pricing and marketing, it’s a precarious balance, but one that Wendy’s, unlike McDonald’s, seems to be maintaining so far.

At Burger King, meanwhile, the picture is mixed. The chain swung to a loss in its most recent quarter, partly thanks to expenses related to its acquisition of the Canadian coffee shop chain Tim Horton’s. But same store sales were up 2.4% globally and 3.6% in the United States and Canada, Burger King reported in November. Revenues ticked up a bit, by 1.4%, and adjusted earnings rose by 1.7%. While Burger King is focused mainly on the acquisition (which appears to be little more than a tax-avoidance maneuver) and (like Wendy’s) on selling off franchises, its marketing strategy is basically to stay the course — offering value deals and looking for new menu items, like chicken fingers, that it hopes will take off. Mainly thanks to the news of the Tim Horton’s acquisition, Burger King’s stock has been on a tear: up 64% over the past year, with most of that gain coming after the announcement of the deal in August.

Recent developments at the burger chains and at Yum Brands (YUM) (parent company of Pizza Hut, KFC and Taco Bell) have shown that Americans are becoming much more fickle and unpredictable when it comes to fast-food choices. They are moving both up (to the higher-end burger outlets, as well as to the likes of Chipotle and Panera) and down (to the likes of Sonic Drive-Ins and smaller regional chains and independents.)

Sonic’s (SONC) strategy is plain and clear — and it’s working. Sonic, the fourth largest chain after Wendy’s, hasn’t tried to be anything other than what it is: a place for scarfing down cheap eats. The results: ever-rising same-store sales (up 8.5% in its most recent quarter), and profit growth of 23%.

Wendy’s of course can’t directly compete with that, and neither can McDonald’s. But where Wendy’s has emphasized quality while keeping a lid on prices, McDonald’s seems to have been led almost entirely by public-image concerns. Because of its size (14,000 U.S. locations) and history, McDonald’s is often made the whipping boy for America’s poor dietary habits, income inequality, and general anti-corporate sentiment. There’s not much it can do about that, but it certainly can’t market its way out of the problem, or change public sentiment through its menu. On this score, the much-smaller Wendy’s has a distinct advantage.