Burger King and Tim Hortons: A recipe for success? 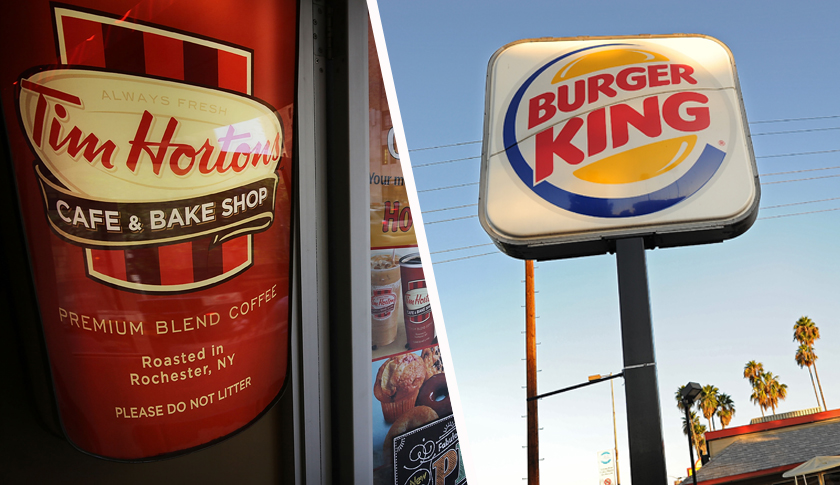 Since then, some reports signaled that there must be more to the merger than Burger King trying to secure a lower tax rate by moving its headquarters to Canada. First off, the Wall Street Journal, which broke the news on Sunday, noted that Burger King doesn’t plan on a clause in the agreement that would let it back out if the U.S. government tried to stem the benefits of inverting. Secondly, Burger King’s tax rate is only a couple of percentage points higher than Tim Horton’s to begin with.

If not for the inversion, it’s hard to see on the surface what a deal between this odd couple could add to both—a U.S. burger joint run by investment firm 3G Capital and a cherished Canadian doughnut operation that adorably calls its doughnut holes Timbits. Fortune took a look at what else could be driving the merger.

Breakfast has been a bright spot for the fast food industry, and Burger King doesn’t have much of a breakfast business. Industry tracker Technomic estimates that Burger King does about 10-15% of its sales at breakfast, or about $1 billion a year. That’s about 2% of the $45-50 billion foodservice breakfast market. Executives are working to improve that number. Earlier this year, for example, they said they were rolling out a “Burgers at Breakfast” program.

While Tim’s breakfast business is small, by comparison, the Canadian chain is better at it. Technomic estimates that 30-40% of its $600 million in U.S. sales come from breakfast. Key here is Tim’s coffee, which Burger King could adopt in its restaurants. Miller Tabak analyst Stephen Anderson estimates that Starbucks has about 35% of the foodservice coffee market, Dunkin Donuts has 22%, McDonald’s 7%, followed by 7-Eleven and then Tim Hortons. The boost from Tim’s coffee would be small, but Burger King could use it, as it doesn’t even make the list.

The acquisition also would let the newly formed company tap into a wider customer base. The Home of the Whopper “seems more on the indulgent side of breakfast,” Anderson says. “It’s more catered toward young hungry men.” Tim’s has a broader customer profile and healthier food items like oatmeal and egg whites—yes, we know we’re talking about a doughnut shop here, but it’s all relative.

Earlier this year Tim’s put out a roadmap for the next five years that stressed the company’s need to grow the in the U.S. (“a must-win battle”) and in other international markets. The deal would give Tim’s access to Burger King’s franchisee network, including publicly traded Carrols Restaurant Group that operates more than 570 Burger King restaurants. Right now Tim Hortons is nearing 900 locations in the U.S.

Burger King (BKW) also knows how to expand internationally—it operates in some 100 different countries—while Tim’s (THI) only international presence beyond North America is the Gulf region.

One major negative for Tim’s: The deal could be off-putting to Canadian consumers, who don’t want to see their beloved brand acquired by a U.S. company. “They’ll be political ramifications on both sides of the border,” Anderson says. He points out that for Canadians, it may be some sort of consolation that the new company will be headquartered in the Great White North.