How did an American woman become queen of British VCs? 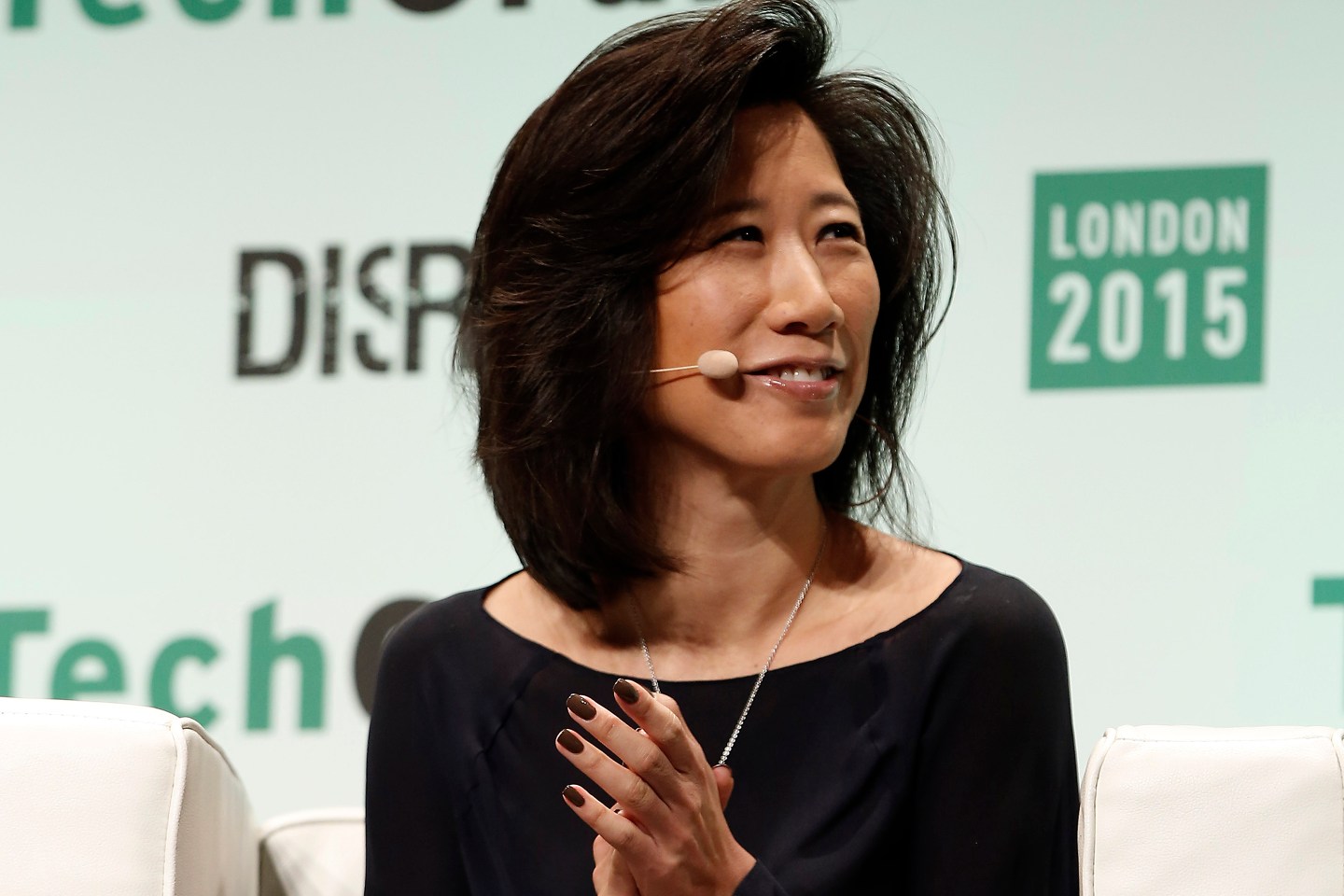 Eileen Burbidge, one of London’s most influential venture capitalists, is an American who built her career by going against convention. A software engineer by training, she earned her chops in Silicon Valley working for some of the world’s most prestigious tech companies, including Apple, Yahoo and Sun Microsystems. But then, she moved to London in 2004 to “push my comfort zone,” becoming one of Skype’s earliest employees.

From there, she and two partners launched Passion Capital, a venture capital firm. It became one of London’s top VC firms — despite the fact that none of the cofounders have a traditional finance background. As a VC, Burbidge has taken a somewhat maverick approach, declaring she won’t invest in “jerks” and backing Lulu, a controversial dating app that allows women to rate men. She recently spoke to Fortune.com about her professional journey, her approach to investment and why she values passion above all else.

Q: What inspired you to move to London and become a venture capitalist there?

The ten years I was in Silicon Valley were phenomenal. However, Silicon Valley began to feel very insular to me. I thought it would be useful to get out “into the real world” or at least the wider world and I looked towards London. I was fortunate enough to secure job offers from both Skype and Shazam, and I went for Skype. I wanted to work with people who were crazy visionaries.

I became an “accidental” VC in that I started working with the former Skype engineers who founded Ambient Sound Investments. We made four investments in London, three of which ended up being with Stefan Glaenzer [who became one of her Passion Capital partners.] Stefan and I realized we probably identify and value similar traits in founders/teams/startups, and so we started talking about working together and raising our own micro VC fund in London.

Q: Given that you and your cofounders, Robert Dighero and Stefan Glaenzer, all have startup experience, how has that shaped your approach as VCs?

We’d like to think that we’re able to assess and relate better to entrepreneurs and are better equipped to add operational and strategic value.

We basically conduct ourselves [as the kind of company] we’d like to partner with if we were still operators ourselves. We started by establishing a co-working space in 2009 and then we were able to raise, close, and launch our $60 million fund, Passion Capital, in April 2011.

At that time, we were the only London-based VC firm in East London (where the entrepreneurs are, now sometimes referred to as “Tech City”) as opposed to Mayfair or the other areas of London which is where financiers were historically located. And we were the only London VC with a co-working space — an open plan that we share with ten to twelve teams at any given time.

We were also the first VC in the world to use a Plain English term sheet and to not re-charge any legal fees to our companies (no fees to a cap, literally no fees whatsoever).

Q: Can you explain the criteria you use when deciding whether to back an entrepreneur?

Of course we look to validate the proposition they’re planning, the problem they’re trying to solve, and their ability to understand the requirements to execute a plan. But we also look for even softer skills such as the motivation behind their ambition.

What I’ve found is that every great entrepreneur has some driving ambition that fuels them. There will be extreme hardships. It’s super stressful to hire people, fire people, build a team, push through challenges and barriers, compete with larger players. So there has to be something that is emotionally anchored, deep-rooted and which will drive that founder through their most difficult days.

Q: Is that why you invested in Lulu?
Like most of our other investments, we invested in Lulu based on the strength, ambition and vision of its founder, Alexandra Chong, who is an absolute tour de force. Her original vision was to create a platform and “safe and private place online for women” to connect and interact with one another — whether it be about relationships, finances, education, work or any other topics.
The key conclusion after its initial launch was that nearly all of the content and interactions focused exclusively on dating and guys. So as a consequence and like any genius founder, Alexandra seized on that user feedback and whittled the proposition down to offer the best user experience to address that demand — and that’s led to the massively popular app we have today.
Now used by ​one​ out of every ​four​ college women in the US, Lulu is on its way to becoming a platform for providing content, transactions and services around a broad-range of topics, products and subject areas — coming full circle back to delivering on Alexandra’s vision which I’ll be excited to see.

Q: You’ve said that you’d rather not invest in “jerks.” How do you determine jerkiness?

It’s true and therefore dangerous that “jerk” is largely subjective. However, my partners and I are all at points in our lives where we’ve the luxury to decide that life’s just too short to work with people who we find objectionable, offensive or even plainly rude. We want to work with people with whom we enjoy spending time.

To discern this, we’ll employ techniques that anyone uses when they’re trying to interview/recruit candidates to hire. We’ll ask questions to probe and try to get a reaction about professional and situational matters. We’re also paying attention to how founders behave even when we’re not in the room or out of earshot. So if they’re rude or dismissive of other people (no matter who they are), that’s pretty much a non-starter.

There is indeed a theory that jerks or assholes make the most successful founders/CEOs. It might be idealistic and naive of me, but I’d like to think that as successful as those types of individuals have been, perhaps they could have been even more successful had they not been jerks.

I very simplistically believe that one can be more successful at hiring and attracting great team members, partners and customers if they’re not off-putting, offensive or objectionable. Those small successes in theory contribute to building a more valuable business.

Q: As an investor, which industries currently excite you the most?

At the moment, I’m really excited about three specific sectors: fintech [companies that build technology for financial firms], cyber/infosecurity and healthtech/medtech. Conveniently, I also genuinely believe that startups in London/UK have an advantage in these specific sectors.

London has always been one of the financial capitals of the world. Similarly, the UK has a long-standing heritage and deep expertise in cyber/infosecurity and intelligence with GCHQ and other intelligence agencies and strong universities, and finally for all its good and bad aspects, the UK also has the NHS [National Health Service] as a centralized “platform” to leverage or make more efficient.

Q: Are you making a special effort to fund women entrepreneurs?

I actively seek out strong entrepreneurs — regardless of gender or demographic. For obvious reasons, I take a great interest in women entrepreneurs in particular. Therefore I try to make myself available to anyone who is interested in connecting, getting feedback — or pitching. Over the years I’ve seen more women entrepreneurs emerging and I look forward to this trend continuing.

Donna Fenn has been writing about entrepreneurship for more than thirty years. She is the author of two books: Alpha Dogs: How Your Small Business Can Become a Leader of the Pack; and Upstarts: How GenY Entrepreneurs are Rocking the World of Business, and a contributing editor at Inc. Magazine.