Admire Elon Musk all you want, but please don’t manage like him 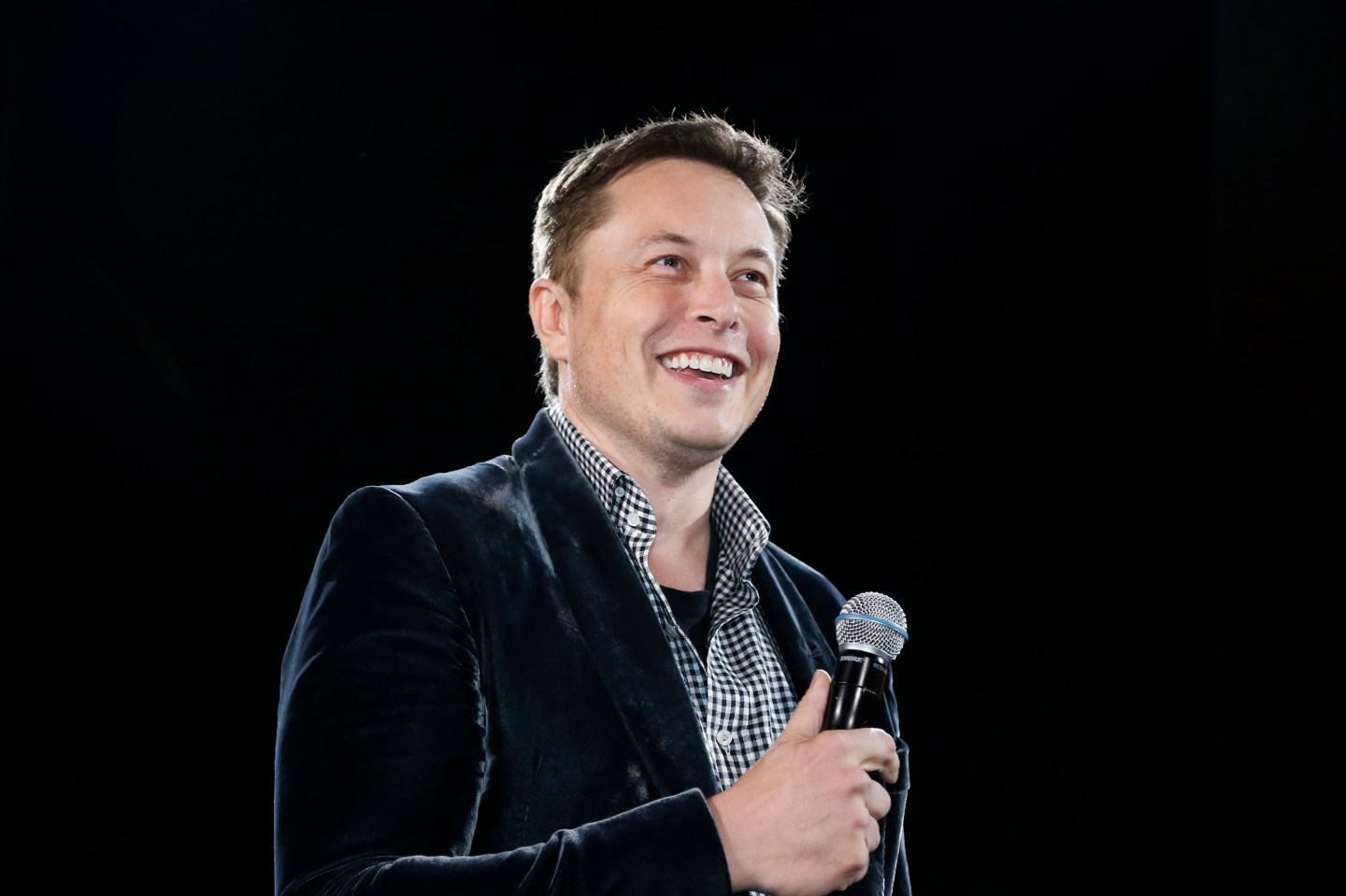 Tesla Motors Inc CEO Elon Musk unveils a new all-wheel-drive version of the Model S car in Hawthorne, California October 9, 2014. Tesla Motors Inc on Thursday took its first step toward automated driving, unveiling features that will allow its electric sedan to park itself and sense dangerous situations. The company also said it will roll out an all-wheel drive option of the Model S sedan that can go from zero to 60 miles per hour in 3.2 seconds yet doesn't compromise the vehicle's efficiency. Musk said "D" stands for "dual motor," meaning Tesla's all-wheel drive vehicle will have a motor at either end of the chassis to increase control. REUTERS/Lucy Nicholson (UNITED STATES - Tags: TRANSPORT SCIENCE TECHNOLOGY BUSINESS HEADSHOT) - RTR49M2Y
Photograph by Lucy Nicholson — Reuters

Elon Musk roared into the Detroit Auto Show last week and made plain that it’s not only his Tesla (TSLA) electric cars that are expected to meet the very highest performance standards, gunning from zero to 60 miles per hour in a McLaren-like 3.2 seconds. He rides his employees awfully hard, as well.

“If you are fighting a battle, it’s way better if you are at the front lines,” Musk told the Wall Street Journal, describing himself not as a mere micromanager but as something far more intense—a “nano-manager.”

Indeed, Musk makes no apologies for what the Journal described as “a hands-on obsession with the tiniest operational and car-design details at Tesla.” It’s safe to say that his domineering style doesn’t differ at SpaceX, the rocket company he founded and runs.

Musk is the envy of many—and why not? He’s a billionaire. He was married (twice) to a beautiful actress. He has plans to visit Mars someday. He nonchalantly tosses around the word “Hyperloop.” Heck, he’s the model for Tony Stark, the swashbuckling genius played by Robert Downey Jr. in the “Iron Man” films.

But before legions of executives start trying to be nano-managers, here’s a note of caution: This is a terrible way to get the most out of your people.

Workers perform best when they’re in what Paul Zak, my colleague at Claremont Graduate University, describes as a “high-trust environment.” By looking at some 5,000 employees at about 50 companies, Zak and his team at the Center for Neuroeconomics Studies have found that those in high-trust situations are 19% more productive than those in low-trust workplaces. One crucial aspect of being in a high-trust setting, Zak explains, is having “the freedom to take on projects the way you choose to.”

When people’s autonomy in the workplace is sharply curtailed, they feel as if they’ve lost control—and, in turn, their brains react as if they’re being threatened. That raises their level of stress, which often causes them to perform poorly. “Feeling in control, even if it’s an illusion, is key to … cognitive ability staying intact,” Amy Arnsten, a professor of neurobiology and psychology at Yale, has pointed out.

Great managers have always known the trouble with dictating to employees. Successfully motivating employees “involves teaching rather than telling,” William B. Given Jr., the president of American Brake Shoe Co., wrote in his 1949 classic Bottom-Up Management.

This dynamic is especially important in today’s fast-moving world, when organizations need everyone, from top to bottom, to continually come up with fresh ideas. “The tighter the controls you enforce, the lower the innovation,” says F. Asis Martinez-Jerez, a business professor at Notre Dame. In a 2011 study, he and two colleagues studied casino workers under different degrees of management oversight. Their conclusion: “Employees in ‘tightly monitored’ business units face strong implicit incentives to experiment less by deviating less often from explicit decision guidelines.” As a consequence, they “have fewer opportunities to learn” new ways to serve their customers.

There are, of course, instances where a by-the-book culture is appropriate. Tasks in which safety is a paramount concern may demand a tighter leash, for example. Managing during a crisis may also require a heavier hand.

More generally, all employees need direction. The antidote to micromanagement is not to abdicate all management and disappear. Rather, the ideal is to offer employees what former Gucci Group CEO Robert Polet liked to call “freedom within the framework.”

The best leaders set “extremely high standards when it comes to things like the customer experience and the design of the product,” says Chris Yeh, general partner at Wasabi Ventures and co-author with LinkedIn Chairman Reid Hoffman and Ben Casnocha of The Alliance: Managing Talent in the Networked Age. “They provide detailed coaching and actionable feedback.”

Jim Harter, Gallup’s chief scientist for Workplace Management and Well-Being, agrees. His research shows that employees are most engaged when it’s been made clear to them what outcomes they’re responsible for—and are then put in an optimal position to use their strengths to achieve those results.

The trick is to not push it too far—to not “over-manage,” as Harter puts it. The Journal reported that at Tesla, “some high-level managers quit or were fired after clashing with the chief executive over Mr. Musk’s insistence on doing things his way.” This jibes with Zak’s studies: High-trust companies, he says, boast 70% greater job satisfaction and 69% higher job retention than low-trust ones.

In the end, a manager’s role is to find that sweet spot between Iron Man and Invisible Woman.

Rick Wartzman is the executive director of the Drucker Institute at Claremont Graduate University. Author or editor of five books, he is currently writing a narrative history of how the social contract between employer and employee in America has changed since the end of World War II.