Stocks end turbulent week with a bump from oil 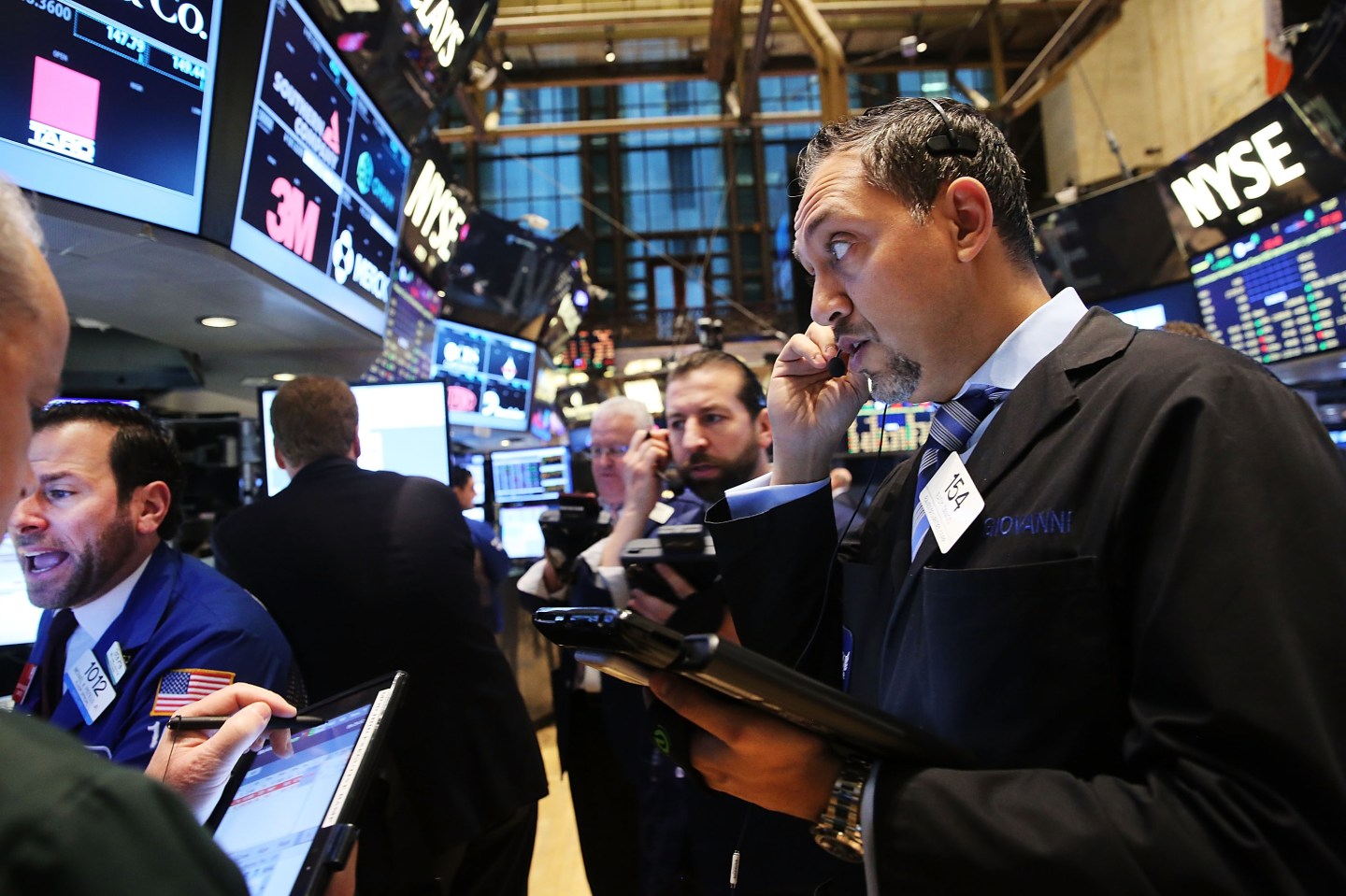 U.S. stocks rebounded Friday after a string of daily losses that left the market down for the week and sparked investor concerns that the recent sell-off was the start of major market correction.

A rally in oil prices closed the turbulent week and helped to reverse a five-day losing streak. Crude oil prices remain at near their lowest point since 2009 at below $50 per barrel, but prices ticked upward Friday with the benchmark Brent crude gaining 3.6% to $49.99. Exxon Mobil (XOM) and Chevron (CVX), which have both lost billions of dollars in market value since oil prices began to plummet last summer, both saw their share prices gain 2.4% during the day.

The Dow Jones Industrial Average gained 190 points, or 1.1%, to close at 17,511 on Friday. But, the blue-chip index still fell 1.3% in a week that included a Tuesday session in which the Dow Jones swung more than 420 points during intraday trading. The Dow has dropped more than 540 points since late-December, when it crossed the 18,000-point mark for the first time ever.

Most recently, poor quarterly reports from large banks have weighed down the markets and spurred a sell-off of financial stocks. JPMorgan Chase (JPM) started a sell-off Wednesday by announcing a 6.6% drop in quarterly profits that included more than $1 billion in legal costs. Bank of America (BAC), Citigroup (C) and Goldman Sachs (GS) all followed later in the week with their own disappointing earnings.

Concern about global markets, specifically the European economy, also stoked investor fears this week. The Swiss National Bank’s decision Thursday to remove the ceiling on the franc caught many investors off guard and sent the value of the already beleaguered euro plummeting further. The market already had concerns over the Eurozone, where the European Central Bank is soon expected to unveil a new bond-buying program to stimulate the region’s economy.

Such global uncertainty wreaks havoc on the U.S. markets, leading to fluctuations in the Chicago Board Options Exchange Volatility Index (VIX), known as the “fear index,” which was up more than 6% on Friday.