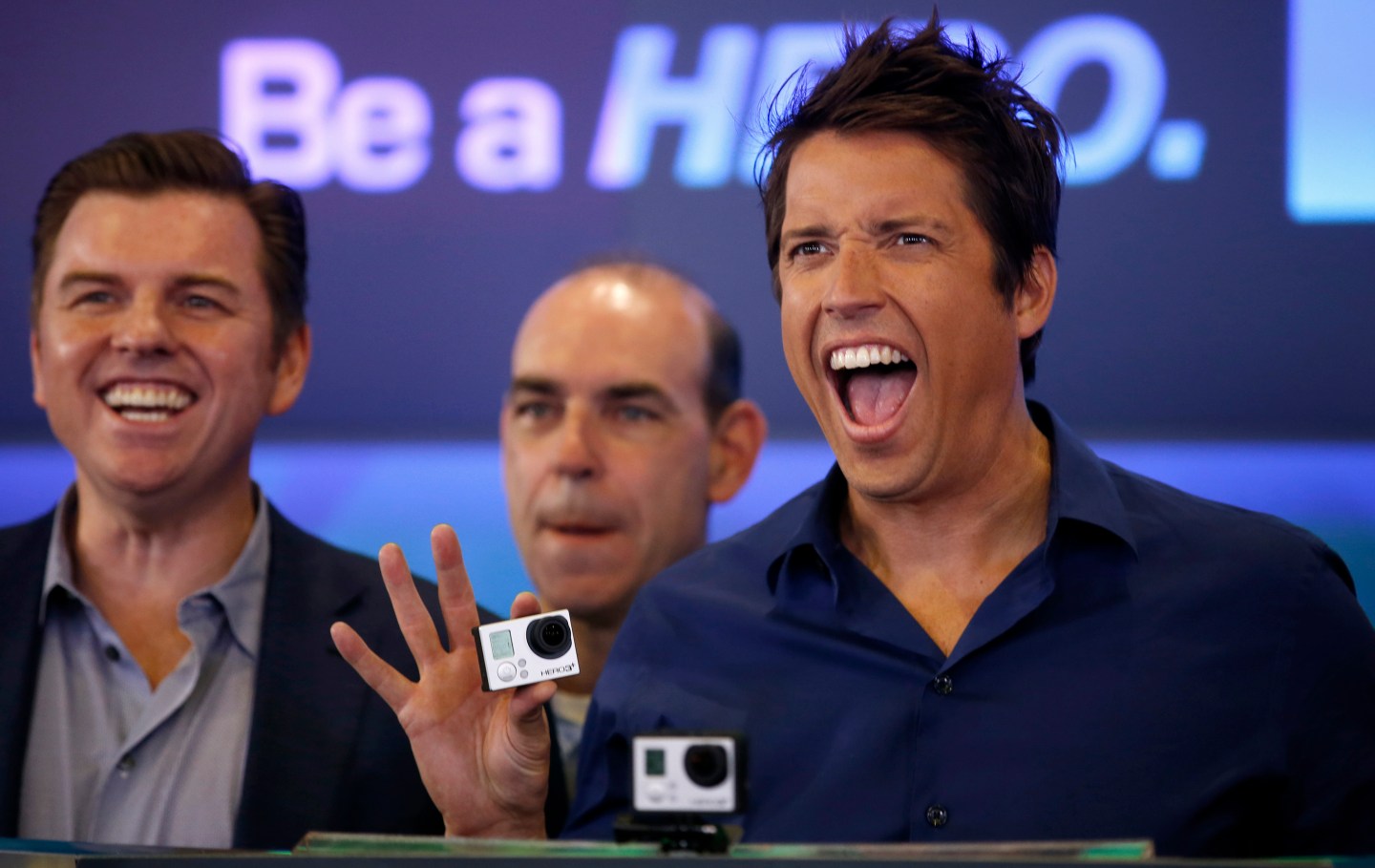 Shares of GoPro, the sports camera maker, nosedived Tuesday after Apple was awarded a patent for a potentially competing device.

Investors sent GoPro’s shares down 13% in mid-day trading to $49.45, their lowest level in four months.

The pessimism came after the U.S. Patent and Trademark Office published a list 34 newly granted patents for Apple, including one for a wearable video camera that can be secured to sports equipment like motorcycle helmets, scuba masks and bike handles. The proposed design closely matches that of GoPro’s cameras, which are popular with sports aficionados for filming their mountain climbing, deep-sea diving and skateboard tricks.

Apple, with its huge base of customers and successful track record in consumer electronics, would make for a huge new rival to GoPro. In the past few years, GoPro has emerged as a powerhouse in video cameras and a huge business that is on track for more than a $1 billion in revenue for 2014.

However, for Apple (AAPL), getting a patent for a video camera is a far cry from actually producing one and putting it on sale. Companies often patent ideas they never pursue commercially.

Apple’s digital camera would record images and audio, including underwater, according to the company’s patent application. That application was filed in 2012 and incorporates a patent Apple acquired in 2013 from Eastman Kodak.

GoPro’s shares (GPRO) are down nearly 50% from their peak earlier this year. In June, the company held a blockbuster initial public offering, and within a few months, its stock had soared from its initial pricing of $24 to a high of nearly $94.