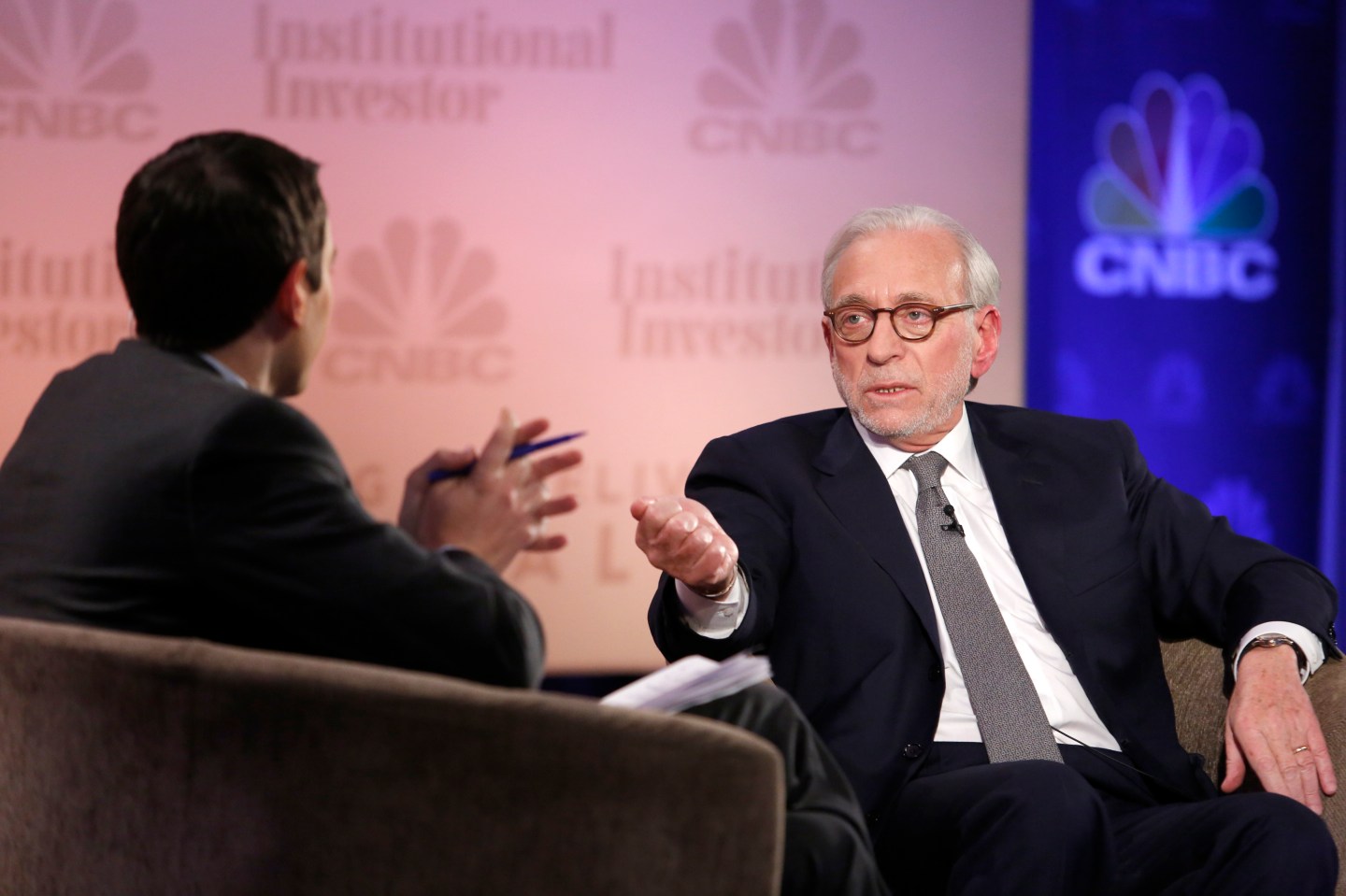 Activist investors can’t go after crappy companies. Bad businesses are really hard to turn around, especially if you are an outside shareholder. If a company is truly in trouble, a spin-off or boosting dividends is really not going to do much. And the list of buyers who are willing to pay more for the shares of truly troubled companies is short.

That’s what is going on in the battle over DuPont (DD). On Thursday night, Nelson Peltz, an activist investor who runs the hedge fund Trian Partners, announced a proxy fight against the chemical company, saying he wants four of his own recruits, including himself, on DuPont’s board. Why? Peltz says DuPont’s board has not held the company’s management accountable for “continuing underperformance and repeated failures.”

Learn more about the battle over DuPont from Fortune’s video team:

In September, Peltz sent DuPont’s board a letter in which he called the company’s management “insular,” value destroying, and wasteful. The company has a country club and a 217-room hotel, which is premium activist investor fodder for complaints. Also, DuPont sold off a division a few years ago for $4 a share that should have gone for $11. On top of of that, Peltz has a plan, which is to split the company in three parts to nearly double the value of DuPont in three years. DuPont’s executives have said they’re not interested in a break-up.

But Peltz says the proxy fight is not about his plan. It’s about the management team’s performance.

But here’s the thing: proving that DuPont’s management team has been terrible for shareholders is pretty hard to do. In fact, the opposite looks true, and that’s a major part of DuPont’s defense. DuPont’s stock has done better than the market since CEO Ellen Kullman took over in early 2009. In fact, it’s hard to find a period in recent history when DuPont’s stock has trailed the market, which must mean investors think Kullman is doing a good job.

Peltz says that’s not so. Kullman took over when the stock was very low. But hey, that’s true of many new CEOs. That’s why the job was open. And the market was pretty low, too. So it’s not like Kullman had an easy bogey. Instead, Peltz goes back to 1998, and says the stock is lower today than it was back then. But so are the shares of Pfizer and Merck and other, similarly large companies. So that doesn’t seem like a fair comparison.

Maybe it’s not about management. Maybe it’s about Peltz’s split-up plan. Here it is in an nutshell:

Peltz says his plan will make DuPont’s shares, currently trading at $73.50, worth $135, though the math above only gets you to $122. Peltz says the above analysis does not include “further strategic actions that could increase value.”

So maybe it’s worth more than $135? Anyway, it’s a lot more than what the stock is at now and what analysts think it’s worth. Here’s an earnings model from Lawrence Alexander, an analyst at Jefferies, who currently rates the stock a “hold”:

Notice the top line. In Peltz’s imagined future for DuPont, which presumably includes kicking out its management and taking DuPont from its lumbering conglomerate self to three more nimble companies, sales fall by $1 billion. Perhaps DuPont’s conglomerate structure is good for something.

There are other oddities in Peltz’s break-up plan. Check out the profit margin labeled “% – margin.” They are basically the same for all the divisions, which seems weird given that Peltz thinks the businesses need to be split up because they are so different.

DuPont’s current profit margin is 19%, and Peltz thinks it can get up to 23%. On $45 billion in revenue, a 4 percentage point profit margin jump is a boost of $1.8 billion. But DuPont has already proposed a $1 billion cost savings plan. Add that to the billion dollars in sales that the company will lose from breaking up, and you have $2 billion.

Should DuPont stay as a conglomerate? Maybe not. DuPont itself knows that, and it has a plan to spin off one of its divisions.

In reality, much of the jump in the stock price that Peltz imagines for DuPont after the break up comes not from any real improvement in its business but from investors being willing to pay more for the new, smaller pieces of DuPont. But how does he know that will happen?

DuPont’s shares currently trade at just under 9 times its operating earnings. Rival Monsanto (MON) does trade at a higher multiple, 13 times profits. But Monsanto has a profit margin of 30%, much higher than Peltz thinks DuPont can get. Twenty-three percent is roughly a third of 30%. Apply the same discount to Monsanto’s multiple and you get roughly 9, where DuPont trades. Figuring out how to boost the shares of not so great companies isn’t all that easy, either.