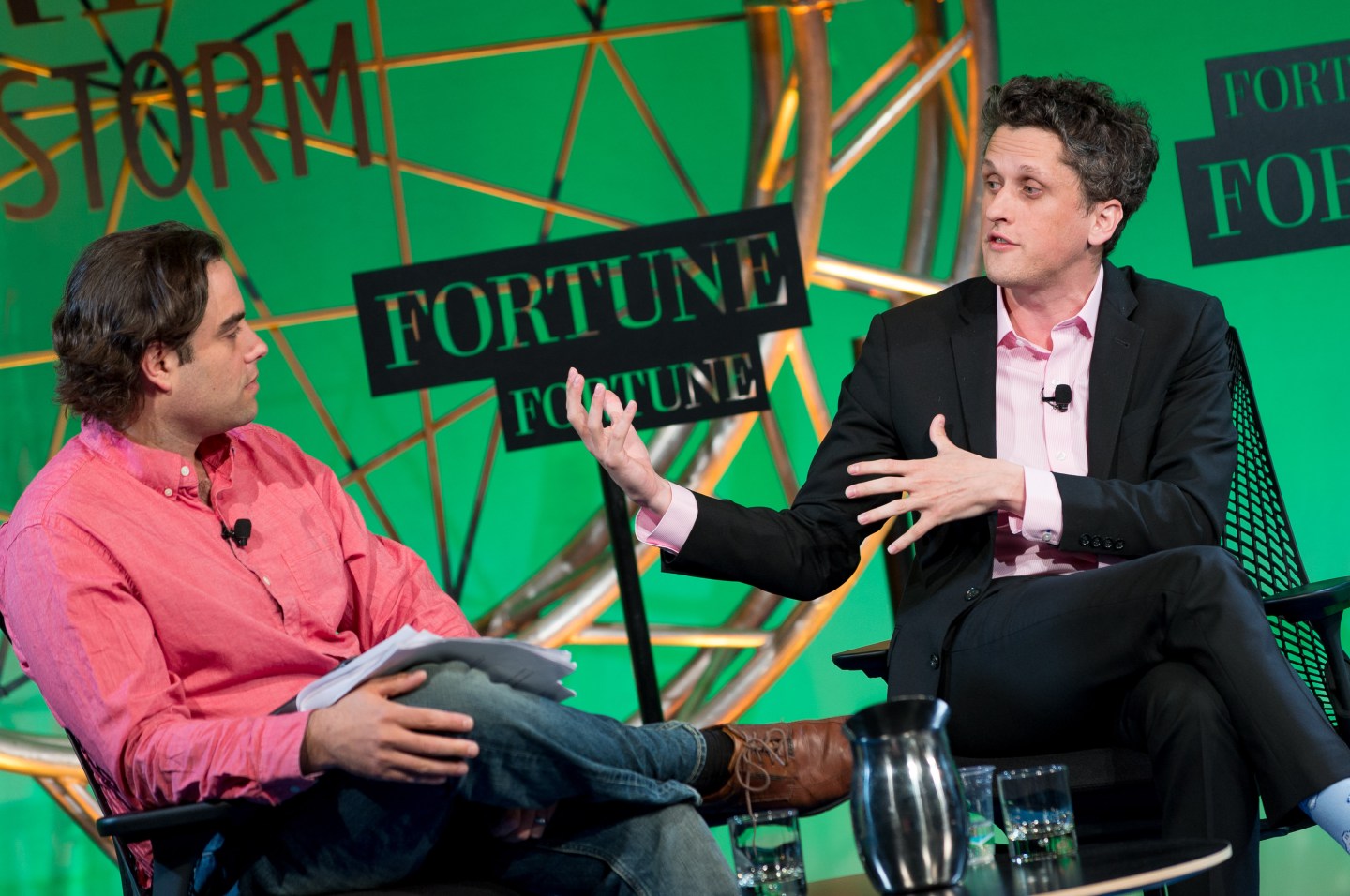 Looks like the time is right. Or at least more right than it has been. After months of delay, the enterprise collaboration and file-sharing startup is talking up details of its initial public offering between now and Jan. 22 (when it expects to more officially price the offer). According to its prospectus, Box will offer 12,500,000 shares of Class A common stock at an anticipated price of $11 to $13 per share. Translation: it hopes to raise at least $137.5 million. The lead underwriters are Morgan Stanley, Credit Suisse, and J.P. Morgan.

Learn more about the most successful IPO’s of 2014 from Fortune’s video team:

As a private entity, Box is valued around $2 billion. It delayed its first attempt to go public last June, when share prices for other cloud software companies trended south. At the time, Box’s 29-year-old co-founder and CEO Aaron Levie told Fortune: “We’re kind of waiting for complete stabilization now, and I think you’ll see us going public from there.”

In mid-December, Box finally refreshed its S-1 registration papers, so people were pretty much expecting this development. “We believe our platform can become the cloud-based content layer that spans organizations, applications and devices to enable users to get work done more efficiently—when, where and how they want,” the company says in its mission statement.

As of Oct. 31, the company had more than 32 million registered users—including paying business customers with more than 48% of the Fortune 500. Its revenue for the nine-month preceding period were $153.8 million, up 80% from the previous year. The thing that people tend to zero in on, however, is its enormous sales and marketing budget. It was an eye-popping $152.3 million for the same period.

In his letter to potential investors, Levie notes:

We design our software with the passion and attention to detail that you’d expect from leading consumer companies like Apple. Similar to Facebook, we release updates to our product continuously, which allows us to act on user feedback to improve the Box experience and respond to opportunities with agility. We support our customers with the greatest care and attention, delivering Zappos-like support. And we’ve created an open ecosystem much like salesforce.com, leveraging the talents and skills of tens of thousands of developers outside of our corporation to build value on Box.

One thing that will be crucial, obviously, is where Box sets its price.

When data management innovator Hortonworks and analytics upstart New Relic picked the same Friday in mid-December to chance public market debuts, both greeted the weekend boasting billion-dollar capitalizations. That was on par with their pre-IPO private equity valuations, which normally isn’t something to brag about. But on a day when the rest of the NASDAQ index gave up 1% of its value, both newcomers overshot their pricing targets by more than 40%. That’s because they were smart enough to lowball their offer ranges in the first place.

Time will tell if Box likewise gets its timing and pricing right.

This item first appeared in the Jan. 9 edition of Data Sheet, Fortune’s daily newsletter on the business of technology.Sign up here.