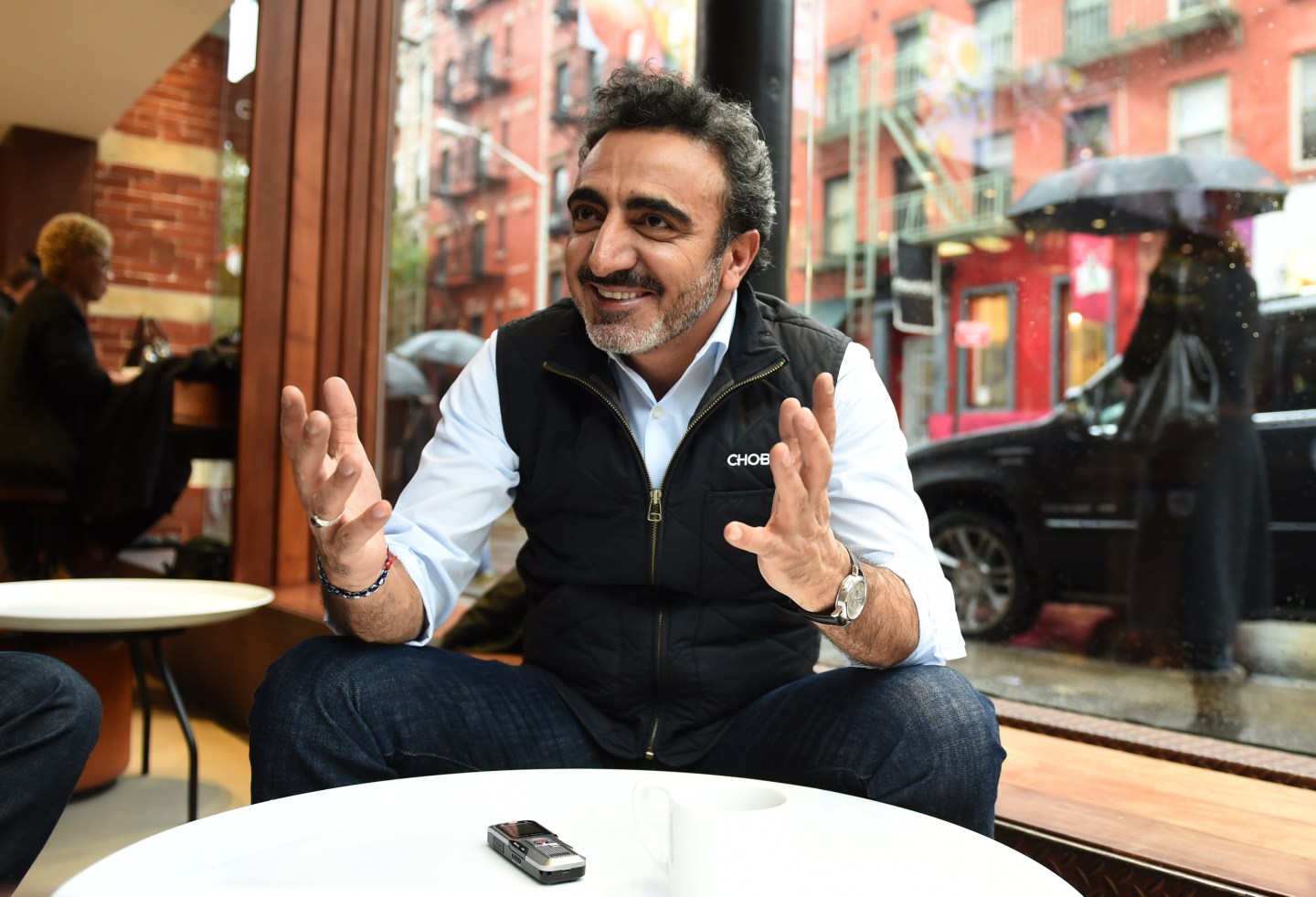 Chobani, founded by Hamdi Ulukaya, has become the bestselling yogurt in the U.S., netting more than $1 billion in annual sales.
Photograph by Don Emmert — AFP/Getty Images

Chobani founder Hamdi Ulukaya says he has no immediate plans to give up his post as CEO and chairman.

“No one can do anything unless I say so,” said Ulukaya, reached on his cell phone this morning and responding to a report that TPG, Chobani’s outside investor, is pushing to replace him.

Ulukaya, a Turkish immigrant who started the Greek yogurt company in 2005 and built it into a billion-dollar business, said he’s been looking for a CEO for a year. “I’m not an operator,” he admitted. But, he said, “I have to make that decision” about succession. “I’m not even close” to finding the right person for the job, he added.

The seven-member Chobani board, which includes two representatives of TPG, has a search underway and has several candidates for the CEO position, according to sources close to the company. As the New York Post reported today, one contender is Kevin Burns, a turnaround expert with broad experience in manufacturing—which is the crux of Chobani’s growth problems. Burns is the partner in charge of TPG’s manufacturing /industry sector and, before joining TPG in 2003, he was EVP and Chief Materials Officer of Solectron.

Burns became Chobani’s interim president and COO late last summer and has been spending the majority of his time at the company, while retaining his role as an operating partner at TPG.

Until last year, Ulukaya owned 100% of Chobani—and was in the unusual position of creating a billion-dollar business with no outside investors. In April, Chobani’s boss cut a deal with TPG for up to $750 million in financing. As of last June, TPG had $353 million of equity in the yogurt maker.

That funding has helped Chobani expand its product line as the Greek yogurt boom, which Ulukaya created in the U.S., has slowed. New items coming from Chobani’s factories this month: yogurt for babies, snack-time “flip” flavors such as salted caramel crunch and chocolate hazelnut, and “indulgent” double dark chocolate crunch and dulce de leche yogurts that compete against ice cream.

Once the Chobani board finds a new CEO, Ulukaya is expected to remain chairman of the company—and engaged in the business he created. “He embodies the brand,” says Peter McGuinness, Chobani’s chief marketing officer. “He’ll continue to be involved in innovation and have final signoff on all the products.”