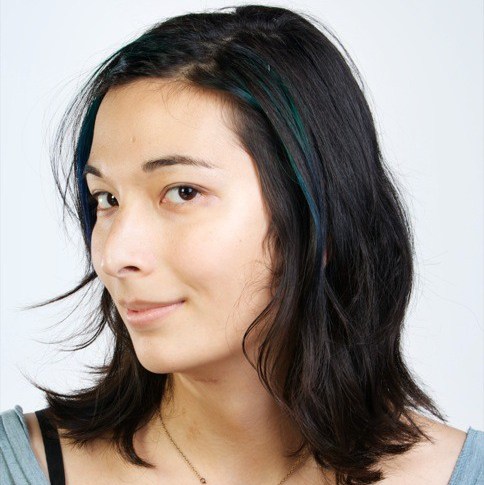 Scientist Danielle Fong, 27, has been running her company LightSail Energy for six years and has yet to bring a product to market. In fairness, she is trying to create something that has never been built before—something that could revamp the power grid.

LightSail’s aim is to compress air to create heat and then use that to power, well, just about anything that needs it. This energy would be cheaper and cleaner than fossil fuels and would allow renewables sources, like wind and solar, to be stored for later use. To harness the energy, LightSail injects a mist of water spray into the air, which absorbs the heat energy, and allows it to be stored in a shipping container system or underground caverns. The stored energy could then be pumped back into the grid when demand is high at a lower cost to users.

In her corner, Fong has Bill Gates, Khosla Ventures, and Peter Thiel, all of whom have invested in LightSail as the Berkeley, Calif. company has grown to 55 employees. Two other companies, SustainX (which is largely backed by GE Energy Financial Services) and General Compression, are also developing energy compression storage technology to try and tap into a potentially trillion-dollar market.

Fortune spoke with Fong about her invention.

Fortune: At age 19, you could have been doing any number of things, from attending college to joining a tech company. What made you decide to rethink how energy is delivered on the power grid?

I always worried about it. In early 2005, when I was deciding whether to go to graduate school, I thought about the biggest challenges we face in the coming decades and energy is right up there. I went Princeton to study energy, but I wasn’t quite sure the method we were choosing was correct. I would ask: Since renewable energy costs have come down dramatically, why can’t we just use that? In the nuclear fusion program people said that we don’t have the economical capability to store the energy and, because of this, we have to do nuclear fusion. I thought energy storage is much simpler than harnessing nuclear fusion.

Why didn’t you finish your Ph.D program?

I noticed that my most brilliant professors worked extremely hard all the time to raise money and they would raise very small amounts—maybe less than $1 million a year for the highest-ranking professors. At the time, Facebook had just raised money at a $15 billion valuation, which was more than [the funding for] the entire nuclear fusion program. I thought it seemed easier to do a startup of Facebook’s scale, sell it, and then invest that money in energy research rather than hoping that the government will fund the right people. I left school and moved to Silicon Valley.

How did LightSail come to be?

The idea for LightSail came from a question I was asked: How far can an automobile get if you have a garage roof covered in solar panels? Is there even enough energy to power the every day American commute? I wanted to know the answer, and I found out pretty quickly that, with the standard automobile, you wouldn’t get far enough. You could go farther with really fancy batteries, but they degrade quickly and aren’t economical. Then I thought about using compressed air because it could be really cheap. I thought I could write a paper and open source the idea, but then I realized no one was going to read it and then implement it. I had to start a company.

How did you team up with LightSail’s co-founder and CEO, physicist Steve Crane?

I was working for a software company that Steve was helping out with, and he and I had become friends and had talked about doing a compressed air-powered vehicle. I had only worked at the software company for a week when he asked me what I really wanted to do, and I told him I wanted to start LightSail. He said he’d help me, and he initially funded it and joined full time.

In 2010, LightSail took its concept to the U.S. Department of Energy seeking a grant. What did they say?

They were all over the place. One group said it was impossible and another group there said it would meet all of the program objectives, but that since people had already done compressed air energy storage, that removing the requirement for fuel wasn’t a breakthrough. The next time we went back to them, they told us this concept had already been done. Then the time after that, they asked us to speak at their conference as an example of a huge success in energy. We still haven’t found a good way to work with the DOE. They are very happy with our progress, even though they’ve never given us any money.

In 2009, LightSail received $15 million in funding from Khosla Ventures. How did you get that investment?

Steve knew an entrepreneur in the Valley, who passed us to one of Vinod’s partners, who liked the idea. We were presenting a vehicle at the time, and he asked what if we took the power train and applied it to the electric grid’s problem? We hadn’t done the deep analysis at that point, so we came back two weeks later with a business plan and Vinod was there that time. He was very excited, although it took a lot of due diligence to close the investment.

LightSail has since raised at least another $25 million, according to CrunchBase, including from Bill Gates and Peter Thiel. What happens when you have a different opinion than them about the business?

While we are creating this energy storage system, we’ve also made the world’s lowest cost pressure vessel, and we can sell that into another market and scale it up a little faster to reach profitability faster. Peter Thiel thought most companies succeed much better if they just focus [on one concept], a model that has worked very well in software. But I brought up the point that in energy one of the biggest successes ever was Standard Oil, which figured out how to refine oil in addition to actually getting it, transporting it and storing it. When they refined oil, instead of selling the one part that everybody liked, they figured out products that they could make out of the waste like candles. Peter Thiel took this to heart and, in his next class, mentioned that people should consider vertical integration rather than being focused on a single thing. In some ways it was a nerve-wracking discussion [with Peter], but it improves the quality of thinking at the company.

It’s been six years since you started the company. When will LigthSail bring a product to market?

Who are your customers for the energy storage units?

A good example is a large hotel chain. They have many hotels on islands. There is good sun and wind, but high electricity costs from diesel. Without storage, they cannot move off of diesel. But with storage, if it is cheap enough, we can sell them energy whenever they need it, at a lower cost than fossil fuel based energy. You can imagine it powering every hotel, resort, and even entire cities, energy islands, powered this way.

What challenges are there in incorporating LightSail’s technology into the existing power infrastructure?

How receptive have utility companies been?

Utilities see any new technology as risky and they are very risk-averse. You need to prove your technology before they will take it on.

You’re 27 and your first and only career job has been running your own company. What have you learned about managing people?

The biggest thing is that managing people isn’t about ordering them to do a bunch of stuff. It’s about lighting a fire. And it’s not just about doing that with your own employees. Every time you sell your product or are trying to get an investment or are talking to someone outside your company, you’re trying to light their fire. It’s to the point where I’ve had employees tell me I am messing up their company—that’s what you want. They felt so much ownership that, at times where I was not able to give my all, they would be concerned for the mission. You don’t want people to just do what they’re told.

Where did you find inspiration to tackle a venture of this magnitude?

We know what Edison and Tesla did, but tell us about a lesser-known person, like what you learned from Paul MacCready inventing the human-powered aircraft?

A lot of groups were much better funded and had a lot of money and did things the standard way—you figure stuff out, you design it, you calculate it and you get everything ready for one big test. And then you crash, basically. This is also what happened with the competitors of the Wright brothers—they were all very top-down. They had an idea, kept going and executed, and hopefully it would work. But it rarely did. What Paul MacCready and the Wright brothers did was figure out how to make an aircraft that you could actually fly and that you could rebuild really quickly, so that you can learn faster.

There is a big lesson for this. You have to think about how you are learning as a system. You just can’t assume that by doing something it will work or that effort is correlated with learning. You have to figure out how you are getting information and incorporating that back into what you are doing and what things you are missing and how you could make a better design, and then show that. Paul MacCready figured out how to make an airframe that you could make in a day, and that allowed him to go through dozens of iterations and finally they figured out something you can fly. Then they improved it to the point where it was possible for a pretty fit cyclist to fly across the English Channel.