Driverless tractors on the farm 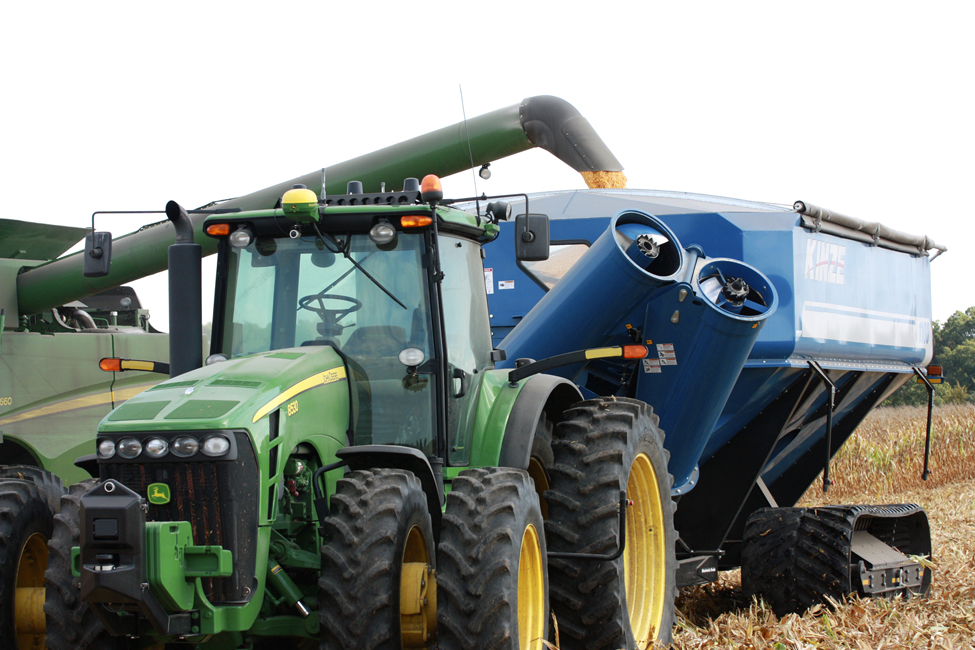 Farmers in tractors plowing, planting, and harvesting their fields in a cloud of dust is a classic image of rural America. It may not be for long. Companies such as Kinze Manufacturing, a large farm-equipment maker in Iowa, are developing variations of driverless tractors that would turn a century-old chore over to robots and free farmers to do other work without having to hire someone to take their place. Autonomous harvesters and planters would work much like the self-driving cars that Google, Mercedes-Benz, and Nissan are developing. Instead of navigating streets and highways, they would drive back and forth across corn, wheat, and soybean fields. Precision is important because farmers need rows to be plowed and planted within a few inches of accuracy. Autonomous tractors also need to be able to make a U-turn and line up properly in the opposite direction so as not to leave any land unworked. There’s also the matter of safety. Tractors often need to travel short distances on public roads to get from one field to the next; a hiccup could be catastrophic. As a start, Kinze partnered with Jaybridge Robotics to build a system that lets human-driven tractors offload grain into autonomous carts that follow them across the field.