Athletic apparel: Outperforming the competition in 2014 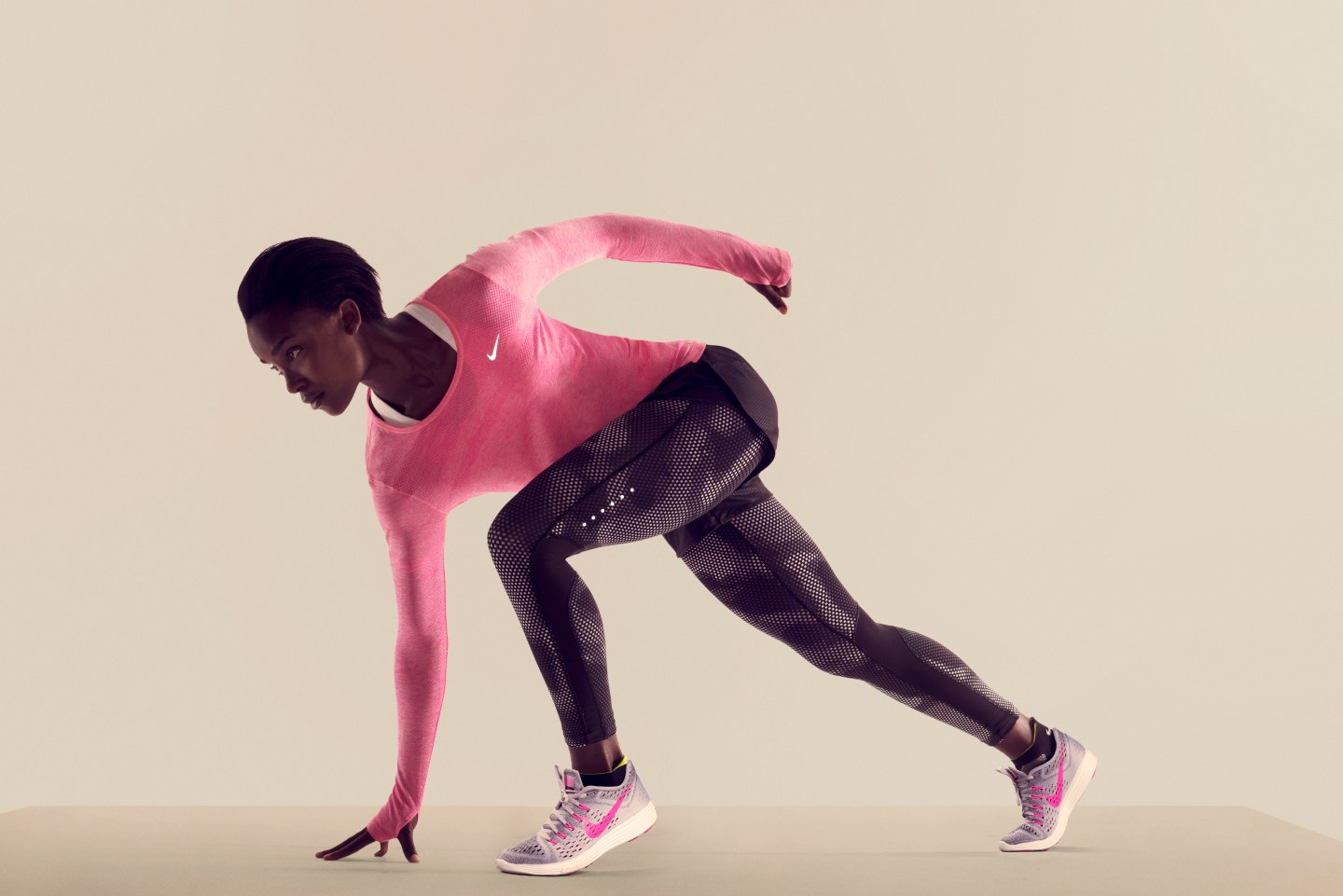 Growing demand for activewear, the sporty fashion for both the gym and the streets, has lifted sales for makers of the clothing and the retailers that sell it.

Athletic gear, you might say, is running laps around the competition – doing even better than the overall retail industry, which is humming along as shoppers feel more comfortable about opening their wallets because of the improving economy.

“Activewear is booming, with sales growth exceeding that of the apparel market as a whole,” said NPD analyst Marshal Cohen. “Consumers are drawn to its comfort and versatility, and the fact that it still makes a fashion statement.”

The proof is in the industry’s sales results. Nike’s (NKE) North America sales leapt 14% for the six-month period ending November 30 from the prior year’s level with the help stronger footwear and apparel sales. Smaller rival Under Armour’s (UA) sales in the region leapt 29% for the first nine months of 2014. Sales are also climbing at major companies including Lululemon Athletica (LULU) and Foot Locker (FL).

What’s driving this trend? Well, for one thing, activewear is suddenly chic. Nike earlier this year showcased its new gear on top supermodels like Karlie Kloss, while Gisele Bundchen has appeared in Under Armour ads. Their willingness to sign on as ambassadors highlights just how fashionable athletic gear has become.

Americans are taking notes. They are wearing yoga pants, running gear and basketball shoes not just to-and-from the gym, but also around town. Athletic gear is comfortable after all, and analysts say the attention manufacturers are making to fabrics and new colors and styles have helped to broaden the category’s appeal.

And there’s a lot of opportunity for these athletic apparel makers to grow even more. Lululemon, for example, wants to expand beyond its female yoga-loving roots to reach more men. In the next few years, the company hopes its men’s business will grow to $1 billion in annual sales.

Meanwhile, Nike and Under Armour, whose customers are mostly men, want to do a better job of tackling the women’s market. Nike is hoping sales of sports bras, tights and other women’s gear can add $2 billion to annual sales by 2017. Under Armour has said its $500-million women’s business can one day be as big if not bigger than its men’s business. Today, sales of the company’s men’s line is more than double in size.

The industry’s opportunities aren’t just limited to achieving more balanced sales between the genders. There is international expansion. And for Under Armour, the running shoes industry is particularly alluring.

While athletic clothing sales are mostly taking off, the stock market is still picking winners and losers in the field. Shares of Nike, Under Armour and Foot Locker have each notched gains of 20% or more so far this year, far exceeding the broader market’s performance. Stock-market losers include Luluemon, Finish Line (FINL), and Adidas .

All of the poorer performing companies are facing their own challenges. Lululemon ran afoul with yoga pants that were a little too see-through. Finish Line’s margins have been pressured by big discounts for its slow-selling basketball gear. And at Adidas, slumping sales of golf and a weak performance by its Reebok unit have hurt results in the United States.

Broadly speaking, running, basketball and yoga gear are selling exceptionally well. But other pockets like golf and hunting are slumping.

Despite those exceptions, the athletic-gear industry is still looking pretty solid overall. Business continue to improve, even for the weaker players. Finish Line’s sales rose 8.6% in the latest quarter, for example, while Lululemon’s gained 10% and Adidas global revenue grew 9%. Mass retailers are paying close attention and will likely stock their shelves with more athletic gear in 2015.

“Retailers and manufacturers across the board know that activewear is active, and they all want a piece of the action,” Cohen said.