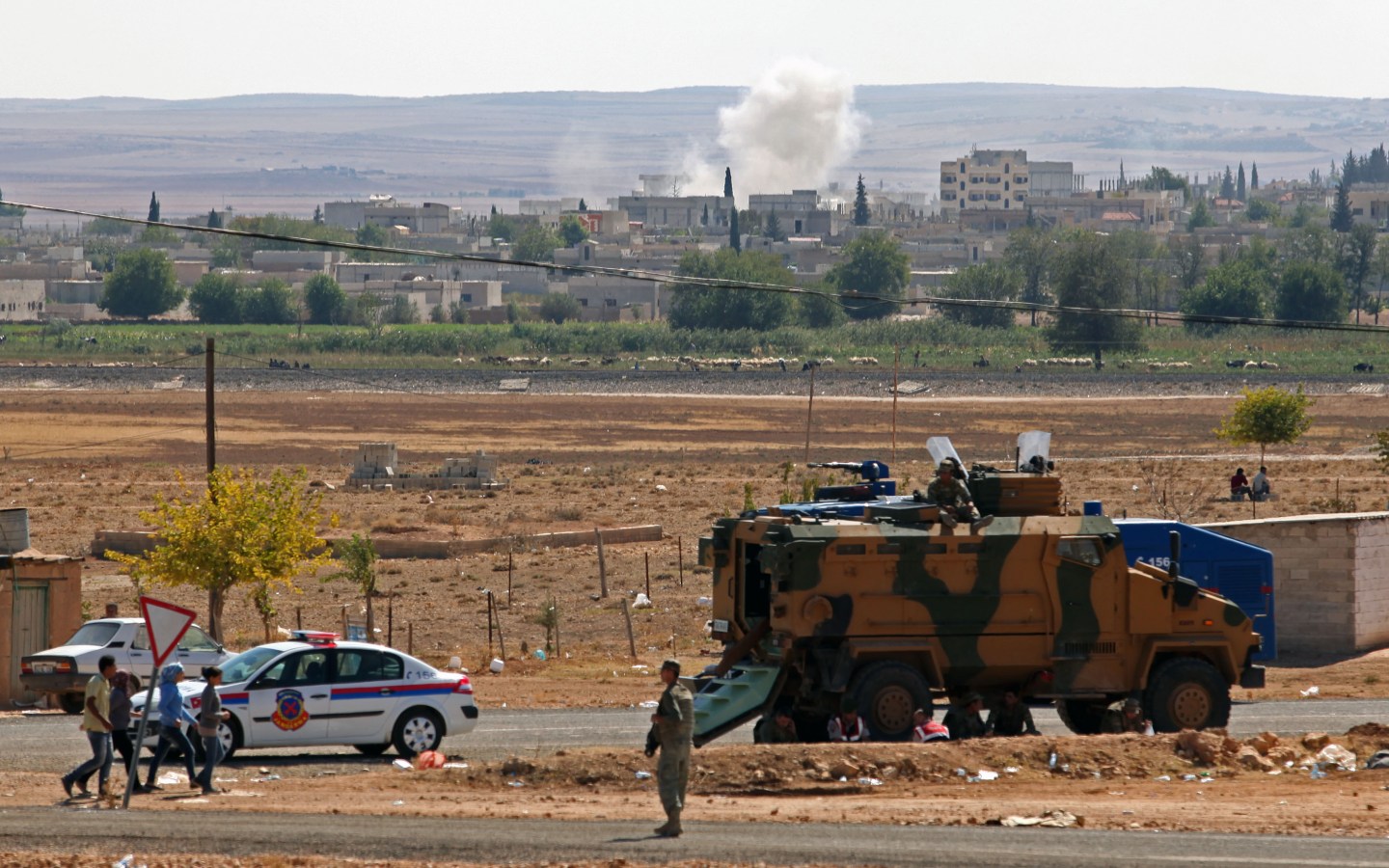 Syria’s three-year-old civil war has turned the country into a killing field. With nearly 200,000 dead, it is one of the largest refugee exoduses in history; three million souls, mostly women and children, have fled. Entire towns and neighborhoods are obliterated, leaving an estimated six million more displaced inside the country, homeless and facing the brutality of President Bashar al-Assad’s regime, as well as that of his extremist rivals, like ISIS.

Yet picture these images: A Syrian woman stubbornly holds a protest sign outside an ISIS military council. Elsewhere, women deliver a petition with 200 signatures to rebel and Assad commanders demanding a cease fire; as a result, their town gets a brief, but much needed, respite from violence. And, in another community, Alawite and Sunni children, whose families hate each other, stage a play about tolerance and peace, bringing together parents to share their pride on opening night.

These are small but remarkable images of how some Syrian women are stubbornly resisting the violent status quo. “What has really impressed me is that even though the situation is extremely dangerous for almost every single person who does civil society work in Syria, people continue to do it,” says Josie Shagwert, director of development for the Center for Civil Society and Democracy in Syria.

Shagwert, a Syrian-American, spoke to me from Turkey for my latest episode of “Smart Women Smart Power,” my iTunes podcast produced by the Center for Strategic and International Studies.

At her side was Eman Alsadek*, a pharmacist who fled Syria earlier this year after being arrested twice.

Like the women who are still in Syria mounting small demonstrations and demanding cease fires—often through the “peace circle” training of the Center for Civil Society and Democracy—Eman’s life in Syria combined protest and care-taking. She participated in demonstrations against the Assad regime, in which women walked in front as protective shields for the men, calculating that “the security forces are not going to attack the women because they are afraid of the reaction from society,” she recalled.

She also worked in field hospitals treating victims of Assad’s bombs and bullets. Deploying her expertise as a pharmacist, she used atropine injections to treat victims of the 2013 chemical weapons attack outside Damascus, which killed an estimated 1,400.

Eman was arrested the first time when six security men stormed her pharmacy and took her to a prison where she and other women were held in cells next to torture rooms. “We were always hearing screaming,” she says. Also emotionally hard was hearing children in the jail “screaming and calling for their mom to help them,” she recalls.

For herself, the 50-day detainment was psychological torture, which became more excruciating not long after her first release , when security forces arrested her mother to pressure Eman to turn herself in. She was briefly arrested a second time as she sought to flee the country, but was released and made her way to Turkey, one of the neighboring countries struggling under a crush of Syrian refugees.

Now Eman is helping the Center for Civil Society organize women still in Syria to build some semblance of a peaceful life under the haze of a grueling war where a complex network of combatants serves as a proxy the outside power struggles involving Russia, Iran, the Arab states and newly aggressive terrorists like ISIS.

Shagwert’s message: “What we really believe can make a big difference is that the Syrian people, through civil society, be consulted and be relied upon to help come up with solutions. It’s very difficult for armed parties – all the armed parties, whether they’re extremists or government or rebels – to find common ground. And civil society can be there to help find those areas of common ground…to help stop the violence.”

*I agreed not to reveal the real name or hometown of Eman, but her story was verified by the NGO and its sources inside the country.