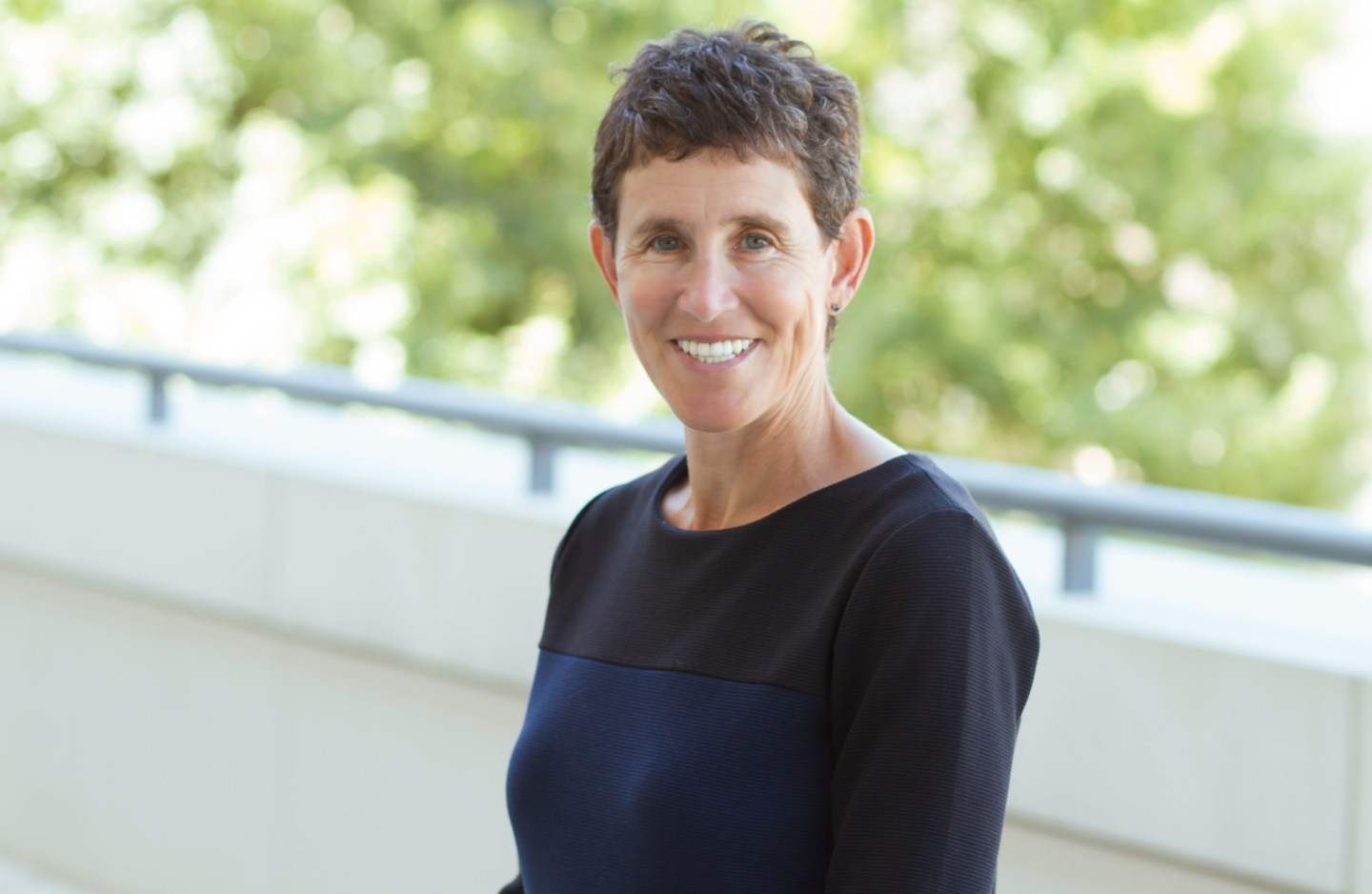 About ten years ago, when a male Stanford Graduate School of Business professor first created a two-week seminar on female entrepreneurship, his goal was simple: “We thought it was really important for students to see a multitude of entrepreneurship examples,” recalls Garth Saloner, the professor.

Today, a prominent female VC teaches the course, and “Entrepreneurship from the Perspective of Women” is so popular that it has a waiting list, and Stanford Business School decided to turn it into a full, quarter course, beginning in 2015, according to Saloner, now the business school’s dean.

Fern Mandelbaum, managing partner at Vista Venture Partners, became the class instructor last year after having been a guest speaker in the course for five years. She dubs the course “You Can Do It” because “that’s really what the class is all about,” she says.

Unlike many MBA classes, which focus on developing ideas, raising money, and corporate strategy, Mandelbaum’s course examines creating a diverse culture, managing emotions and expectations, building balance in your life, and handling risks.

“Many women come up with reasons why they shouldn’t do something,” she says. “Many women have self-doubt. They lack confidence, and they’re afraid to take risks and don’t believe they can create companies.”

The course includes guest lectures by CEOs and investors, most of them women. Recent speakers have included Julia Hartz, president and co-founder of Eventbrite, the event ticketing company, and Amy Pressman, president and co-founder of Medallia, a customer experience management tracking software company. Mandelbaum assigns a student the responsibility of introducing a speaker, which usually requires some research and discussion with the speaker.

Former student Alexandra Day says that “one of the best things that the class did for me” was help her get over her trepidations about interacting with investors. “I was quickly put in front of investors for the first time in my life,” says Day, adding the class was “a big networking opportunity for me.” While still in the class, Day co-founded VIDA, an e-commerce platform that aims to connect designers, artists, producers, and consumers.

“Something that we talk a lot about [in the class] is, ‘how do you use your differences as strengths?’” Mandelbaum says. “And [these feelings] could come from being an Asian or African-American person or an introverted male. It’s not just women, but the fact of the matter is, 50 percent of the population is women, and many of them view their differences as weaknesses.”

In the class, Mandelbaum says, guest speakers will share “the good, but also the bad, like if they hired the wrong co-founder. I try to make class as real and authentic as possible. There’s a real level of intimacy when people trust each other.”

The introspective focus was exactly why Mada Seghete enrolled in the course last spring. At the time, Seghete was getting ready to raise funds for her company Branch Metrics, a developer tool. She says she had concerns, like “Should I dress differently? Should I behave differently when I am in a room with all male VCs?”

The class offered Seghete the opportunity to pitch her startup — where she is the only woman on the founding team — to a VC who was one of the speakers. While the VC ultimately didn’t invest in Branch Metrics, Seghete says she got useful feedback that helped her refine the pitch. She graduated in June. The company had raised $3 million by September.

Aren’t these things that male students could benefit learning? Absolutely, says Mandelbaum, who notes that about ten percent of the students in her class are men. “Everything in the class is as important for men as it is for women,” she says.

In early 2014, Johnson Ci Yu Fung enrolled in the class when he and his girlfriend launched The Grammaticus — a summer school program that aims at bridging the gap between liberal arts and business. “It was super important to me to see where my blind spots are,” he says. “I think guys will tell you, especially those who are in relationships, that there are these major blind spots that you just don’t see. This is especially true of guys in business.

“It really takes being in a room and dissecting those issues to get women’s perspectives,” he continues. “These aren’t women-specific issues; these are people-specific issues, but it was interesting to me that these issues aren’t brought up in other classes.

In fact, Mandelbaum hopes that the class will attract many more men. “The business school right now is 42 percent women,” she says. “I would love to have 42% of my class as men. I think these are very important issues for men and for women.”