The MBA degree and the astronomical rise in CEO pay 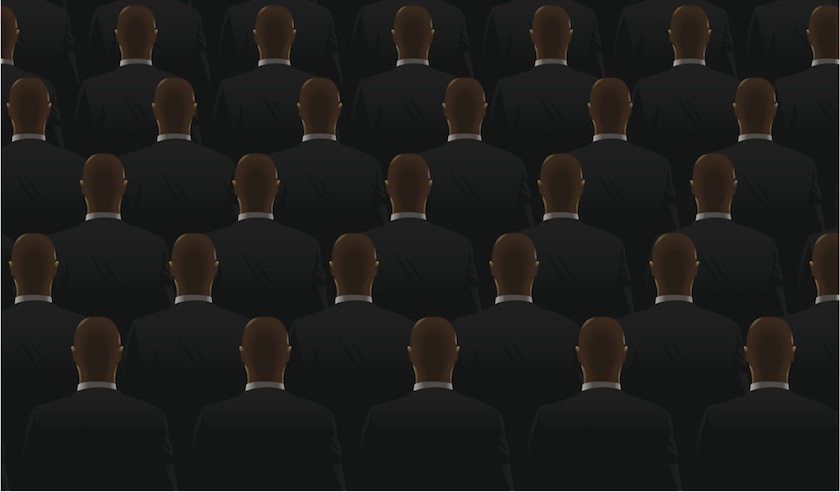 During most MBA programs, business school students read numerous case studies, evaluating the strategies of many different kinds of companies, analyzing the cost of bringing new product lines to market and novel methods to cut expenses. You would think that, after all that training, MBA grads would be the perfect candidates to halt the runaway growth of CEO pay. But, in an ironic twist, could the rising number of MBAs be pushing the perceived value of a CEO ever higher?

The MBA degree’s growth in popularity is one of the few trends in the business world that matches the extraordinary growth in executive pay. According to the most recent data, from the 2011-2012 graduating class, MBA students accounted for 25% of the total master’s handed out, with 191,571 students receiving the degree. Education and computer science/engineering students came in second and third, with 178,062 and 66,014 degree recipients, respectively.

The MBA has grown in popularity for years. In fact, the number of MBAs issued has jumped 623% since 1970; education master’s degrees increased 103% during that time.

CEO pay growth took a little longer, waiting until the 1990s before its exponential rise, according to data from the Economic Policy Institute.

As the MBA-toting population has increased in general, a growing share of corporate board members and CEOs have the degree on their resumes. It makes sense. Companies want to have the best talent and, presumably, the best will have focused on how to sustain or grow a business and be willing to make tough choices to do so, which is what students learn during an MBA program.

Executive search firm Spencer Stuart found that 61% of new directors were current or retired chairs, presidents, or CEOs. Another 13% were active or retired executives and 20% were bankers, investors or CFOs. It’s safe to assume that a sizable portion of these executives have MBAs or other advanced degrees.

Such similarities among large company executives and board members raises concerns about diversity. If many of these people have a very similar educational background, what’s the likelihood that there will be a wide range of opinions when it comes time to talk executive pay and corporate strategy?

There’s little research on the impact of the number of MBAs in the boardroom, but a growing amount of evidence suggests that a lack of diversity can hurt a company. In a study currently undergoing peer review, researchers found a significant link between board diversity and willingness to take on risk.

“We found that the more diverse the board, the less likely [a company is willing] to take risk,” said Ya Wen Yang, assistant professor of accounting at the Wake Forest University school of business and a co-author of the study in question. “If you want to curb excessive risk taking, then add diversity to the board.”

Yang adds that there’s early evidence that diverse boards are more willing to provide investors with dividends or give money back to shareholders.

In this case, diversity was taken to mean differences in race, age, professional experience, and tenure. The researchers did not specifically examine board members’ educational background.

With all of these MBA students entering the workforce, why hasn’t the cost of the talent dropped?

Executives and board members will tell you that they view their CEO as extraordinarily skilled and nearly impossible to replicate. A degree doesn’t signify that level of talent. And they may be right, to a point. But at some level, as more talent becomes available, the amount of extraordinary talent on offer should increase. There may be an outlier or two of otherworldly talent—you could use the example of Steve Jobs (no MBA) in the CEO world—but for the most part, there will be more great talent to select from, which should cause a decrease in the salaries those people command.

CEO pay really started to rise in the 1990s. Was there a sudden drop in talent at that time, leading to a price increase for a quality CEOs? Did MBA programs stop producing quality graduates? I doubt that many alumni of America’s prestigious business schools would agree.