The mysterious banker behind the world’s best-known beer 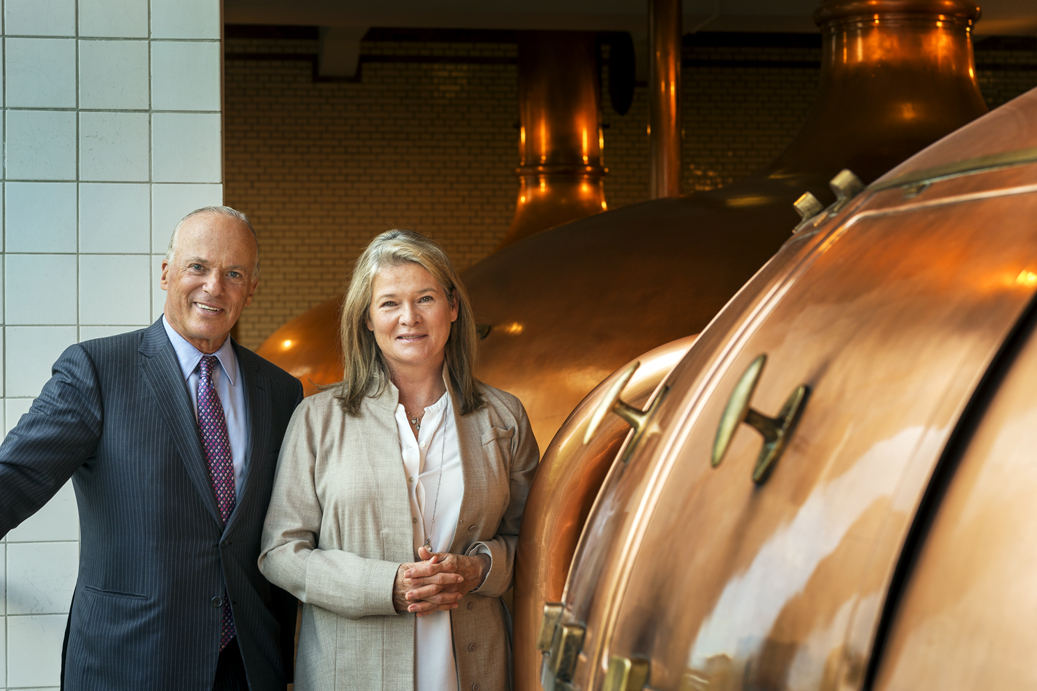 Alix Colow. Photo given to us from Heineken
Photograph by Sander Stoepker — Fotograaf

He was a teenage actor who trekked the African desert with Peter O’Toole in Lawrence of Arabia. He was a three-time Olympian, in two different sports. He graduated Harvard University and then earned a Harvard MBA. He is a vice-chairman of investment banking at Citigroup, where he chairs Citi Private Bank in the EMEA (Europe, Middle East and Africa) region. And he’s the husband of one of the wealthiest women in the world.

And yet, perhaps you never heard of Michel de Carvalho.

De Carvalho is the supporting actor, so to speak, in my exclusive profile of Charlene de Carvalho, the sole heir to the Heineken fortune, in the current issue of Fortune. Until I sat down with the billionaire couple (she owns a quarter of Heineken, worth more than $11 billion) in Amsterdam in June, they had not shared her story, which is a sort of business fairy tale about a woman who learned to embrace her power. Charlene had never before talked to the media. And until 2002, when her father, Freddy—who built Heineken in America and expanded the brand to become the world’s most distributed beer on earth—died, she was a mother of five and dutiful investment banker’s wife in London. Walking out of the cemetery on the day she buried her father, Michel challenged Charlene to uproot her tidy life and become an active owner of Heineken.

“We’ve gone mad!” de Carvalho, an insanely energetic 70-year-old, announced to Heineken executives as he whirled me through the brewer’s headquarters in Amsterdam. A few weeks before my visit, I had gotten a cold call from a London-based PR man, who told me that 2014 is Heineken’s 150th anniversary and the heiress was willing to talk for the first time—and that Michel, as outgoing as Charlene is shy, is fascinating too.

Michel de Carvalho has certainly lived a life. Born to a British mother and a Brazilian diplomat father in England, he began acting as a child. Using the stage name Michel Ray, he was in several movies, but most memorably he played the shepherd boy Farraj who gets mortally wounded by a detonator in the epic Oscar winner, Lawrence of Arabia. He quit acting to go to Harvard, and then he infuriated his parents by putting off Harvard Business School to join the British ski team at the 1968 Olympic Games in Grenoble, France. He competed again with Britain’s luge team at the 1972 and 1976 Olympics—and went on to HBS and a banking career that included stints at Credit Suisse (CS) and Nikko Securities before Citigroup (C).

De Carvalho wooed Charlene, Freddy Heineken’s overprotected only child, on the ski slopes of St. Moritz, where both families had vacation homes. “The nicest thing Charlene’s father ever said about me was, ‘He’s not interested in Charlene for her money,’” he says. After he and Charlene married in 1983, she had five children in rapid succession—at 37, she had five kids under the age of seven. And until she was 47, when her dad died, Charlene had no money to her name except one share of Heineken stock.

That day he died, Charlene went from holding one Heineken (HINKF) share, worth $33 in 2002, to 100 million shares—and control of the company. Michel helped his wife lean in and embrace her new power. He prodded her to get involved in the business, traveled the globe with her to see breweries, and helped her assess the management. Soon enough, the couple decided that the board needed to replace CEO Thony Ruys. Ruys recalls de Carvalho as a force to be reckoned with. “If you see a tsunami coming, you’re not going to manage the tsunami. You’re going to manage yourself,” Ruys told me. His replacement was Jean-Francois van Boxmeer, who has helped triple Heineken’s sales and is still CEO today.

Many people thought that the de Carvalhos would sell Heineken. But a sale was their last resort. They told me a story about August Busch, the scion of the Anheuser-Busch dynasty, inviting them to meet soon after Freddy died. Though rivals, the de Carvalhos were friendly with Busch, who was in charge of the world’s largest brewer and worried about predatory rivals. In fact, de Carvalho says, they talked with Busch about helping each other’s companies expand distribution—putting Budweiser on Heineken trucks and vice versa. But the talks stalled. Had a Heineken-Busch venture come together, Michel says, “it might have changed the history of the Busch family.” In 2008, InBev (ABI) bought Anheuser-Busch for $52 billion.

“It was quite shocking,” says Charlene, who views the sale as a bitter end to the Busch dynasty. In September, when another rival, SABMiller (SAB), made an unsolicited takeover bid for Heineken, “the lady who throws the switch,” as her husband calls her, issued a quick and adamant “No.”

De Carvalho likes to prod Heineken to reduce bureaucracy (“the cancer of corporations,” he says), move quickly, and invest to grow. “If you don’t grow, you start to die,” he says. Two years ago, the company won a takeover battle for Asia Pacific Breweries, the Singapore-listed company that owns the Tiger brand. De Carvalho calls the negotiation for APB “one of the most painful 10-year experiences.” Had the board agreed on a deal a few years earlier, he says, Heineken could have bought the company for about half the $4.6 billion price that it ultimately paid. “I’m always frustrated,” he says. He feels the heavy load of responsibility to guard the dynasty that his father-in-law passed on to his daughter. “One of the things that drives me is the thought that one guy is constantly looking down and wondering whether we’re going to fuck it up.”

He seems to be keeping his end of the bargain. Last Friday night in Amsterdam, at the company’s Christmas dinner, de Carvalho spoke to about 50 of the company’s senior executives and board members about upholding this year’s theme: Women at Heineken. He thanked Laurence Debroux for joining Heineken as the company’s first female CFO. Then he singled out, as he told the group, “one woman who this year, more than ever, deserves thanks: my darling wife, whose out-of-character and seminal moments in 2014 included taking the lead in saying ‘No’ to SABMiller and agreeing to do the Fortune article, which removed the last vestige of anonymity.”

Here are Michel and Charlene de Carvalho together, talking about how they guard and guide Heineken to keep growing in the future: