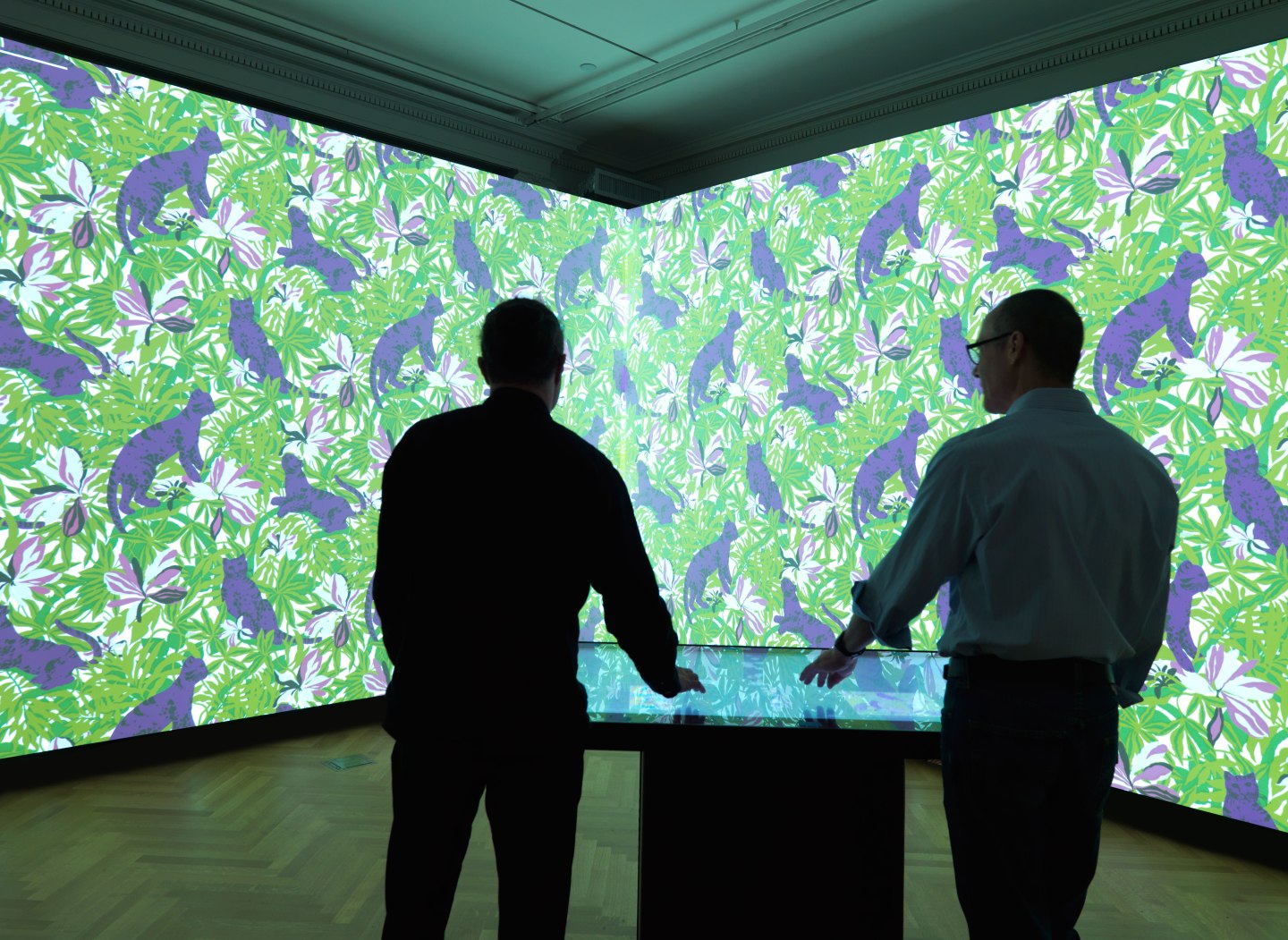 Caroline Baumann, the director of New York City’s newly-refurbished and reimagined Cooper Hewitt, Smithsonian Design Museum, says she never wants to hear, “Cooper what?” again. And after overseeing an $81 million transformation into a cutting-edge digital showcase that melds three centuries worth of technology and art, she may not have to.

The Cooper Hewitt, perhaps best known in decades past for the Victorian era opulence of the 113-year-old Andrew Carnegie mansion it calls home, is now basking in the global fascination with the marriages of form and function that catapulted companies like Apple [fortune-stock symbol=”AAPL”]to success. Long lines for museum exhibitions and education programs several years ago made a 60 percent expansion of the gallery space a necessity, Cooper Hewitt officials said.

The three-year renovation that followed ended up doing more than that: Cooper Hewitt has been widely praised by critics for pioneering participatory visitor experiences and immersion in a museum that integrates state-of-the-art robotics and 3D printing along side the innovative visions of earlier centuries.

“There’s a hunger for design,” explains Baumann, who has held various positions at the museum since 2001 and was at the Museum of Modern Art before that. “So our challenge was to rethink the museum experience to make it more relevant to design. There’s so much competition, nationally and globally. How do we become America’s design museum and hold that flag high in the air?”

The journey to that chilly December 12 morning when Baumann and Smithsonian Secretary Wayne Clough cut the ribbon with a 3D-printed pair of scissors, courtesy of corporate sponsor 3D Systems, involved years of careful recruitment for the museum’s board of trustees of supporting companies and foundations that shared Cooper Hewitt’s design mission.

“I thought seriously about the need for companies to see their mission reaffirmed by their philanthropic activities as I recruited for the board,” Baumann explains. “That’s why I approached people like Avi Reichental, the CEO of 3D Systems [fortune-stock symbol=”DDD”], and Jon Iwata from IBM [fortune-stock symbol=”IBM”], and David Lubars of BBDO. These are all recent board members from companies heavily vested in design.

“Companies are not just plunking down money; they want to know why and how it fits with what they do,” Baumann explains. “There needs to be real logic between the gift and the purpose.”

Take, for instance, the critical role played by Bloomberg Philanthropies in helping to finance the digital aspects of the renovation.

“When I first went to them, the conversations weren’t about money,” Baumann recalls. “They would say to me, ‘Caroline, this is the future of museums, so of course we’re interested. The money came later, but they have been partners from the start.”

“Today, companies are looking for more than the ‘This was brought to you by’ option with their philanthropy,” says Beth Comstock, GE’s chief marketing officer and the president of the Cooper Hewitt board of trustees since 2011. “Increasingly, brands are looking for opportunities to be part of an experience that reinforces who they are as a company. For GE [fortune-stock symbol=”GE”], it was not just a good thing for our industrial design team to work on the renovation; it made strategic sense.”

For the GE design team, that meant working with the museum and several technology partners to fashion a critical element of the new Cooper Hewitt: The Pen, a portable digital companion for the visitor, offers the ability to not only collect information about objects seen on tour but also to save it and bring it home. Based on SistelNetworks’ vWand and near field communication (NFC) technology, The Pen amasses data on an object or design simply by touching any museum label with a NFC tag.

“This will replace the bulky audio tour,” Baumann says. “It revolutionizes the experience by letting them collect images and information from a day at the museum to review later, to even create over time their own collection if they choose. It encourages them to put away their cell phones and focus on what is in front of them.”

The Pen, which won’t be available until early 2015, also promotes participation in the activity of design and the problem-solving approach to design challenges. With it, visitors can draw on interactive tables in the museum, such as the one in the Process Lab, which includes a Design-It-Better application that invites museum visitors to improve the form and function of common products.

“This is the part of the new technology that I see as radical,” says Rosanna Flouty, an adjunct professor in museum studies at New York University. “They’re asking them to be creative or problem-solving. It’s experimental and exciting.”

For more than a decade, museums have focused on how to incorporate digital into their experience—either via a website or during the actual visit, according to Flouty and other museum experts interviewed. But the task, particularly of digitizing the actual museum trip, has been a challenge for smaller museums without the funding and staff to maintain the technology.

“People expect to be able to engage with their mobile devices, but when apps were first appearing five years ago only the biggest museums were able to consider them,” says Elizabeth Merritt, the founding director of the Center for the Future of Museums, an initiative of the American Alliance of Museums. “Five years later, the economics of technology has made that affordable for smaller institutions.

“I imagine the same might be true one day for the cutting-edge technology that Cooper Hewitt is creating now,” Merritt says. “The problem with digital for museums is the fact that it’s constantly changing and very hard to anticipate and budget for.”

Besides The Pen, the new Cooper Hewitt offers such activities as the Immersion Room in which visitors are able to project more than 200 examples of the museum’s collection of wall coverings onto gallery walls or design a new one themselves. Cooper Hewitt also has created a new entrance through the mansion gardens where a café will open at 7:30 every morning.

“My goal is to make the museum a hub for designers, a real hangout, even though we’re on the Upper East Side and some people will say, ‘I won’t go north of 14th Street,” Baumann says. “The key is to make sure so much is happening here they have to come.”