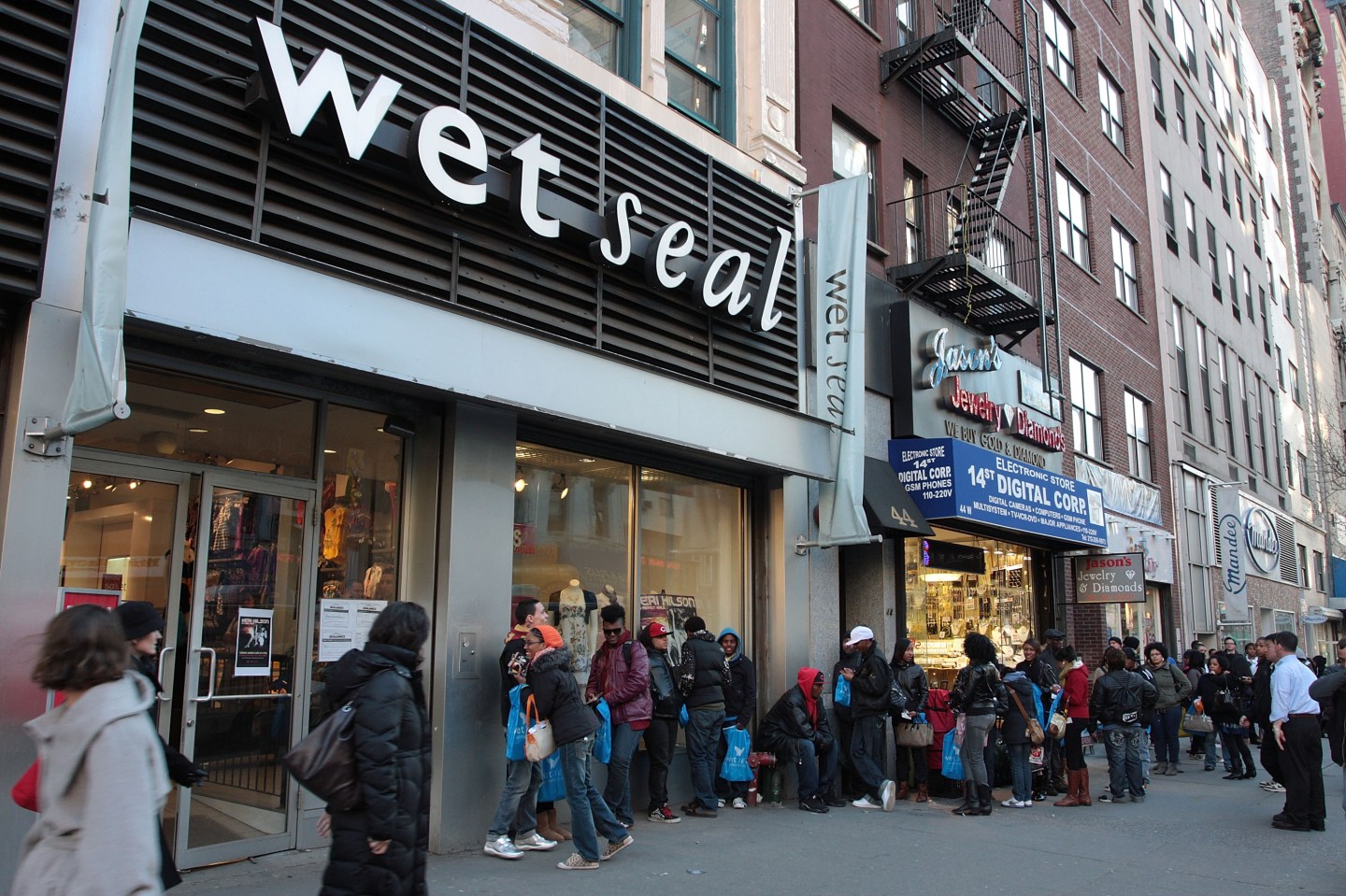 Those two chains could soon be joined by Wet Seal, another clothing store familiar to a generation of teen girls who frequented suburban shopping malls. The Foothill Ranch, Calif.-based Wet Seal said this week that it could also file for Chapter 11 bankruptcy protection if it cannot immediately address liquidity concerns made all the more apparent in the wake of yet another disappointing quarterly earnings report.

The company’s third-quarter losses more than doubled, to about $36 million or 43 cents a share, Wet Seal (WTSL) said on Wednesday. The company now has $19.1 million in cash and cash equivalents against $21.3 million in controvertible debt while its inventory declined by 26%, to $31.6 million, year-over-year.

In Wet Seal’s earnings release on Wednesday, the company reported that it has enlisted the help of investment bank Houlihan Lokey and FTI Consulting to advise on strategic options going forward, including a potential bankruptcy filing.

In the earnings release, Wet Seal CEO Ed Thomas admitted that Wet Seal’s third-quarter numbers represented the low-end of the company’s forecasts. “A key priority is to address our immediate liquidity needs in the very near term in order for us to have the time and resources to be able to implement our operating strategies,” Thomas said in a statement. Thomas pledged a commitment to growing the company’s e-commerce business while tweaking the stores’ merchandise with a greater emphasis on fashion to “recapture our target customer.”

Thomas rejoined the company in September as CEO, a role he vacated three years earlier. The company’s shares have lost nearly all of their value over the past year amid mounting losses.

Wet Seal’s potentially dire news comes less than a week after New York-based Delia’s filed for bankruptcy after failing to find a buyer for its struggling business. The parent of Deb Shops, which is based in Philadelphia, said earlier this month that it would begin selling off inventory and shuttering some of its nearly 300 locations as part of the retailer’s own Chapter 11 filing.