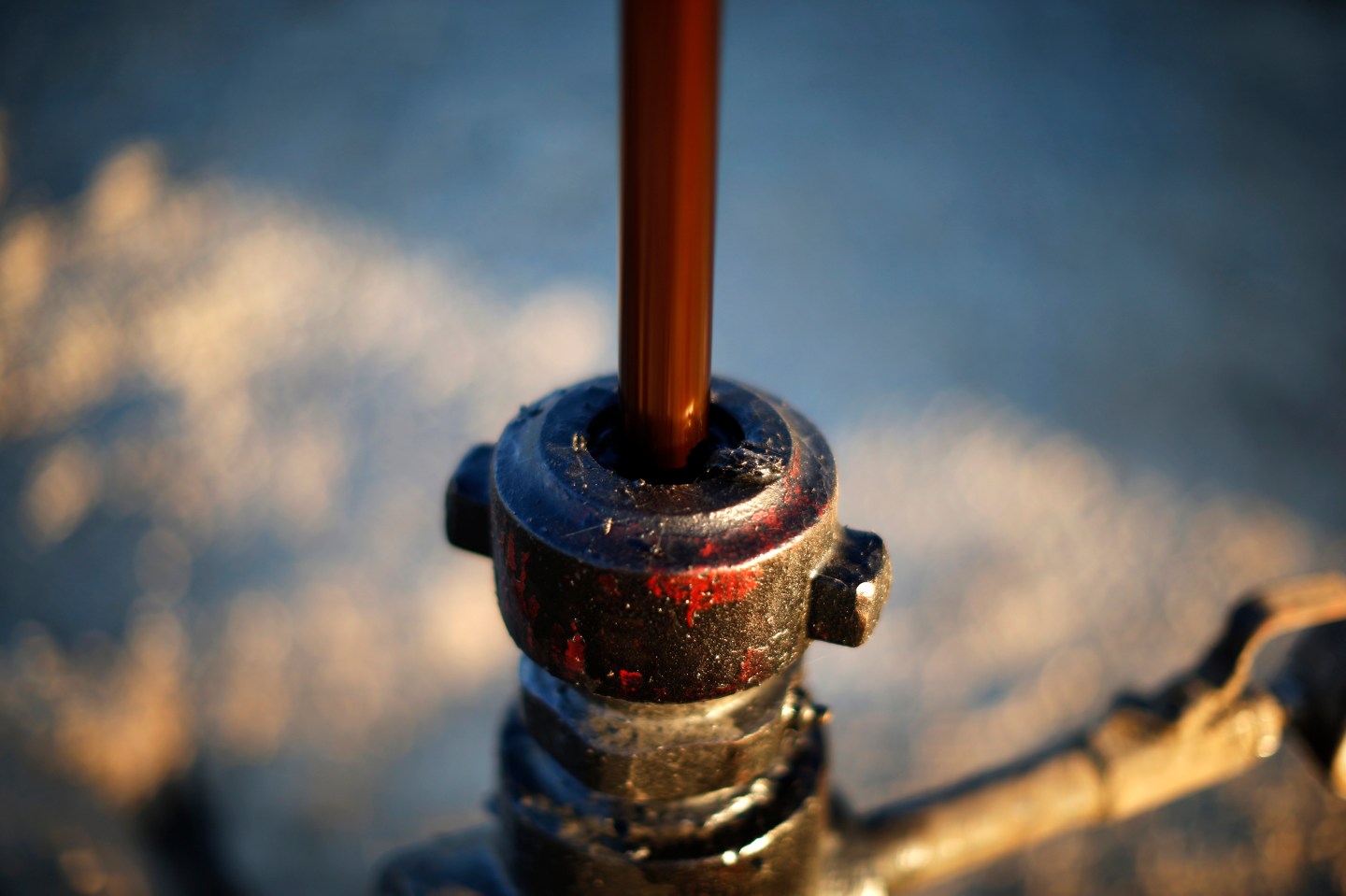 An oil pump is seen near Bakersfield, California October 14, 2014. Brent crude hit a new four-year low on Wednesday before recovering to just under $85 a barrel, as faltering global growth curbed demand for fuel at a time of heavy oversupply. Oil saw its biggest daily fall in more than three years on Tuesday after the West's energy watchdog slashed its forecasts for world oil demand for this year and 2015. Picture taken October 14, 2014. REUTERS/Lucy Nicholson (UNITED STATES - Tags: ENERGY BUSINESS) - RTR4ABGS
Photograph by Lucy Nicholson — Reuters

Oil prices continued their steady decline Thursday, sinking past another milestone as the price of crude dropped below $60 per barrel for the first time in five years.

U.S. oil futures sank 1.6% Thursday and closed at $59.95 a barrel on the New York Mercantile Exchange — the lowest closing price since July 2009. The price of crude oil has fallen over 40% since hitting a mid-summer peak.

Prices have plummeted thanks to global oversupply that has been driven, in part, by increased production from the U.S. shale boom. Recently, news that the supply glut will likely continue into 2015 pushed prices down even further.

The Organization of Petroleum Exporting Countries (OPEC) said this week that it is cutting its projection for the amount of oil it will need to produce next year on account of oversupply.

And, while cheaper oil has the potential to benefit consumers and some business sectors that rely on affordable transportation, falling oil prices have taken a toll on the energy industry and contributed to declines in the broader stock market this week.