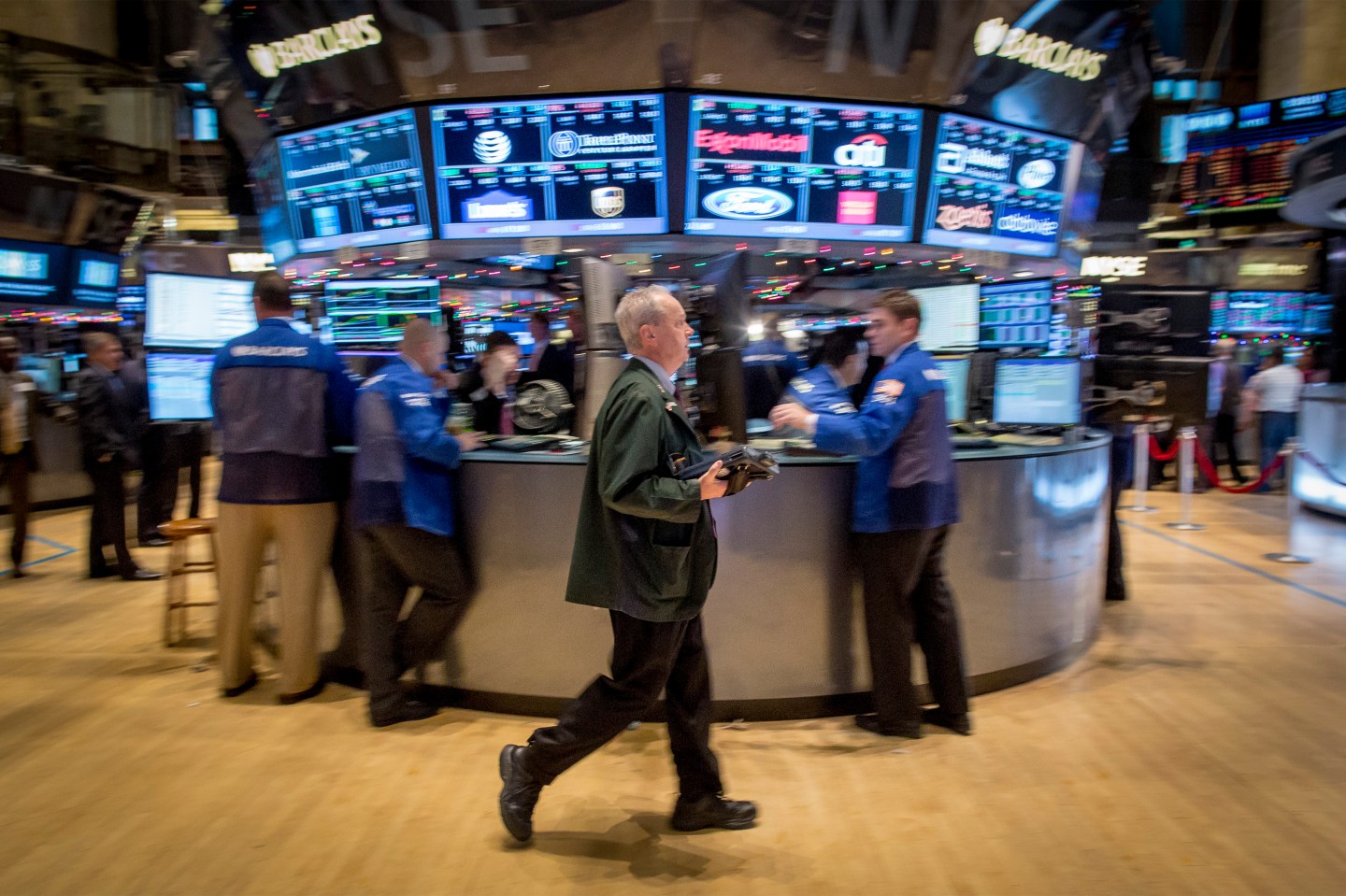 The dreary start to the week for U.S. stocks continued Wednesday as the market had its worst day in two months while oil prices continued their slide.

The Dow Jones Industrial Average fell for the third straight day, plummeting 268 points, or 1.5%, to 17,533. The blue-chip index has now fallen more than 425 points this week after coming tantalizingly close to the 18,000-point milestone on Friday afternoon. The index, which crossed the 17,000-point mark for the first time in July, is down 2.3% for the week.

It was also the third-straight day of losses for the S&P 500, which dropped 33 points, or 1.6%, on Wednesday. Meanwhile, the Nasdaq composite, which actually posted a gain on Tuesday, fell 82 points, or 1.7%, on Wednesday. The indices are down 2.4% and 2% for the week, respectively.

Falling oil prices battered the markets.Crude oil hit a five-year low after the Organization of Petroleum Exporting Countries (OPEC) cut its projection for the amount of oil it will need to produce in 2015 thanks to global oversupply. OPEC said it expects to need to produce only 29.8 million barrels of oil per day next year, which is 300,000 fewer barrels than previously thought. As a result, the price of Brent crude oil slipped 3.5% on Wednesday, to $64.50 per barrel, while West Texas Intermediate crude fell 4%, to $61.21.

In addition to the price of oil, the market has taken a hit on concerns over sluggish global economies, particularly in Asia and Europe. Tuesday saw a massive sell-off in China as well as a historic decline by the Athens stock exchange after the Greek government’s decision to hold an early vote in its presidential elections.

It has been a turbulent fall for the U.S. market, which experienced a broad sell-off in early October that briefly erased all of the year’s gains. But, a steady rebound through November and early December, which included a string of record finishes for the Dow Jones and S&P 500, pushed the market to record levels coming into this week.