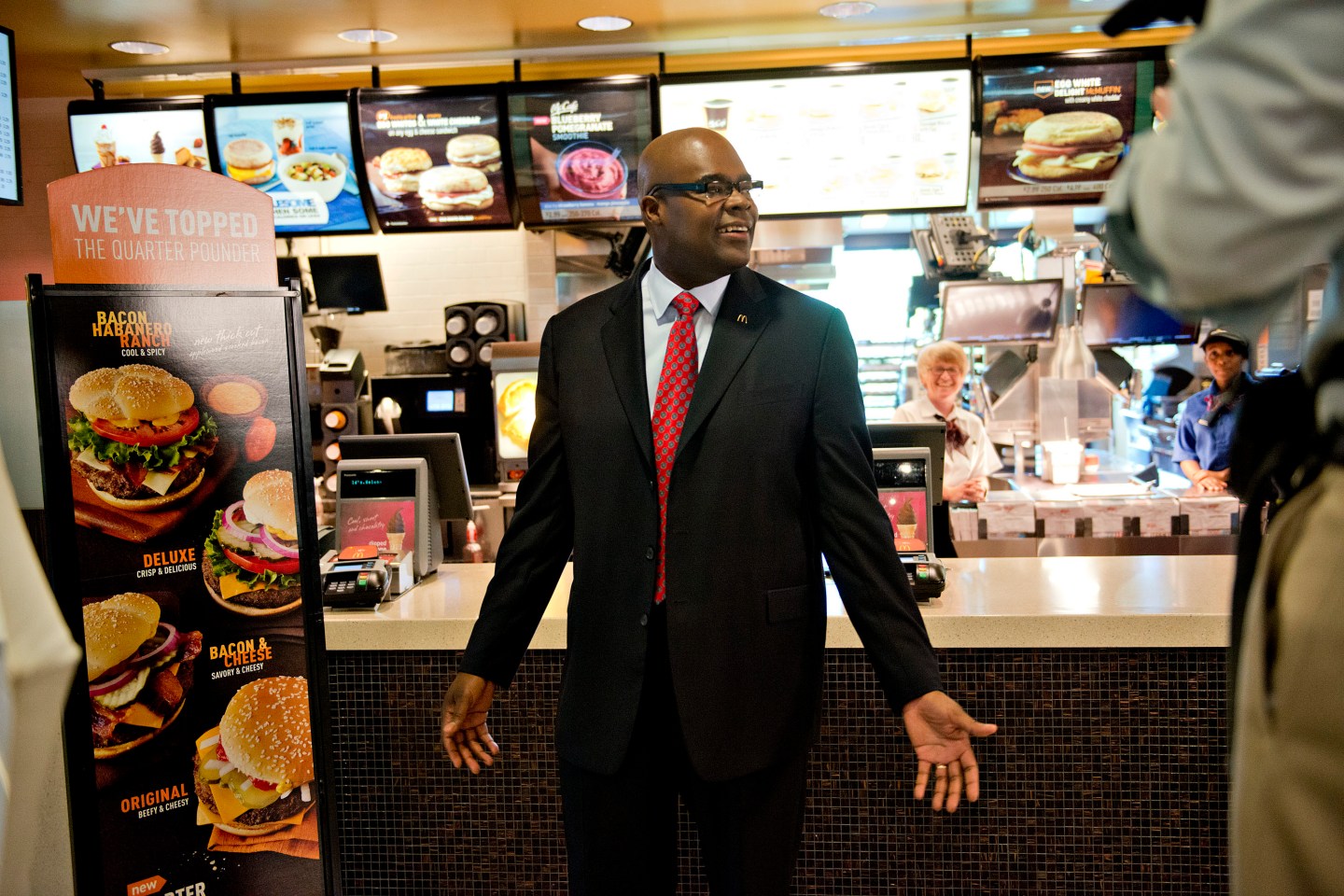 McDonald’s (MCD) is going to dramatically simplify its menu next month as a major part of its strategy to halt a U.S. sales slide that has gotten worse of late.

McDonald’s USA president Mike Andres said on Wednesday at an analyst meeting in Oak Brook, Ill., that the world’s largest restaurant company would remove eight items altogether from its menu and would only offer 11 extra value meals, rather than 16, to address a chronic criticism customers and investors alike have lobbed at it: service that is bogged down as workers struggle with learning and preparing too many menu items.

Earlier this week, McDonald’s reported that U.S. same-restaurant sales fell 4.6% in November, its worst decline in 14 years, continuing a streak of 14 months without growth. And the U.S. was not its only weak market- comparable sales were down 2.2% globally last month.

The pared-down menu is part of what Andres, who returned to McDonald’s in August to stem the U.S. sales slide, called the chain’s effort to regain its “burger leadership.” And the idea is for McDonald’s to be more nimble to changes in customer habits.

While neither Andres, nor his boss, CEO Don Thompson, were specific about what would be cut, Thompson noted that items like the McWrap sandwich take a lot of time to make. He also said that he could pare permutations of a same item.

The pressure is on Thompson, two years into his tenure, to show McDonald’s can revitalize a hamburger giant seen as passé by many customers in an era that has seen the ascendance of Chipotle Mexican Grill (CMG) and Panera Bread (PNRA). McDonald’s has also been bested by rivals Wendy’s (WEN) and Burger King (BKW) in terms of sales growth.
[fortune-brightcove videoid=3887112102001]

Andres conceded that McDonald’s problems were such that the company had to move decisively.

“We are not going to re-energize this business by taking incremental steps,” Andres said.

McDonald’s has had trouble weaning customers off of its inexpensive Dollar Menus, something that deepened the price disparity between its lower price items and its premium offerings, and damaged the overall image of the restaurant, said Andres, who started at McDonald’s 32 years ago, with a short interruption as CEO of Logan’s Roadhouse steak and burger chain. He returned to McDonald’s in October.

As part of its turnaround efforts, McDonald’s is currently testing “Create Your Taste,” which allows customers to personalize their burger, a key part of fixing McDonald’s image problem. But it has its work cut out for it: a reader poll by product testing organization Consumer Reports released in July found McDonalds burgers ranked as the worst in the U.S.

Andres also wants to enhance McDonald’s offering by being “more culinary inspired” and having items with shorter ingredient labels.

But either way, Andres and Thompson tacitly acknowledged long-time criticisms of the company and practically sounded the alarm to make it clear the company needs to move decisively.