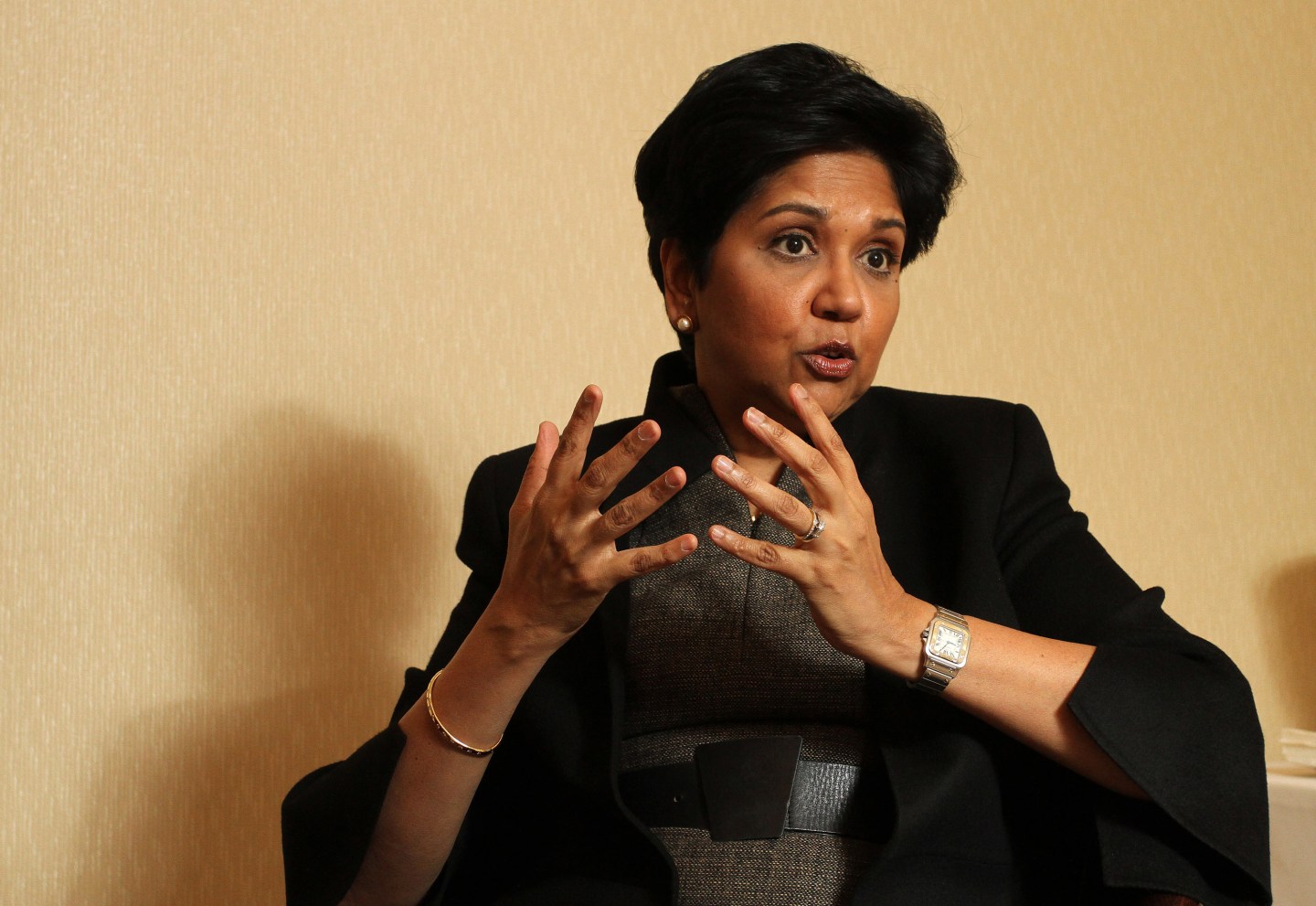 PepsiCo (PEP) is a $66 billion-a-year behemoth.

Some have argued that the snacks-and-beverage company is a lumbering giant that would benefit from splitting itself in two. But CEO Indra Nooyi argues that the company’s broad portfolio of products and size make it even more important with retailers desperate to bring shoppers into their stores. And that is one key reason PepsiCo should stay together, Nooyi said on Monday at the Beverage Digest industry conference in New York.

“Our portfolio works, we have scale. We go to large retailers and talk about how to drive our collective business. We generate a lot of cash for retailers because we are in high velocity categories, and so retail CEOs want to sit down and talk with us,” Nooyi said.

Activist investor Nelson Peltz has been agitating for a long time to get PepsiCo (PEP) to split off its booming snacks business, saying its slower growing beverage business is impeding its food division, which includes Frito-Lay and accounts for 52% of sales.

PepsiCo has repeatedly rebuffed Peltz and, earlier this year, issued the results of a long strategic review finding that splitting the two businesses would lead to lost synergies, a conclusion Peltz has dismissed.

Nooyi reminded industry analysts that PepsiCo has been an integrated company for half a century. Some of the pressure on PepsiCo to consider a split has eased off, thanks to strong results this year, which has in turn spurred the company’s stock performance. PepsiCo shares are up 18% this year, compared to about 8% for the S&P 500.

But Peltz is patient and he could renew his push for a split.

Nooyi was quick to point out that the beverage-snack combination has made PepsiCo crucial to its customers, given that major retailers like Wal-Mart Stores (WMT), Walgreen (WAG), and Target (TGT) are struggling with stemming declines in customer visits to their stores. Indeed, PepsiCo has climbed the ranks among consumer and products companies that are important to retailers, according to Kantar Retail.

What’s more, beverages, because of their weight, are not a product category that lends itself easily to e-commerce, so customers are more willing to make their way to brick-and-mortar locations to make such purchases, Nooyi said. Bags of chips contain plenty of air and are also cumbersome to ship via e-commerce platforms. “Put the two together and we are the single largest traffic driver [to stores],” Nooyi said.

“Last week, I was at a meeting with Wal-Mart,” Nooyi said. “I don’t think the Wal-Mart CEO is going to spend time with me if PepsiCo is not so big and so important.”