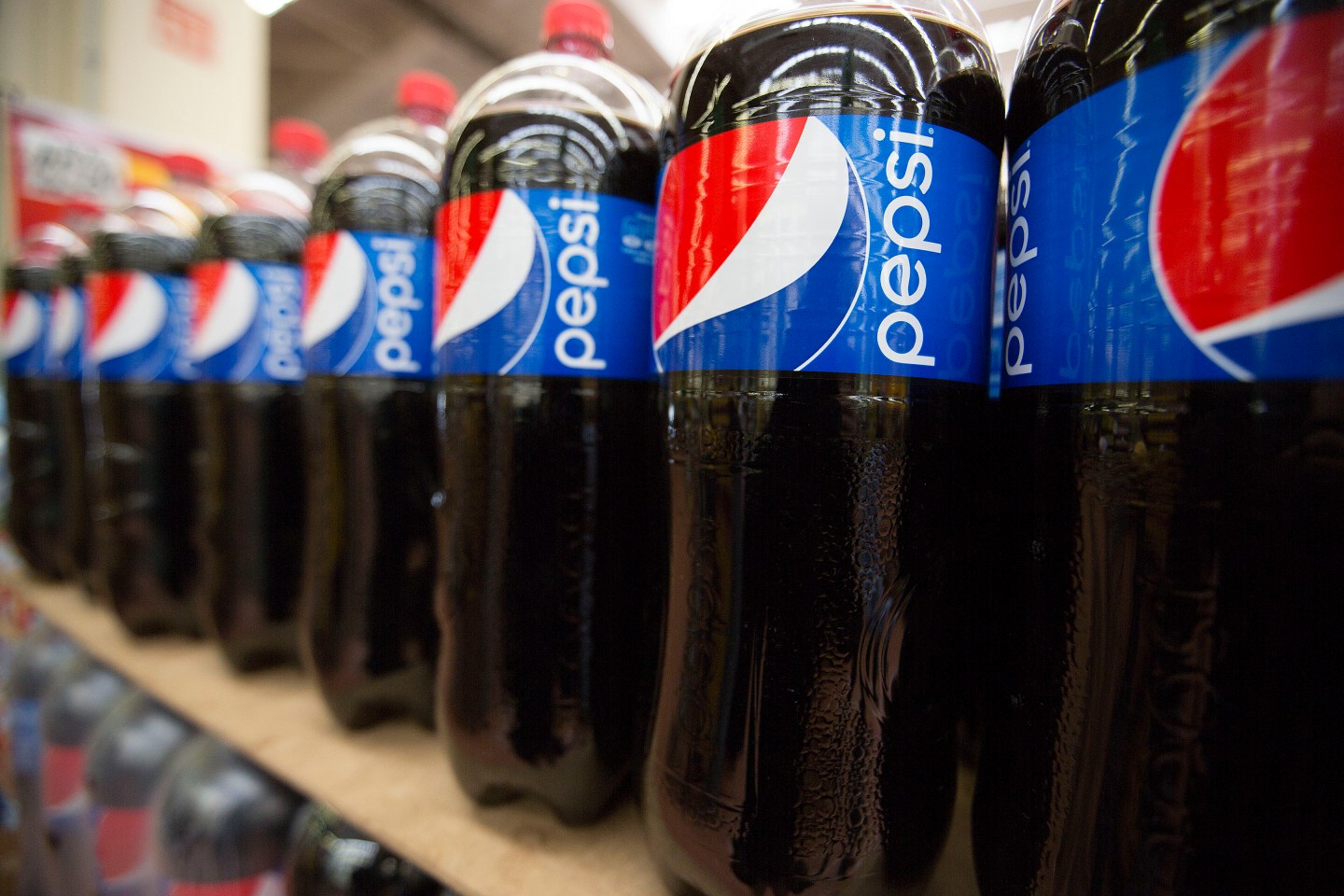 PepsiCo on Thursday reported a 5% jump in fiscal third-quarter earnings. Here are the most important points from the earnings report.

What you need to know: While Pepsi’s (PEP) results broadly beat Wall Street’s expectations, revenue growth was pretty minimal. Net revenue only grew 2% on a reported basis, with volume of snacks and beverages each rising only 1%. Pepsi CEO Indra Nooyi has told analysts that people these days are consuming differently, with the trend toward fresh produce and making food at home rather than buying the packaged foods and beverages items that companies like Pepsi sell. Fast-growing items such as yogurt, fruit and meat are mostly out of the beverage giants’ comfort zones. And demand for carbonated soft drinks, the biggest category in the beverages business, has suffered a nearly decade-long slide.

The big number: $1.36 — that’s the per-share adjusted profit Pepsi reported for the quarter ended September 6, and it is far above the $1.29 a share projection by analysts surveyed by Bloomberg. Overall revenue also exceeded expectations, at $17.22 billion versus the projection of $17.08 billion. Pepsi also notably slightly raised its earnings growth projection for the fiscal year.

What you might have missed: There was some regional choppiness in Pepsi’s latest results. Revenue climbed in the double digits in the Latin America foods and Asia, Middle East and Africa regions, but growth was far more modest in Europe, where beverages volume declined. The North America snacks business reported a 3% jump in revenue, helping offset a drop for Quaker Foods. The Americas beverages business — a closely watched segment–reported flat revenue as Pepsi claimed to have maintained its market share.