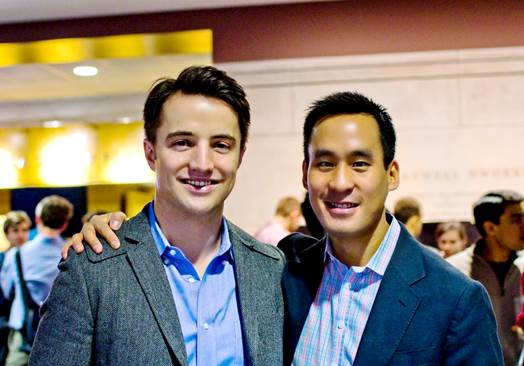 Xfund was launched in 2011 to leverage the experience of established VC firms like NEA and Accel, plus the management and engineering expertise of Harvard. For example, many of the fund’s portfolio companies get access to venture capitalist and Xfund co-founder Jim Breyer, who led the first institutional round in Facebook and has sat on such corporate boards as Dell and Wal-Mart (WMT), plus Harvard luminaries like former engineering school dean Cherry Murray and computer science professor Harry Lewis.

“There is definitely a lot of capital out there for early-stage companies right now,” acknowledges Patrick Chung, one of Xfund’s two partners and a former partner with NEA. “We deliver the best of both our academic and investing worlds. For example, we backed Ravel Law, and helped them strike a unique deal to digitize the content of Harvard’s law library.”

Just under half the deal-flow in the original Xfund — which was launched as a $10 million trial balloon — came from companies launched by Harvard students, faculty and staff. Another 25% from MIT-affiliated entrepreneurs, while a surprising 9% emanated from Stanford (Chung will operate a Silicon Valley office for Xfund, while co-partner Hugo Van Vuuren is based in an office on the Harvard campus in Cambridge, Mass.). The firm does not have too many demographic requirements for portfolio companies, although it prefers to lead an entrepreneur’s first institutional round and is partial to Boston-area businesses.

“I grew up around Boston and went to high school there and have made investments there, but Boston has not kept pace with other centers of excellence in the IT area,” Jim Breyer explains. “I have been involved with Xfund now for three years, and have watched Patrick and Hugo source and evaluate and help scale half a dozen companies in the Boston area. I’ve built an enormous respect for them, and believe what they’re doing will be very positive for the area.”

Each one of Xfund’s original portfolio companies has gone on to raise follow-on financing, including Ravel Law, Kensho, Philo and Zumper. The fund does no thave any legal or financial relationship to Harvard, nor does Harvard have a role in Xfund’s investment decision making.

Sign up for Term Sheet, our daily newsletter on deals and deal-makers: Get Term Sheet