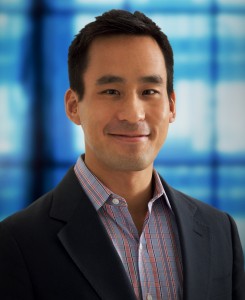 FORTUNE — Patrick Chung is in the process of moving on from New Enterprise Associates (NEA), the venture capital firm where he has been a Silicon Valley-based partner since 2005, Fortune has learned. His plan is to work full-time on The Experiment Fund (Xfund), an on-campus seed capital program at Harvard University that he helped form two years ago with financial backing from NEA.

Chung plans to remain based on the West Coast, which raises the possibility that Xfund may expand beyond the Harvard campus when it finishes raising its second pool of capital (which currently is in process, with NEA again serving as a limited partner).

No word yet on if Chung plans to retain his NEA portfolio company board seats, which include 23andMe, Curalate, Euclid, Fanhattan, Lytro, MeCommerce, Philo and Ravel Law.

Chung’s pending departure isn’t the only change at NEA, which plans to begin raising its fifteenth fund early next year. Fellow partner Paul Hsiao today announced that he is moving over to Canvas Venture Fund as a general partner.

NEA and Chung declined to comment for this story.