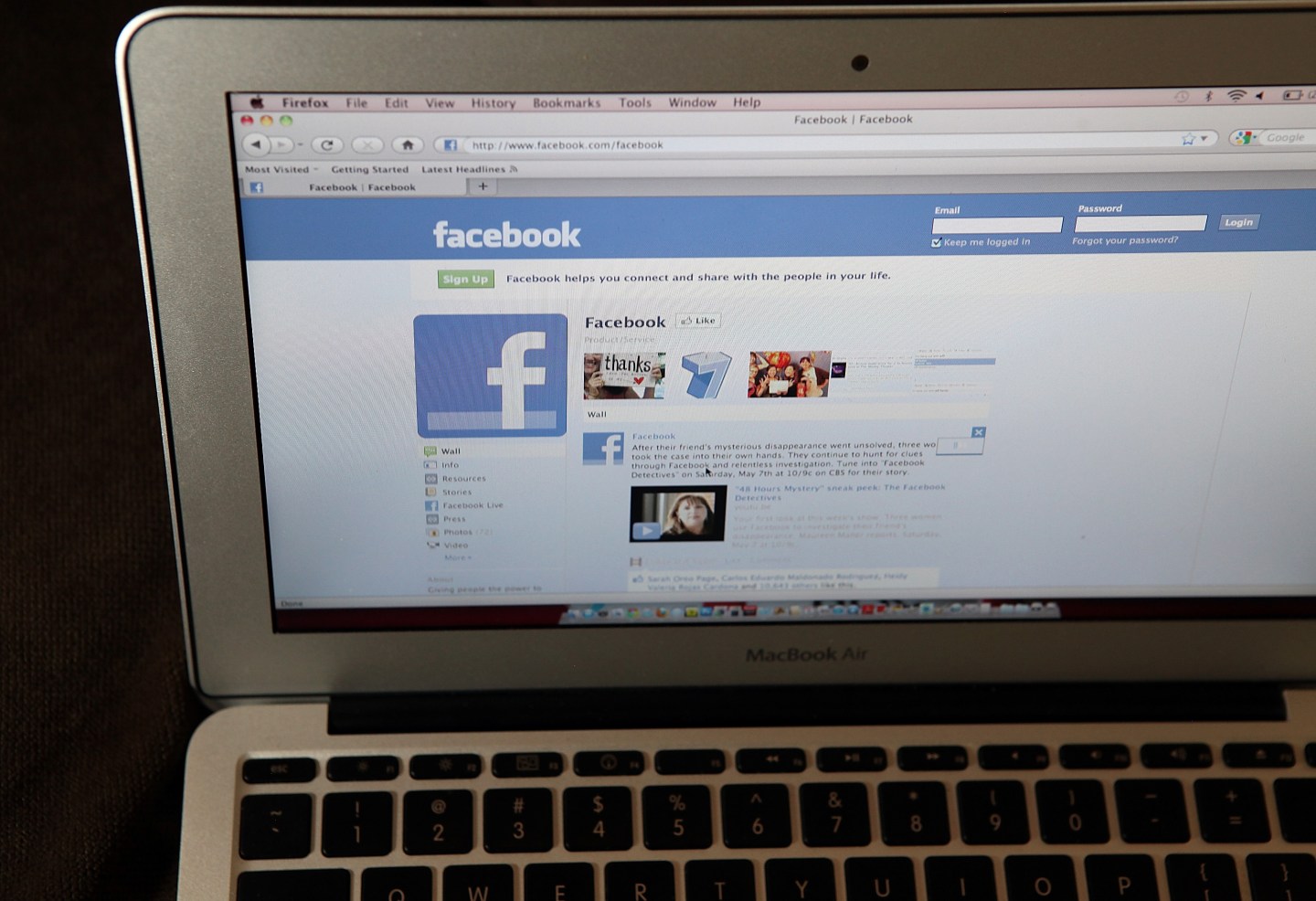 The U.S. Supreme Court heard arguments Monday in a case that looks at whether threats made on Facebook can be considered criminal threats, or if they are protected by the First Amendment.

The nation’s highest court decided in June to hear the case of Anthony Elonis, the Pennsylvania man who was convicted in 2011 of making criminal threats on Facebook (FB) against his estranged wife, a FBI agent, and others. Two lower courts previously determined that Elonis’ online behavior became criminal when he posted rap lyrics and other messages on his Facebook account that discussed killing his wife after she separated from him and took with her their two children.

In one Facebook post about his wife, Elonis wrote: “There’s one way to love you but a thousand ways to kill you. I’m not going to rest until your body is a mess, soaked in blood and dying from all the little cuts.” Later, after being visited by FBI agents in his home, Elonis posted rap lyrics that referred to the encounter and fantasized about cutting a female agent’s throat with his knife.

Elonis, who was sentenced in 2012 to nearly four years in prison, has argued that he was merely letting off steam amid a rough stretch in his marriage and never intended to act on any of the violent promises contained within his social media posts. With his lawyers, Elonis has also held up the example of rapper Eminem, who has written songs in which he fantasizes about murdering his ex-wife. Elonis says his own lyrics were inspired by the famous rapper.

However, the U.S. government countered in a Justice Department brief that the issue is not Elonis’ intention, but rather their claim that his online posts would make any reasonable person feel threatened. A group of 18 states also filed a brief in support of the federal government’s case against Elonis.

Not surprisingly, the Elonis case has drawn the interest of a number of groups against domestic violence and hate crimes, including the Anti-Defamation League. These groups are behind some of more than a dozen amicus briefs that have been submitted to the Supreme Court as a diverse mix of interest groups look to weigh in on the Elonis case.

Those filing briefs in support of the government’s case against Elonis have argued that social media presents an easy avenue for targeted threats to reach victims, and that Elonis’ posts are examples of online harassment that should not be considered constitutionally-protected speech.

In its own amicus brief, the National Network to End Domestic Violence writes that posting violent threats online is “not artistic expression” and that the burden should fall to the government to prove beyond a doubt that an individual intends to actually commit acts of violence referenced online. “Such a rule would leave too many victims of threats without any meaningful protection. It would also effectively decriminalize conduct that predictably and reasonably creates a genuine fear of violence with all its attendant psychological, emotional, economic, and social disruptions,” the brief reads.

On the other side, several groups have come forward to support Elonis’ petition to have his Facebook posts protected under the First Amendment. Among them are several free-speech rights groups and civil liberties advocates, including the American Civil Liberties Union (A.C.L.U.), who have submitted briefs arguing that there should be a very high federal standard when it comes to convicting someone for online messages perceived to be threatening. “Words are slippery things, and one person’s opprobrium may be another’s threat,” says the brief from a group led by the A.C.L.U.

Another brief features an interesting coalition between the animal rights group People for the Ethical Treatment of Animals (PETA) and several anti-abortion groups. In their own joined brief, those groups made it clear that they do not “condone violence or true threats of violence intended to induce fear of imminent harm,” but they do feel that the government’s arguments could limit their ability to protest. Protests are often built around opposition to an authority, they argue, and frequently include calls to action and passionate language that could be perceived as intimidating by those the protestors challenge. Implementing a standard that determines an online message is criminal because a “reasonable person” would find the language threatening “would allow majority groups or the Government to use the criminal threats statute as a sword to silence opposition on issues where dissenting voices are critical,” PETA and the anti-abortion groups wrote in August.

Meanwhile, the government’s case has also received criticism from several media rights groups, including The Reporters Committee for Freedom of the Press as well as some newspaper owners and journalist guilds. The Supreme Court, those groups said in a brief, should consider the effect its eventual decision could have on journalists and their long-held right to public comment and criticism. “Leaving members of the news media to guess at what a reader or listener might take seriously is likely to lead to a chilling effect as journalists choose to hold back their opinions or a controversial quote, or censor a letter to the editor, out of fear that they could be held responsible for a reader or listener’s overreaction,” the press groups wrote in an August brief.

It is not surprising that Elonis’ case has attracted attention from such an array of interested parties, as a decision by the Supreme Court to uphold his conviction would affect how everyone uses social media and online language. Time wrote last week that many experts expect the Court to rule in Elonis’ favor in order to protect all kinds of speech, no matter how appalling. The Court’s decision is not expected until sometime in 2015.