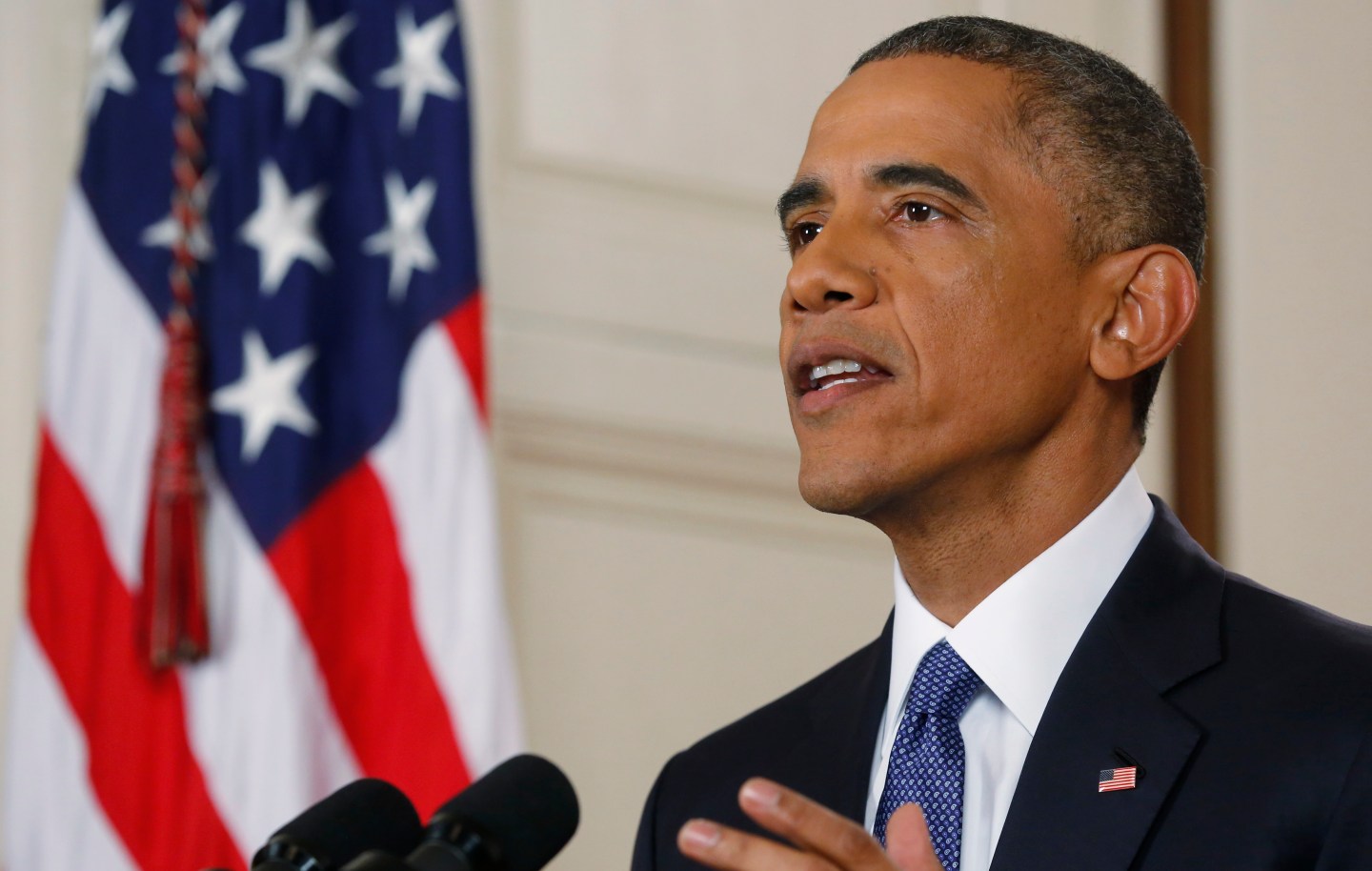 Happy Friday — the last one before the Thanksgiving weekend. Earnings season is slowing down, but the political season is heating up after the failed Keystone XL vote this week in the Senate, and President Obama’s new immigration push. Stock futures are rallying after ECB President Mario Draghi’s comments on fighting inflation and China’s central bank announced a surprise rate cut.

1. Obama heads to Las Vegas for an immigration push

Obama heads to Nevada today — a state has the nation’s highest proportion of undocumented immigrants — to present more information on his immigration plan. He unveiled a sweeping immigration reform plan yesterday evening, which relies on his executive powers and bypasses congressional approvals. It would allow nearly 4.4 million parents of U.S. citizens and legal residents stay in the country without the threat of deportation. That’s shy of half the total 11 million undocumented immigrants in the U.S. today.

For the first time in over two years, China cut interest rates in a surprise move. The country is stepping up its efforts to prop up growth in the world’s second largest economy. China’s economy has faced its slowest growth in nearly 25 years as both factory expansion and real estate have remained weak. The People’s Bank of China said it is cutting one-year benchmark lending rates by 40 basis points to 5.6%, which will take effect Saturday.
[fortune-brightcove videoid=3889980754001]

3. The Fed is reviewing how it supervises big banks

The Federal Reserve will take a good look at crucial aspects of its bank supervision following criticism that the regulator isn’t effective in its policing and stifles internal dissent. The move comes ahead of today’s Senate hearing by a panel on bank regulation. The Fed’s inspector general and a team of staff in Washington, D.C., will look at whether senior investigators are given sufficient information when making decisions that affect the top financial firms. This includes making sure there are ways for divergent opinions to be heard in the process.

William Ruprecht, Sotheby’s CEO since 2000, will step down from the auction house following months of activist investor pressure that resulted in a board shakeup. Hedge-fund activist Dan Loeb and others joined the board of directors in May after Loeb’s firm’s seven-month campaign to overhaul Sotheby’s. Sotheby’s (BID) said the decision was by mutual agreement, and the board has yet to agree on a replacement.

The video game maker’s Super Smash Bros. game for its Wii U console goes on sale today, following record advance orders. Pre-sales for the fighting game surpassed Nintendo’s other hit games including Mario Kart 8. The hit title helped boost the company’s profits to about $224 million last quarter — a major turnaround from a loss of about $74.2 million in the same quarter a year earlier. The game could also help drive sales during the all-important holiday shopping season ahead.