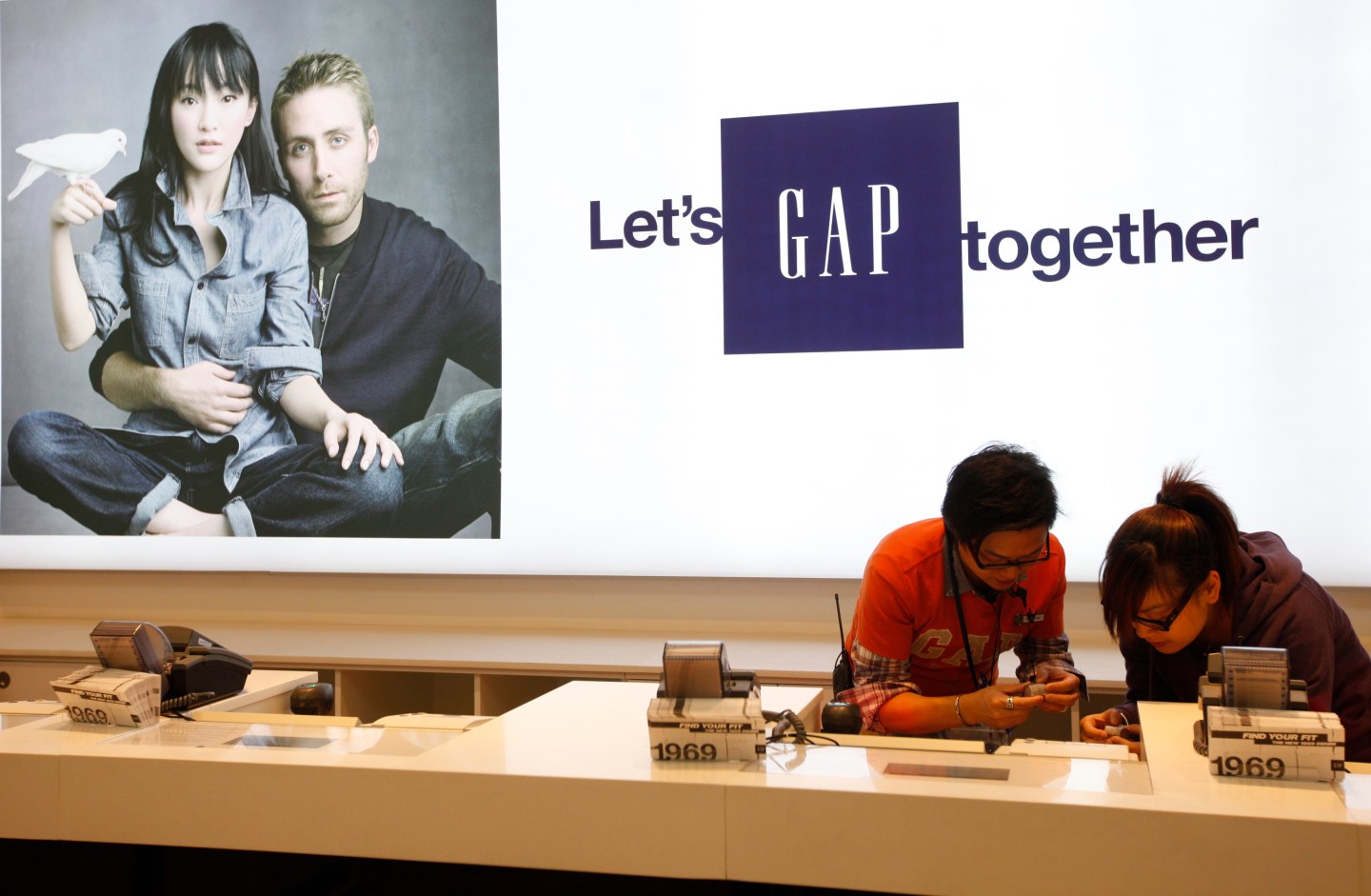 Gap Inc (GPS) is replacing the executives overseeing its Gap and Banana Republic brands in what is the first big moves by incoming CEO Art Peck to re-energize sales at the two flagship clothing chains.

The moves come as both brands have reported uneven results this year amid complaints they do not have enough appealing fashions to keep up with rivals. In the third quarter, comparable sales at the Gap brand fell 5%, and were flat at Banana Republic.

A few years ago, Gap closed dozens of its U.S. stores and focused its expansion on international markets, particularly greater China, where it will have about 110 stores by February. Before that move, it had no stores in China.

In the U.S., Gap has faced stiff competition from the likes of fast fashion leaders like H&M and Uniqlo, challenging its dominance.

At Banana Republic, things have also been a challenge. Earlier this year, Gap Inc hired former J.Crew head designer Marissa Webb as creative director of Banana Republic to give the brand more fashion credibility. Her first collection will be in stores in 2015. Banana Republic generates about 17% of sales. (The company’s biggest brand is Old Navy, which has a slight edge over Gap.)

Stephen Sunnucks, head of Gap Global, will leave the company on Dec. 19, while Jack Calhoun, head of Banana Republic, will leave on Feb. 1. The executive changes were made by Peckm, who is currently the company’s digital chief and who takes the top job in February, replacing Glenn Murphy, who has been CEO since 2007.