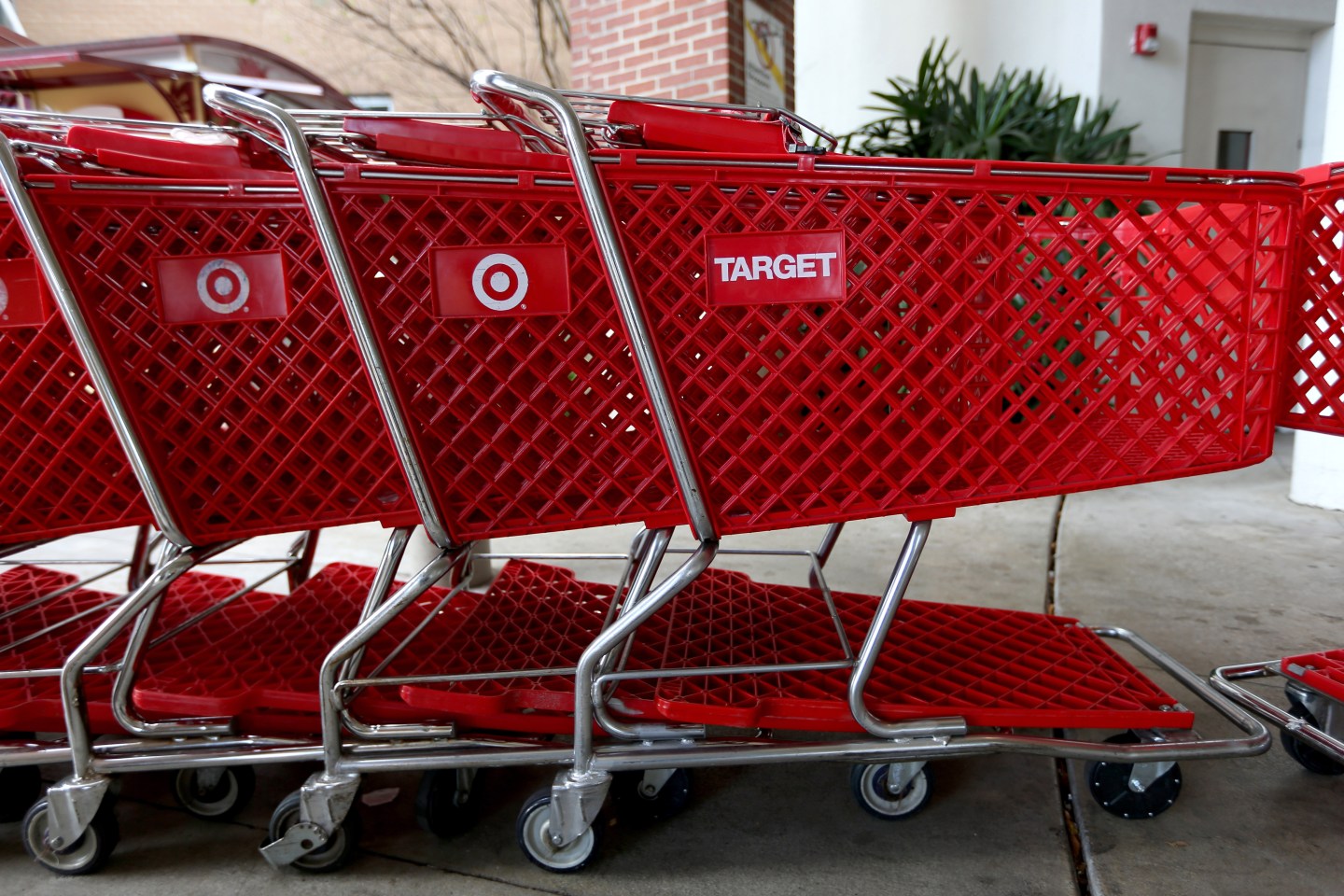 MIAMI, FL - DECEMBER 19: Carts are seen outside of a arget store on December 19, 2013 in Miami, Florida. Target announced that about 40 million credit and debit card accounts of customers who made purchases by swiping their cards at terminals in its U.S. stores between November 27 and December 15 may have been stolen. (Photo by Joe Raedle/Getty Images)
Photograph by Joe Raedle — Getty Images

Target (TGT) reported better-than-expected results in the third quarter, as consumers spent more in U.S. stores and the retailer’s expansion in Canada also greatly added to the sales growth. Here’s what you need to know about the latest earnings report.

What you need to know: Target’s latest results signal that the retailer is successfully moving away from a massive data breach that led to a poor performance during the crucial holiday season last year. In the U.S., overall sales climbed 1.9%, while same-store sales were up 1.2% and better than the expected range of flat to 1% growth. The same-store sales growth was driven by an increase in the amount consumers spent, while the number of transactions that Target recorded decreased.

CEO Brian Cornell said the retailer was “encouraged by the improving trend we’ve seen in the U.S. business throughout the year, and our fourth quarter plans are designed to sustain this momentum.” Cornell became CEO at Target earlier this year and has been hard at work to improve the company’s performance at home while also turn around its unprofitable new Canada division. Target’s latest results indicate he has had some early success.

The big number: Total sales jumped 2.8% to $17.73 billion. Adjusted profit was 54 cents per share, down from 56 cents a year ago but better than the range Target had projected. For the full year, Target now sees adjusted earnings between $3.15 to $3.25 a share, compared with the $3.10-$3.30 range that was predicted in August.


What you might have missed: The retailer’s expansion in Target, which has faced some criticism, remains a challenge. Though sales increased 44% to $479 million, much of that growth was due to store expansion–sales at existing stores only increased 1.6%. Meanwhile, the segment remains unprofitable and gross margins are significantly less than what Target reports in the U.S. Executives at Target have been under pressure to accelerate sales in that a region and justify the investment by building the business up so it can generate a profit.

“In Canada, we’ve made improvements to our operations, pricing and assortment in time for the holiday season,” Cornell said. “We’re eager to measure how our guests respond.”